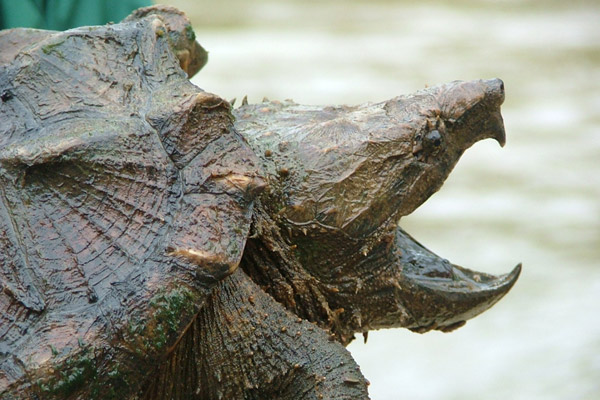 So, you’re a fish swimming in a river in Louisiana. Hungry, you see a little worm wiggling out from the river bed. You swoop in for the ambush only to have that little worm turn into the gaping maw of some prehistoric-looking monster out of fishy nightmares. You’ve been duped: it’s too late to escape as the beast’s jagged jaws close over you. Meet the alligator snapping turtle…or one of several species of alligator snapping turtle. New research finds that this American reptile, described as a single species since 1853, is actually three distinct species, separated by millions of years of evolution.

“Unlike common snappers, these turtles do not move from river to river; they’re isolated and have been for millions of years, through many glacial ages,” said co-author Joe Roman, a biologist at the University of Vermont.

“The Suwannee River turtle is way different from the others; it’s been isolated—as an independent species—into the deep past,” Roman added. After conducting the genetic tests, the researchers also found that the three species were morphologically (physically) different, especially when comparing the turtles’ spiky shells.

Currently, the alligator snapping turtle is listed as Vulnerable by the IUCN Red List, although it hasn’t been assessed since 1996. Once a common species, it has been decimated by habitat loss, pollution, and centuries of overhunting for its meat. The snapping turtle was the headline ingredient in once-popular turtle soup, and is still served in some restaurants in the South. Despite being threatened, trappers are allowed to take the species with a permit in six states including Alabama. But splitting the alligator snapping turtle into three distinct species raises the stakes for their survival.

“This new study shows the extremely rare alligator snapping turtle is even rarer than we thought,” Collette Adkins Giese with The Center for Biological Diversity said. “If we don’t act quickly to protect these dinosaurs of the turtle world, they, too, could go extinct.”

The Center for Biological Diversity and partners petitioned the U.S. federal government in 2012 demanding that the alligator snapping turtle be protected under the Endangered Species Act, along with 52 other reptiles and amphibians.

“These are the symbols of their rivers and part of the cultural history of bayous and backwaters,” said Roman. “As top predators, they’re a key part of the ecosystem. By protecting the rivers and their unique species, you’re protecting fisheries, oyster beds and the recreation economy that people living there depend on.” 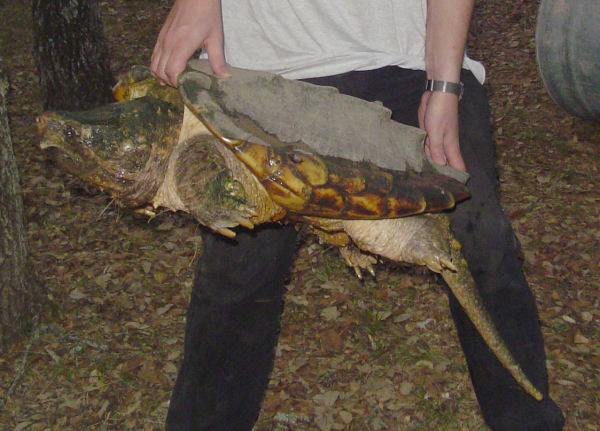 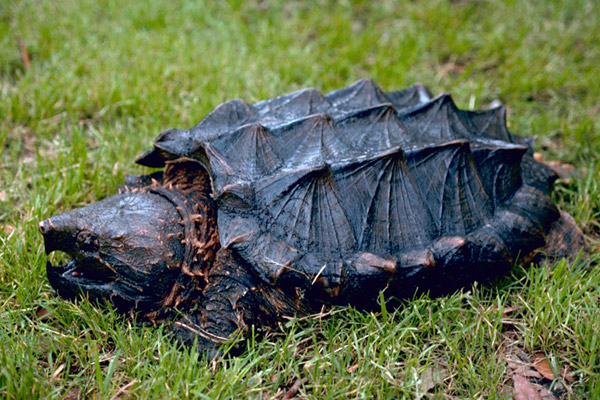