Last month I had the great fortune of going on safari for a couple of days in South Africa. But I also had the misfortunate of witnessing the horror of the rhino poaching crisis first hand: in the three days I was on a game reserve, two rhinos turned up dead. 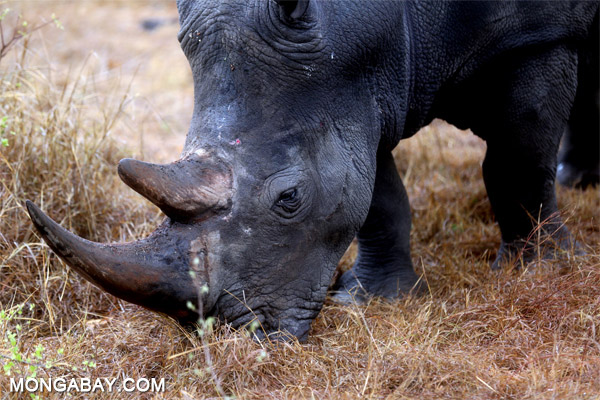 I was staying on a private game reserve on the eastern border of Kruger Park, South Africa’s best-known park. The private reserve prides itself of reducing risks to rhinos — it bars guests from bringing phones or iPads on game drives fearing that instant posts on social media could reveal a rhino’s location. The reserve’s rangers are on alert for passing aircraft that could be spotters for poachers.

Yet the areas outside the reserve have lately become a rhino blood-bath. Some 790 rhinos have been poached across South Africa in 2013 (through October 25), a shocking number considering South Africa’s reserves are probably the best managed in the whole of Africa. 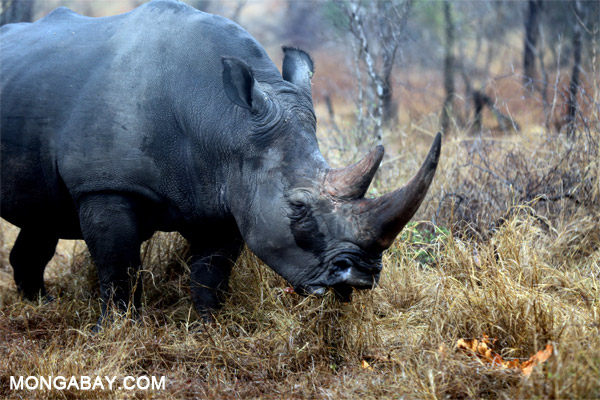 On my first day in the reserve a female rhino was found dead with its horn sawed off. The rhino wasn’t gunned down in the reserve — it ran into the area after it was shot on a neighboring reserve (a rhino may run upwards of 10 kilometers after being shot).

The area immediately became a crime scene — an electric fence was put around the carcass until authorities could document what had happened. Meanwhile a helicopter patrol looked for signs of the poachers. No one was spotted.

The morning of my last day in the reserve we encountered a dead baby rhino that appeared to be the calf of the poached mother. A ranger said it appeared to have been killed by hyenas after its mother was killed. The orphan’s horn was still intact.

The rhino deaths cast a pall over what was otherwise a great trip. It’s hard to imagine who would buy rhino horn given that it requires the slaughter of such magnificent animals. 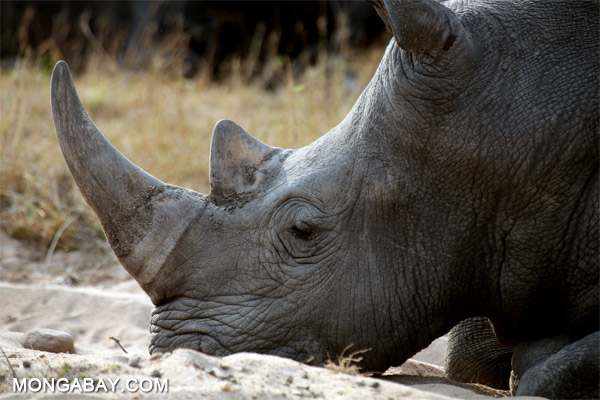 Cutting the horns off live rhinos to keep them from getting poached apparently doesn’t work. Poachers will kill hornless rhinos so they don’t have to go to the trouble of tracking a rhino with no market value.