Today is Earth Overshoot Day, according to the Global Footprint Network and WWF’s Living Planet Report, which means the seven billion people on Earth have consumed the globe’s renewable resources for the year. In other words for the next 133 days humanity will be accumulating ecological debt by overdrawing on our collective resources.

“Simply put, we are asking for more than we have available,” said Jim Leape, Director General of WWF International. “Nature is the basis of our wellbeing and our prosperity—but we are using up way too much of the Earth’s finite resources.”

WWF and Global Footprint Network track renewable resource-use like fisheries, forests, land use, and greenhouse gas emissions to track just how quickly global civilization runs into the red. Once the limit is hit, society begins to deplete natural resources, a practice which is helping to drive biodiversity loss, climate change, and other global environmental problems. Rising greenhouse gas emissions is especially pushing society over ecological limits.

“More than 50 per cent of humanity’s Ecological Footprint is composed of our carbon footprint, especially from the burning of fossil fuels,” notes Leape.

Humanity first overshot its annual resources in the mid-1980s and has been continuing to draw more-and-more annually as both populations and consumption patterns continue to rise. Last year, Earth Overshoot Day fell on August 20th. 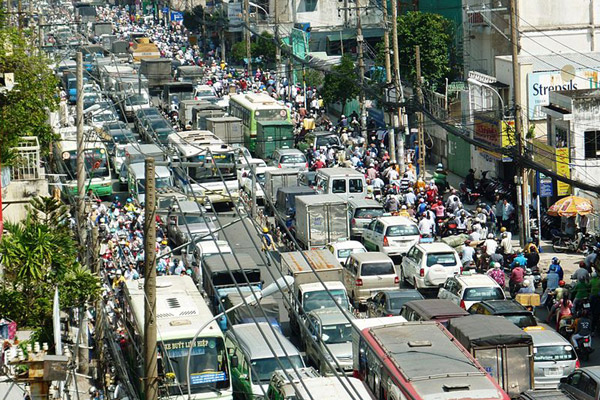 (08/20/2013) On a cross-country bus trip through the American Midwest, I watch cool morning mist rise from patchwork fields. Between the fields stand groves of dark green mid-summer trees, I am reminded that this scene is in jeopardy. The region is cited for its vulnerability to desertification associated with climate change.

(05/30/2013) A new study by Australian scientists projects that the world will likely warm between 2 and 6 degrees Celsius (3.6 to 10.8 degrees Fahrenheit) from pre-industrial levels by 2100. The study published in Nature Climate Change finds that exceeding the 2-degree threshold is very likely under business-as-usual emissions scenarios even as scientists have long warned that passing the 2-degree mark would lead to catastrophic climate change.

(05/28/2013) The majority of the 9 billion people on Earth will live with severe pressure on fresh water within the space of two generations as climate change, pollution and over-use of resources take their toll, 500 scientists have warned.