Nearly two hundred tigers roam the lowland forests of Nepal, according to a new survey. This is a 63 percent increase in the country’s tiger population since 2009, and rare good news for global efforts to save the tiger from extinction.

The survey counted 198 Bengal tigers (Panthera tigris tigris) across five parks and three wildlife corridors in Nepal. Tiger number were up everywhere, but in Bardia National Park the population went from just 18 individuals in 2009 to 50 today (an increase of 277 percent). Still, tigers have a ways to go in Nepal before really recovering: in 2000 there were an estimated 360-370 tigers in the country.

At a Tiger Summit in 2010, all 13 tiger range countries pledged to double global tiger numbers by 2022. The first-ever of its kind summit raised $300 million for tiger conservation efforts.

Scientists estimate that only around 3,000 tigers survive in the wild today, a 95 percent drop from their population at the beginning of the Twentieth Century. Tigers have been decimated by habitat destruction, prey decline, and poaching for skins and traditional medicine. 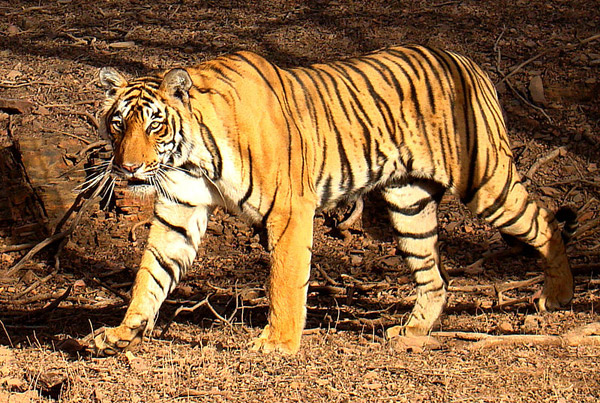 (07/12/2013) Five men were finally rescued on Monday after spending five days trapped in a tree by a group of Sumatran tigers. A team of around 30 people rescued the men after several tiger tamers were able to lure the animals away using chants and mantras. The men were attacked inside Aceh’s Gunung Leuser National Park by a mother tiger after accidentally killing its cub in a trap the group had set to hunt deer. The tiger killed one of the men, 28-year-old David, and forced the others to escape up a tree.

(06/28/2013) The critically endangered Sumatran tiger may be even rarer than previously thought, reports a study published in the journal Oryx.

(06/24/2013) There are often many obstacles for scientists when gauging wildlife decline and forest loss, and one of the most difficult is civil conflict, like the situation in the Similipal Tiger Reserve in India. But a new study in mongabay.com’s open access journal Tropical Conservation Science (TCS) finds that local communities may be used to gauge forest loss and wildlife decline for baseline data when conflicts or other obstacle prevent long-term research and monitoring.