Last month, Indonesia’s indigenous people won the right to manage their own customary forests after a landmark Constitutional Court ruling struck down a law that had previously given the central government control over indigenous land within the country’s forest estate. On Thursday, Indonesian President Susilo Bambang Yudhoyono announced his support for the decision and said he was committed to taking a first step towards its implementation – beginning a process to register and recognize traditional territories.

“This [Constitutional Court] decision marks an important step towards the recognition of indigenous rights to lands, territories and resources,” Yudhoyono said in a speech at a meeting of the Tropical Forest Alliance 2020, a partnership between governments and the private sector that aims to reduce commodity-driven destruction of tropical forests.

“[The] decision will also enable changes in Indonesia towards sustainable growth with equity in the [forestry] sector and [peat] swamp forest,” Yudhoyono added.

In a review of Indonesia’s 1999 Forestry Law, the court ruled that customary forests should no longer be classified as “State Forest Areas.” Prior to the ruling, the central government had the power to manage and grant concessions in areas within the country’s forest estate, regardless of whether local communities held traditional claims to the land. However the full impact of the May 16 ruling is still unclear, as implementation of the decision is likely to be a complex and lengthy process.

“[AMAN] is very happy and appreciative as the president considers it important that the Constitutional Court’s decision [is implemented],” said Abdon Nababan, secretary general of the Alliance of Indigenous Peoples of the Archipelago (AMAN), and indigenous rights group that initiated the judicial review. “Moreover, the president has expressed his commitment not only as head of state, but also personally. Now, we are waiting for concrete steps from the president.” 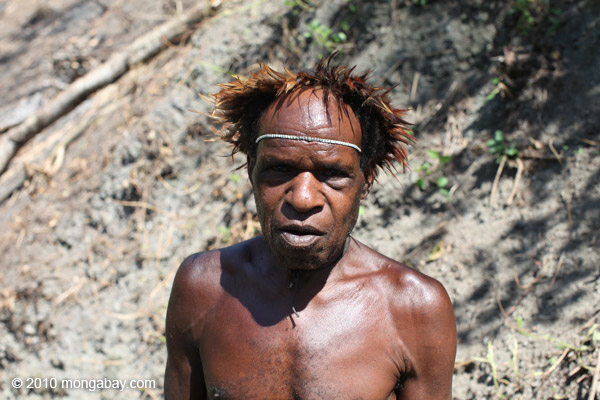 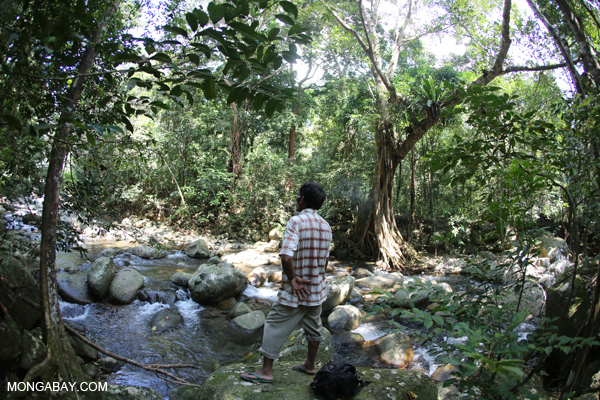 Man looking at an area of community forest in Aceh. Photos by Rhett A. Butler