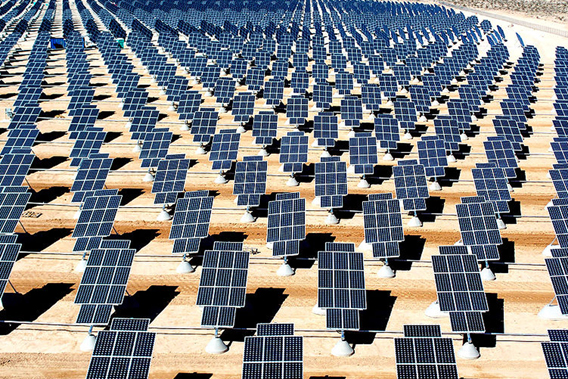 “No one would have predicted even 10 years ago that we would see more than 100 GW of solar photovoltaic capacity in the world by 2012,” Winfried Hoffman the President of the EPIA said.

“The photovoltaic industry clearly faces challenges but the results of 2012 show there is a strong global market for our technology,” said Hoffman. “Even in tough economic times and despite growing regulatory uncertainty, we have nearly managed to repeat the record year of 2011.”

Currently, Germany is the world leader in total installed solar energy, followed by Italy, China, the U.S., and Japan.

(03/08/2012) Imagine powering your cell phone by leaving it on the window sill. Sounds like science fiction? Actually, this might soon turn into reality. Scientists have been exploring the potential of solar energy for decades. One of the cheapest ways to turn solar energy into electricity is by creating solar cells from organic polymers, which are easily manipulated by scientists. However, such cells are not efficient at converting sunlight to electricity. But now, researchers at UCLA’s Department of Materials Science and Engineering have come up with a new type of solar cell that sets the record in changing sunlight into power.

(09/06/2011) As many people in the United States question whether renewable energy is a viable alternative to fossil fuels, Germany now derives 20.8 percent of its electricity from renewable sources—a 15 percent increase since 2000, reports Der Spiegel. In contrast, the United States generates only 10 percent of its electricity from renewable sources, 6 percent of which comes from hydroelectric power, which some environmentalists see as unacceptably damaging.