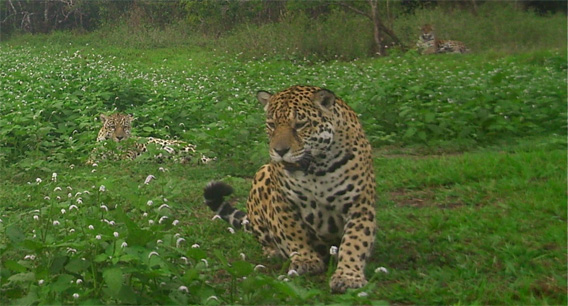 Images of several jaguars, including cubs, have been captured by camera traps on a Colombian ranch that is well known among cat researchers for its diversity of felines.

Nelson Barragan, who owns Hato la Aurora ranch with his extended family, provided the images, which have been snapped by motion-activated cameras over the past few months.

Hato la Aurora was the subject of a Dot Earth Postcard I provided to the New York Times last year. Here’s an excerpt from that write up. 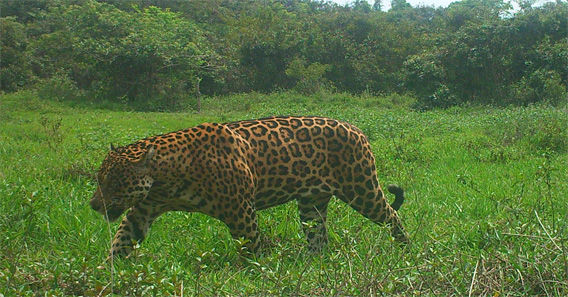 I’m writing from Casanare in eastern Colombia. The region is known for the llanos, an area of tropical savanna that could be described as a cross between two ecosystems in South America: the flooded grasslands of Pantanal and the prairie-like Cerrado. The region is extremely rich with wildlife. A lot of animals found in the Amazon live here, except they are out in the open and therefore easier to see.

I’ve been staying on a cattle ranch called Hato la Aurora where the owners have gone to great efforts to accommodate both livestock and wildlife. The efforts have paid off — a few days ago I was in an area of flooded pasture where I could see at least 1,000 capybara, the world’s largest rodent. There are more than 400 species of birds on the ranch and five species of wildcat have been photographed here (Panthera, WWF, and other conservation groups have conducted research here due to the accessibility of the site and abundance of cats).

There seem to be some strong benefits from preserving gallery forest along waterways, restricting hunting, and allowing forest to regenerate. Instead of killing livestock, big cats hunt the plentiful capybara, iguanas, birds, and other wildlife — the family that runs Hato la Aurora says it loses less than 20 head (cattle, goats, sheep) a year to predation. The family is now looking to allow bird watchers and ecotourists to stay on their ranch.

But while this ranch seems idyllic from a wildlife perspective, it is increasingly an island: the llanos are well suited for large-scale industrial agriculture and oil and gas development. Accordingly, the region is being rapidly developed–land prices are up 20-fold in some areas over the past 20 years.

The Colombian government tends to overlook conversion of the llanos, probably because of its agricultural potential. Also, unlike the Amazon and Choco ecosystems where rainforests dominate, the vegetation in the llanos is scrubbier and looks less like forest (except along waterways). The situation is therefore similar to Brazil, where agricultural expansion is occurring faster in the Cerrado than the rainforest.

In coming years, it seems likely that the llanos will become both an agro-industrial breadbasket and a major energy corridor for Colombia. The Colombian economy of course will be richer, but there will be a cost to the country’s wildlands and biodiversity. 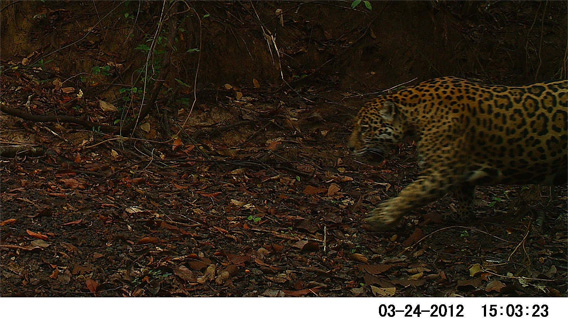 Since the New York Times brief was posted, Hato la Aurora has expanded its ecotourism offerings, including adding an air strip to ease visits to the ranch.

I took many pictures during my visit to Hato la Aurora. Check out La Aurora for more. 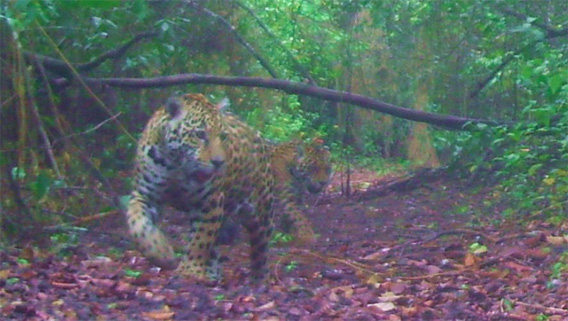 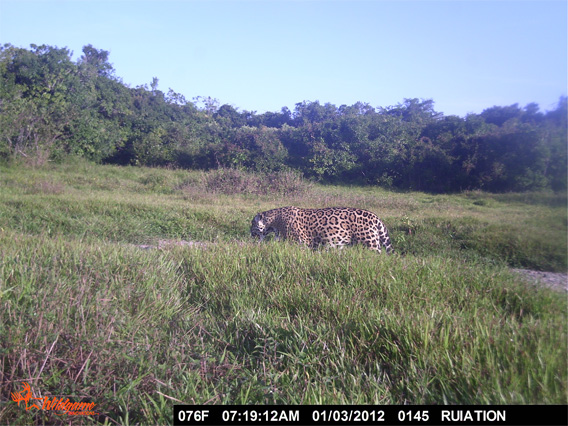