It is well documented that our planet, along with its biodiversity and life-sustaining resources, is severely threatened. Lesser known is that some of the bravest among us, our environmental defenders, are putting their lives on the line on a daily basis. According to Global Witness, hundreds of activists, indigenous leaders, and environmental journalists have been killed in the past five years. Still more have faced intimidation, legal threats, and brutal violence over their efforts to protect the planet and its resources.

In an October 2016 interview with Mongabay, Soros spoke about his work and the challenges facing environmental and human rights defenders.

Mongabay.com: What was the inspiration for launching the Alexander Soros Foundation Award

Alex Soros: The inspiration behind this award comes from my interactions with the organization Global Witness, in particular their founders: Patrick Alley, Simon Taylor and Charmian Gooch. My fellow Global Witness Advisory Board member, the Liberian activist Silas Siakor, who was crucial in bringing down the kleptocratic and oppressive regime of Charles Taylor, was the first ASF Award winner.

In spending time with Patrick, Simon and Charmian, I realized that the environmental movement faces many difficulties, one of which is that the faces of the movement are people I like to refer to as “global north actors” or “first world actors.” People like Al Gore. I’m not saying there’s anything wrong with the work done by these people, but I do think that they are not the true heroes of the environmental movement.

Mongabay.com: In the five years that you have been giving this honor, have you observed any trends when it comes to environmentalists under threat? For example, is there greater awareness of crimes against activists or stepped up prosecution?

In March of 2016, Goldman Prize winner Berta Cáceres was murdered near her home in Honduras. Given her global network and international reputation, her murder caught the attention of the State Department, and Keith Ellison, one of the most charismatic congressmen in the US House of Representatives, gave a speech on the floor of the US House of Representatives about Berta’s murder and the plight of environmental defenders around the world.

So it’s clear that the issue is more top-of-mind for the international community and for civil society, but that’s only because environmental defenders are in more danger now than ever been before. It’s a double-edged sword.

Mongabay.com: Is the philanthropic community taking notice of this issue?

Mongabay.com: What are some paths forward to help address violence against activists? For example, are there good examples of where activists are allowed to do their work without intimidation? Or are there technology tools that can help?

Alex Soros: There are dozens of answers to this question, but I’ll highlight the ones I believe are most important.

On a broader level, the extractive industries often collude with corrupt government officials and law enforcement organizations to intimidate, harm and even kill environmental defenders. The members of the police and military terrorizing these communities should be targeted by international law enforcement organizations. These individuals are clearly violating the human rights of indigenous communities around the world.

Technology is another important tool that activists can use to campaign and to protect themselves. The Prey Lang Community Network is an excellent example of an organization that is integrating technology to enhance its work. The PLCN has been in an ASF grantee since the 2013 ASF Award was given in honor of Chut Wutty, who was murdered protecting Cambodia’s Prey Lang forest. They have developed a smart phone app that allows them to flag illegal logging operations in real time, and also allows them to stay in communication with one another as they patrol. Defenders are often isolated, but if threatening individuals know that defenders are in contact with one another and with the organizations that support them, they’re less likely to harm them.

The last thing I’ll say on this: part of the reason I started my award is because I hope that my award serves to protect the at-risk recipients of the award. The more people like me use their platforms to call attention to the individuals on the front lines of the fight to protect the environment, the more protected these defenders will be. That said, Berta Cáceres won the Goldman Prize, but that didn’t stop her murder.

Mongabay.com: Where/What are the most critical battlegrounds currently?

Alex Soros: I know I’m talking about Honduras a lot, but that country is the most dangerous country for environmental defenders, and is therefore a critical battleground.

I gave my 2016 award to an environmental defender from Papua New Guinea. That country is a unique and interesting battleground for a variety of reasons. Firstly, there is so much virgin forest in PNG because the PNG government has given constitutional land rights to the indigenous peoples who live there. Unfortunately, these constitutional protections are being circumvented with a land grabbing scheme called a Special Agriculture and Business Lease. Check out alexsoros.com/alexander-soros-foundation-award for more on that.

What’s happening in PNG is awful because logging companies are clearing virgin rainforest as quickly as they can and are replacing these rainforests with oil palm plantations. Oil palm is awful for the environment, and oil palm operations have a high rate of human rights abuses. I’ve seen photos of women and children wading in vats of fertilizer without shoes on. Water supplies are contaminated. Oil palm is a devastating crop. We should look to eliminate it from our supply chain.

Mongabay.com: Are you focusing your efforts on any specific areas?

Alex Soros: The ASF award has gone to activists working in Liberia, Cambodia, Peru, the Democratic Republic of the Congo, and Papua New Guinea. Geographical diversity is one of the key factors my amazing nominating committee uses to determine who is up for the award every year, and geographical diversity factors into my decision making. I trust that the nominating committee will assemble an equally diverse group ahead of the 2017 ASF Award. 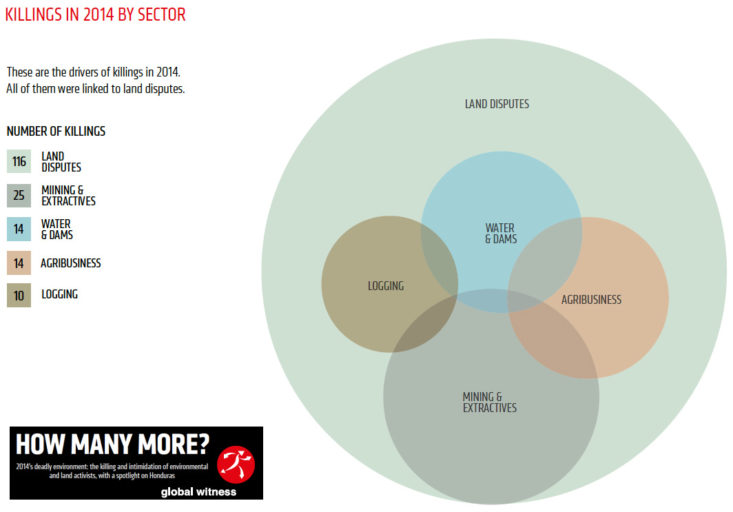 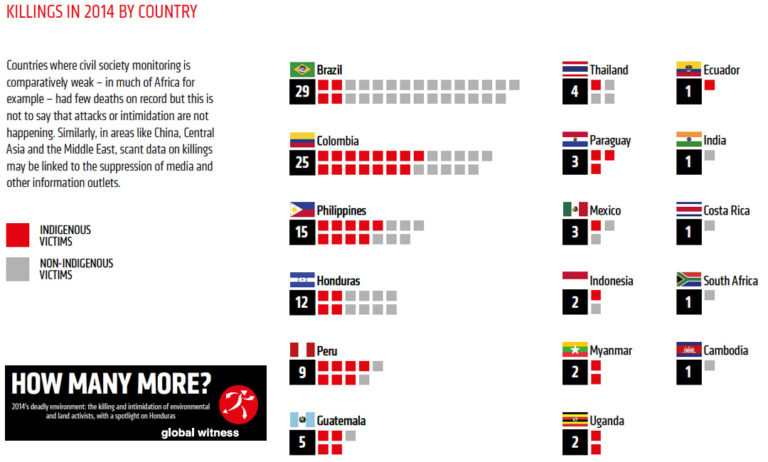 Mongabay.com: Given ongoing environmental challenges and persistent threats against activists, it is easy to be pessimistic.  What gives you hope?

Alex Soros: Speaking with the ASF award winners like Paul Pavol and Diana Rios gives me hope whenever I start thinking pessimistically about their plight. These are people who love their land and love their home, and they won’t stop fighting until they know that both are safe. The public’s awareness and support of environmental defenders is growing. It is a dark time for defenders, yes, but if we continue to support them, I think we can make a real change.

I also think that if environmental defenders become the Rosa Parks’ and the Caesar Chavezes of the environmental movement, the movement will gain unprecedented traction, particularly given that we continue to have the hottest months on record, and volatile weather patterns are increasing the frequency and ferocity of natural disasters.

Mongabay.com: How can the general public help?