“This hatching is a big breakthrough for us and is the result of nearly five years of round robin pairing amongst our younger set of eagles at the center,” PEF Executive Director Dennis Salvador said in a statement. “We are proud of our conservation breeding team for their perseverance at this very challenging task.”

One of the largest eagles in the world, the Philippine eagle (Pithecophaga jefferyi) is critically endangered and has only around 500 individuals remaining in the wild.  Breeding these birds in captivity is a challenge.

“Our greatest challenge has been working on birds that need to be rehabilitated first before they are conditioned for captive breeding,” PEF Curator Anna Mae Sumaya told Mongabay. “Many of these birds have either been shot or trapped with unclear histories as they were admitted into the Center.”

Sumaya added that the captive breeding program works with only four eagle pairs, and successful breeding requires the right amount of conditioning and intervention. The recently hatched eaglet is doing well, she said. 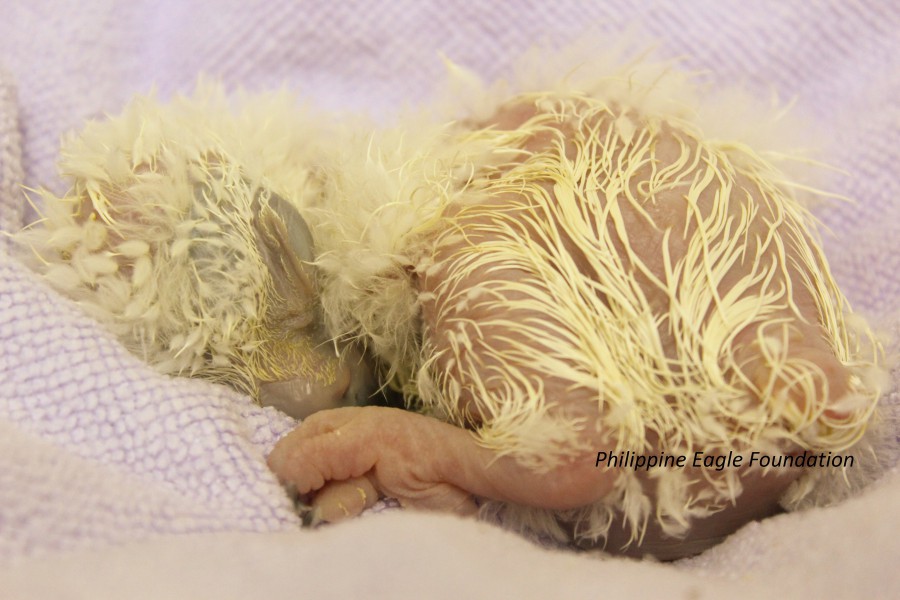 Of the 26 eagles born in captivity at the center, PEF has released three into the wild. However, one of the released eagles died due to electrocution, and another was shot and killed.

“The third one was able to venture away from the release site, following riparian forest for a year,” Sumaya said. “However, the eagle frequented communities near this habitat and was occasionally observed preying on their livestock, thus was brought back to the Center.”

The recently born chick will become a part of PEF’s breeding program, and will be as part of the captive gene pool, she added. The Philippine eagle center houses 34 Philippine eagles in total.

A group of fountain pen enthusiasts, called the Fountain Pen Network, has donated Philippine Peso 50,000 (~$1,000) to the eagle center to help with the “baby eagle’s initial needs until someone decides to adopt the eaglet.”