Protected by law but threatened by trade, rare and endangered parrots native to Indonesia are frequently sold via Facebook in the Philippines, a new survey has found.

The analysis of online sales, government seizures and trade data compiled by the U.K.-based wildlife trade watchdog TRAFFIC indicates strong market demand in the Philippines for birds native to Indonesia.

Though officials have stepped up seizures, researchers say regulation of online sales remains absent or inconsistent, and warn that poached birds could potentially be sold from the Philippines to other countries.

Researchers surveyed 20 Facebook groups known to sell wild birds between January 2018 and December 2019, finding 501 posts by vendors in the Philippines selling a total 841 birds native to Indonesia. These species, which aren’t found in the Philippines, were mostly native to the eastern Indonesian islands of Papua and the Wallacea biodiversity hotspot.

Researchers identified 25 different species of birds from the posts, 24 of which were regulated by CITES, the global convention on the wildlife trade.

Serene Chng, one of the report’s authors, said researchers scanned sales posts for visual indications that the birds had been caught in the wild: birds that appeared injured or had missing feathers from being caught, or lacked tags used by captive breeders like microchips or closed rings around their legs. More than half of the posts analyzed advertised birds the researchers suspected were wild-caught.

The most common bird found among the trading posts was Eclectus roratus or the eclectus parrot, with 281 birds found for sale, followed by the sulfur-crested cockatoo (Cacatua galerita, 152 found) and the white cockatoo (Cacatua alba, 80), which is an endangered species.

Prior to publishing the report, the researchers notified Facebook of the 20 groups that displayed offers for allegedly wild-caught birds. While Facebook removed the 20 groups, TRAFFIC noted that it had found 144 new groups selling birds as of January 2022.

Chng said this is an example of a consistent pattern: researchers from groups like TRAFFIC will alert Facebook or other platforms about illicit sales and the groups will disappear, only for others to pop up in their place later on. Though repetitive, she said, the effort of constantly reporting this activity effectively discourages smaller sellers.

“In established groups that have been there for a while, there’s more opportunities for stronger trader-seller connections to be formed because they have their own network and they’re maintained, but when these [networks] are disrupted … these can take time to be reestablished,” she said.

Boyd Leupen, a program officer for the Monitor Conservation Research Society who has studied Indonesia’s domestic bird trade, says the international sales of birds is a fraction of the local demand. This, he says, could be because the Philippines has domestic songbird populations that would satisfy the market, while Indonesia “has a unique songbird-keeping culture, which may be less present in the [Philippines].”

“Whereas parrots make up 99% of the trade in the [Philippines] report, they are a minority in the [Indonesian] domestic market where their trade numbers are dwarfed by those of songbirds (Passeriformes),” he said, adding that parrots are also in demand internationally.

Though he hasn’t conducted on-the-ground market studies in Indonesia since the start of the COVID-19 pandemic, Leupen noted an increase in the online domestic trade of songbirds. He pointed to a recent survey that scraped more than 100,000 online sale posts to find 247 different species of songbird for sale in Indonesia’s domestic market between April 2020 and June 2021. 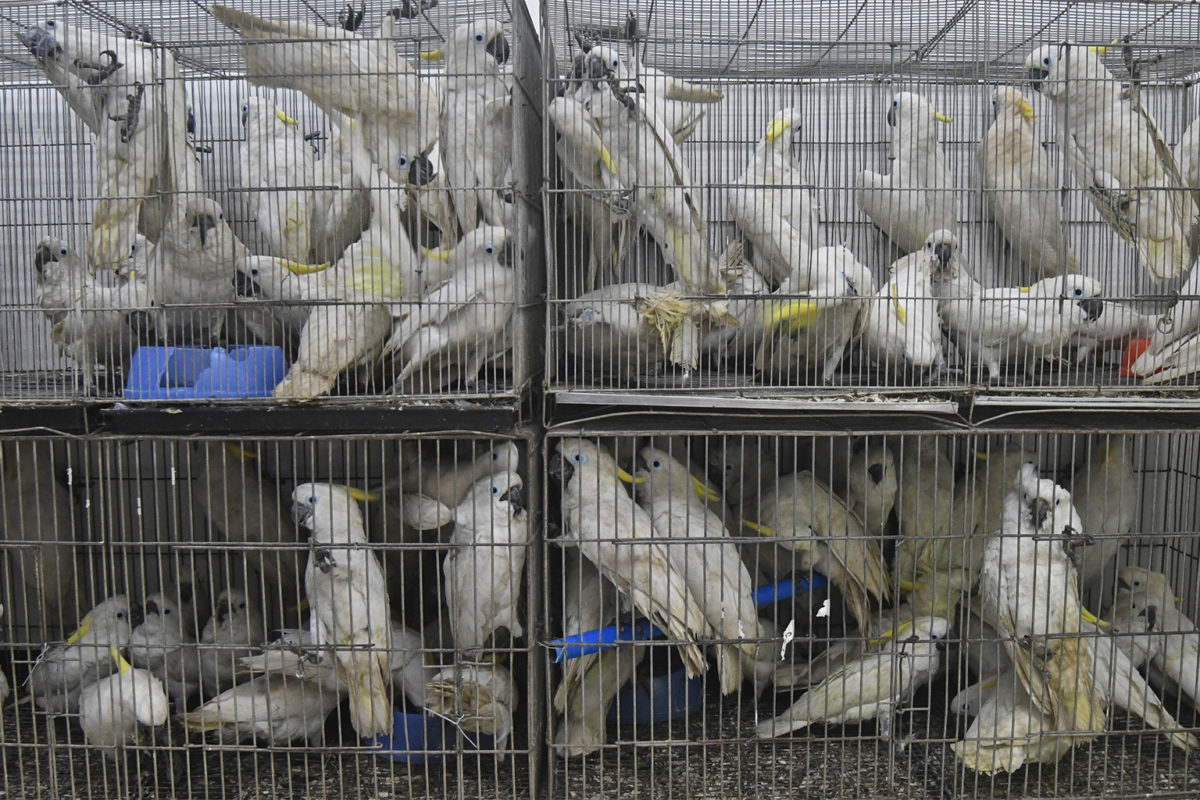 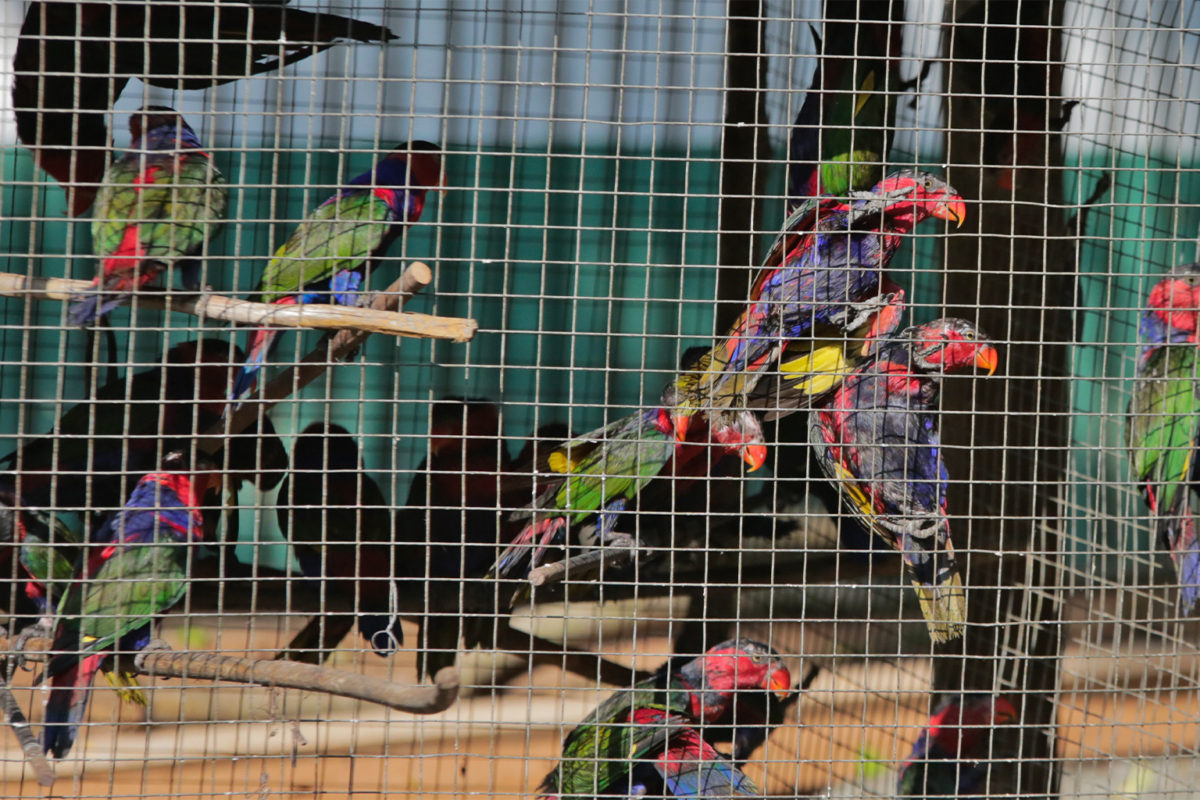 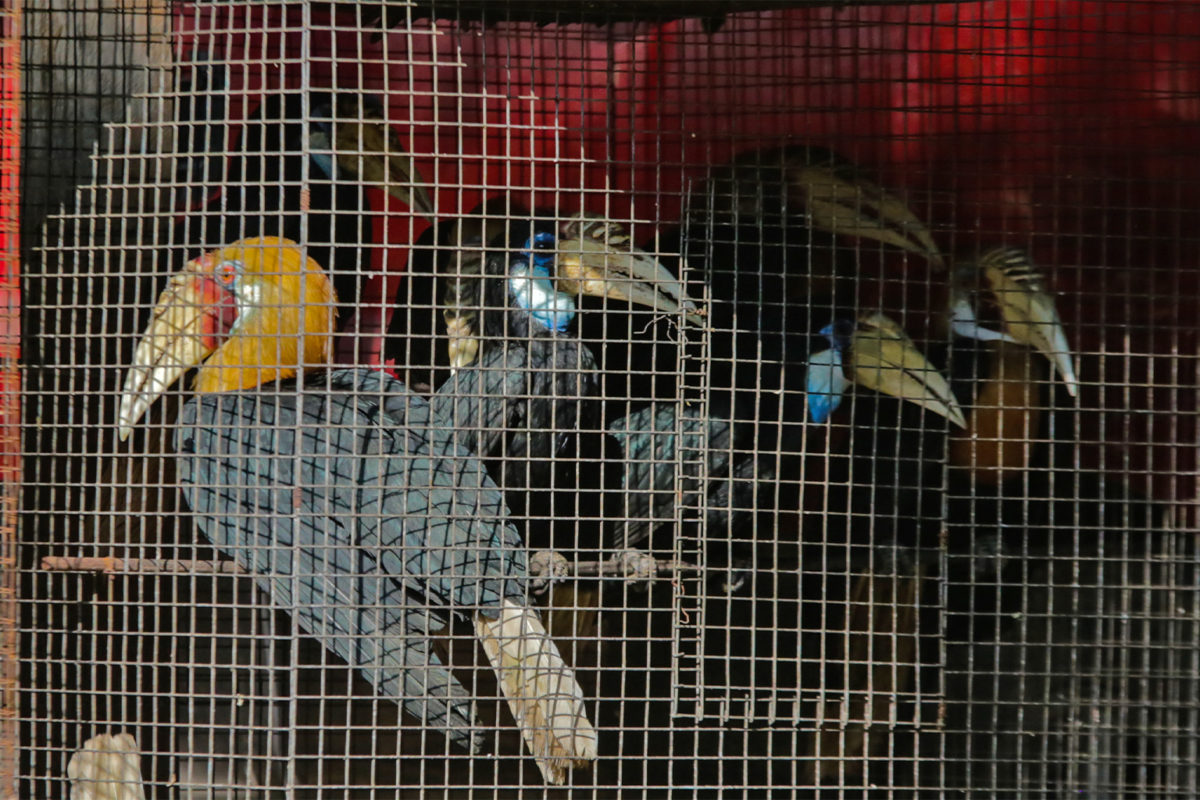 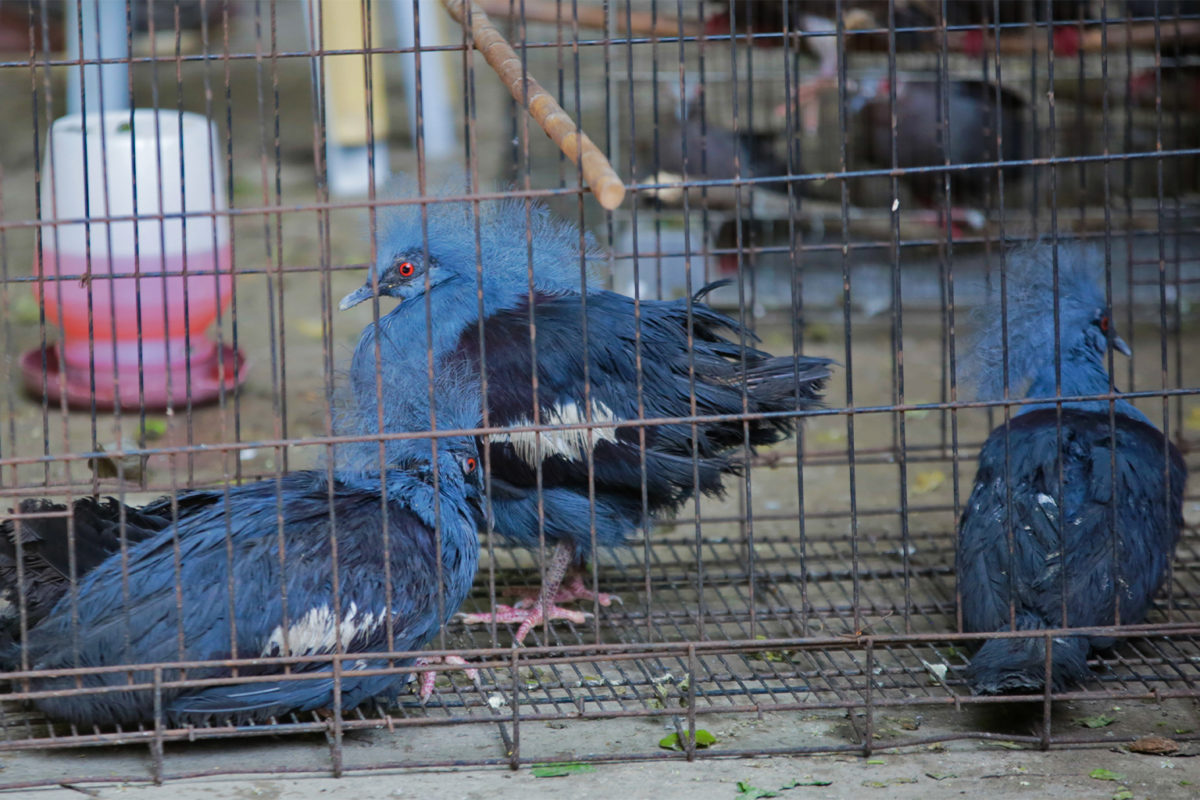 Leupen noted that trade in songbirds and in parrots appear to be largely separate, but both indicate a need for stronger enforcement.

“In 2018 the [Indonesian] Government revised the protected species list, adding many bird species, which could be seen as an effort to better regulate trade,” he wrote. “However, bird trade in [Indonesia] is so culturally entrenched that illegal or unsustainable trade are often not an enforcement priority.”

Chng also emphasized the need for tighter enforcement, noting that while seizures by authorities in the Philippines and Indonesia are increasing, the unofficial trade continues to flourish.

The TRAFFIC report also compared trade data from the Philippine government and other countries, noting that the Philippines reported exports of 1,034 birds of 21 species between 1979 and 2019, but other countries reported receiving eight times that total. And while the country already has legislation banning trade of wildlife from any seller without a permit, the report found exports of six bird species listed under CITES Appendix I, for which commercial trade is prohibited, and for which there are no approved export facilities in the Philippines.

One potential solution Chng recommended is to hold regular inspections of licensed breeding facilities, adding this is an issue globally.

“There’s so many examples of registered breeding facilities that are not actually breeding birds or any other type of animal,” she said. “They are taking animals from the wild and they’re holding them, selling them and passing them off as captive bred.”

An independent inspector, she added, “can have a look at [a] place and say there’s no way there’s breeding going on here.”