The Gura Ferda forest in southwest Ethiopia is a beautiful example of a forest and local people living in harmony, says biodiversity and protected area specialist Julian Bayliss.

Bayliss, who recently returned from surveying Gura Ferda, has spent more than three decades working in forest environments across Africa and says the forest stands out.

“It is the most important forest in Ethiopia, if not the East African region, as it is a rare example of such a forest in its size and condition,” he says. “It’s one of the most intact Afromontane forests I have visited.” 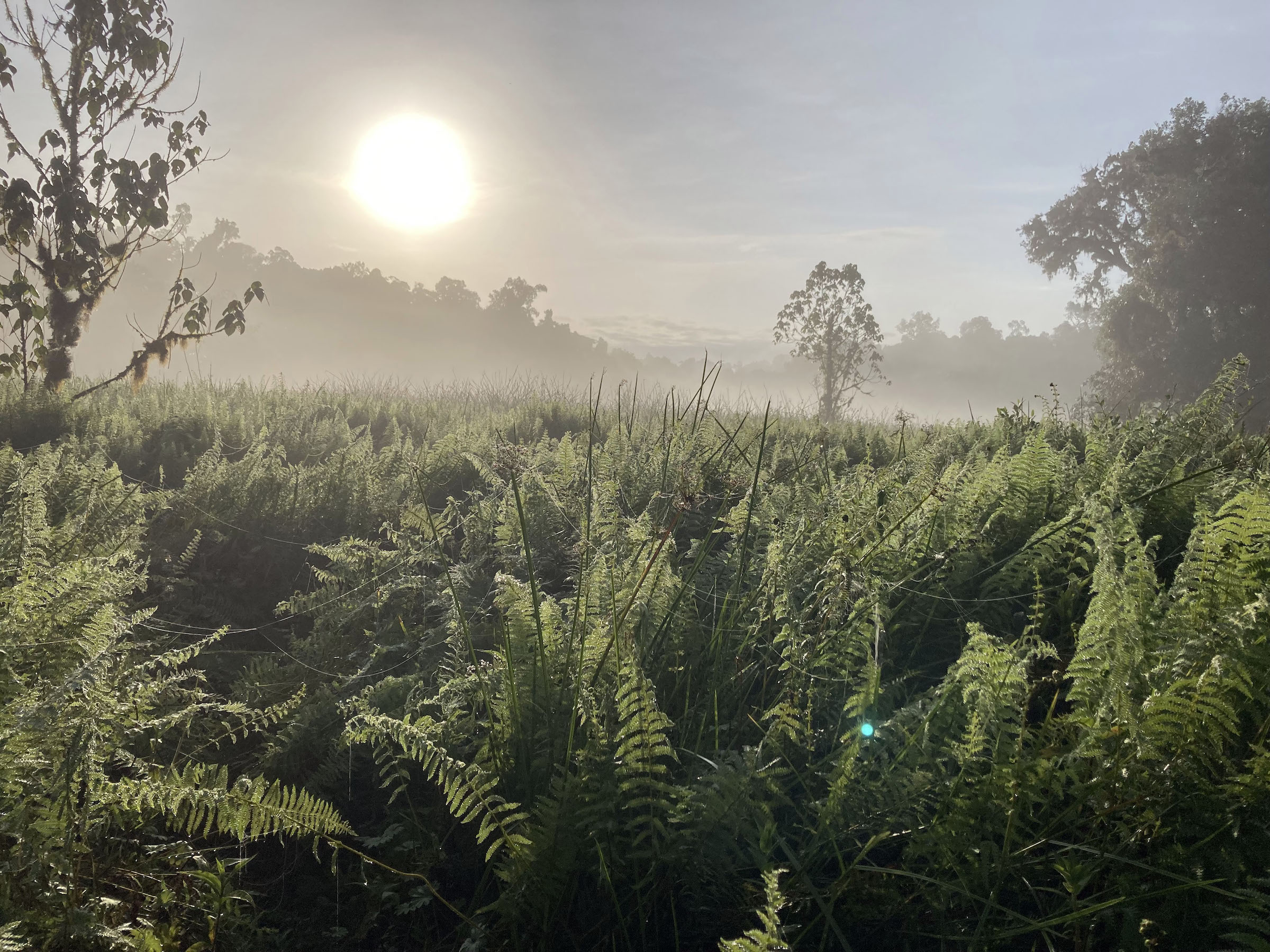 “What’s particularly interesting about this forest is its size – it is a massive block of undisturbed primary forest, pretty much unprotected at legislative level, but protected by communities at local level,” says Bayliss. “The importance of saving this place is how big it is.”

Wet forests contain by some estimates up to 80% of terrestrial biodiversity and Bayliss describes this one as “dripping” with epiphytes and other flora, and filled with a huge range of animal species from black and white colobus monkeys to leopards to mongoose. 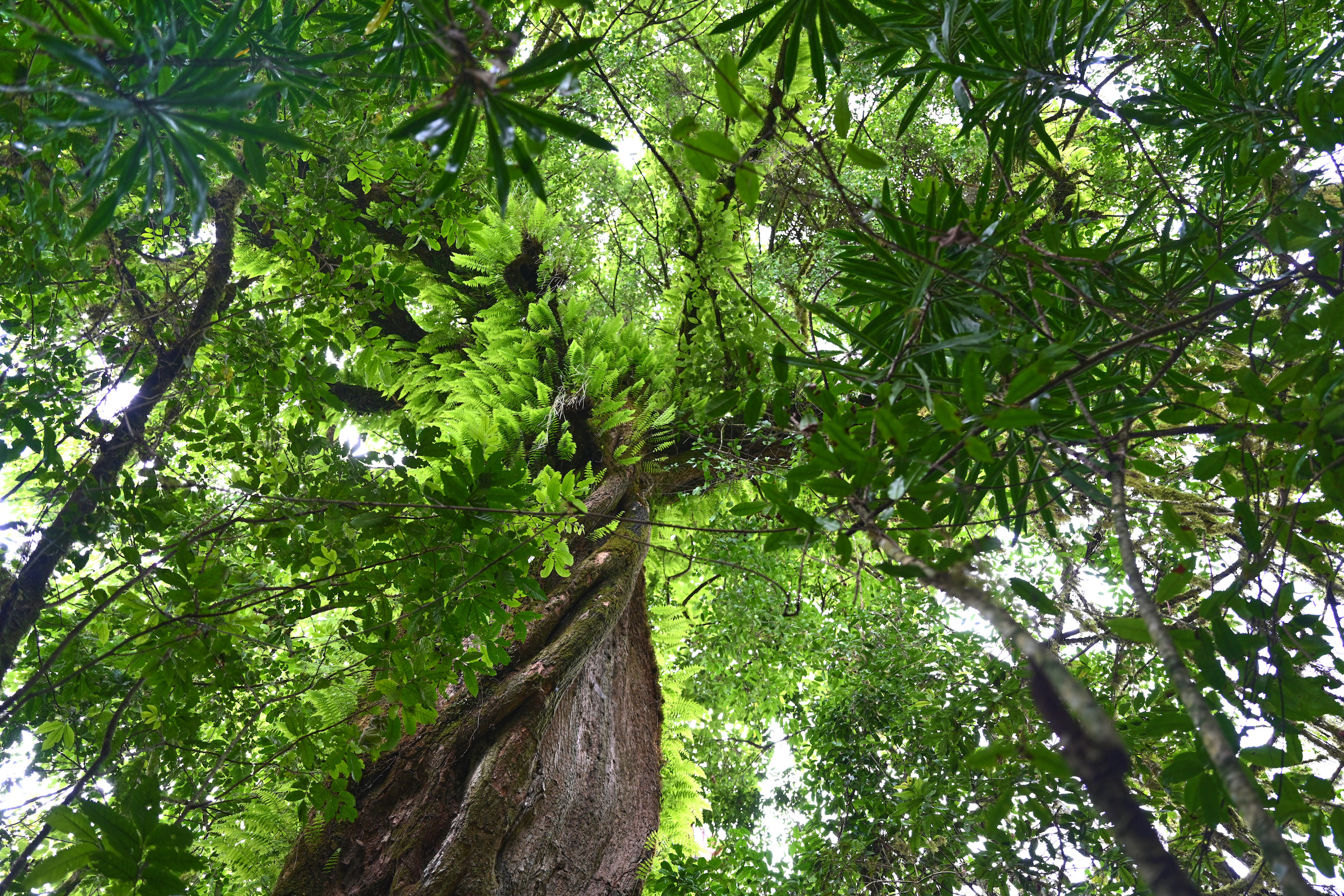 Afromontane forests are also very old, which gives rise to speciation, endemic species, and unique suites of biodiversity. This one is no different, Bayliss says.

“We already know it is home to a suite of Ethiopian endemic species of birds, amphibians, and reptiles. A small mammal survey should reveal more endemic species once undertaken. These Afromontane habitats are known to be rich in biodiversity and endemic species, and an area as large as this one will be no exception.”

Its location approximately halfway between the country’s Gambella and Omo national parks also provides what Bayliss describes as a “stepping stone” between other formal protected areas for animals looking to move from one place to another and find refuge.

Despite its unique characteristics, biodiversity and importance for local wildlife, it is not formally protected.

Working in collaboration with the Ethiopian Wildlife Conservation Authority (EWCA), Bayliss led an expedition there in May and June to collect data in the hope of creating a new protected area.

“There has been a desire to try and protect the forest for quite a while, although when I visited it, I thought it was well protected by the local community in terms of it not being disturbed. But what’s required is a higher level of legislative protection that would prevent the coffee industry or extractive industry being granted the rights [to go in there],” he says.

Ethiopia has lost large swathes of its forest cover in recent decades, including areas cleared for coffee plantations. Ironically, Ethiopia — including Gura Ferda — is the only place in the world where coffee grows wild.

Bayliss says 20 applications to clear parts of the forest to plant coffee were received in the past year alone. If this is permitted, the effects could be devastating. “So often, in these forest areas, the ground cover is removed and coffee is planted, so a lot of coffee is grown under these canopies. But in doing so, it very much destroys the nature of the forest, it destroys the seedbank in the soil of the forest and essentially removes some of the most important parts of the biodiversity,” says Bayliss. 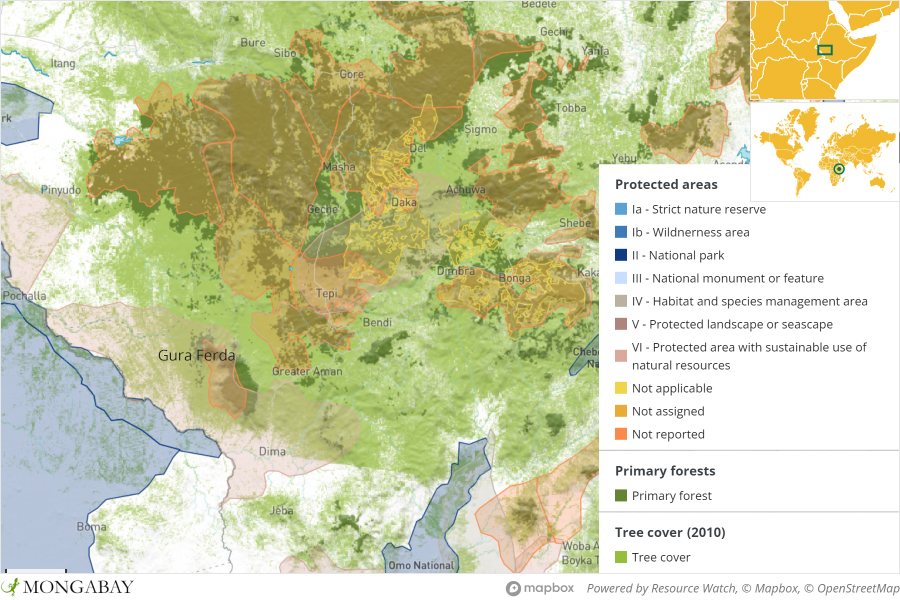 Prior to his expedition, Bayliss had discussed the creation of a new protected area of the forest with the Ethiopian Wildlife Conservation Authority, but during and after the trip it became clear to him the correct model would be a community conservation area based on the strong stewardship and sustainable livelihoods gained by the local community of and from the forest.

Giving the forest formal protection as a community conservation area would ensure that local communities, especially the Indigenous Sheko who are the majority in the area, would be able to continue what he describes as their sometimes “fierce protection” of it.

“Community activity inside the forest mainly revolves around its use for honey with locals hanging hives in the trees. In doing so they protect the forest, they do not cut the trees,” explains Bayliss.

The forest is actually known locally as “The Honey Forest” because of the role it plays in providing honey, a mainstay of the local community’s economy.

“[Making it a community conservation area] would ensure that the local communities still play a leading role in managing the forest and thus protecting their main livelihood through honey collection, but it would importantly provide legislation to prevent the forest being converted to coffee cultivation or extractive mining.”

When asked what would define a protected area as a “success” he says: “The short answer is if everything survives there. If you are looking at national parks, a good measure of success would be that populations of rare and healthy animals are increasing. But in terms of a community conservation area there is an important community element to it, so the communities are also healthy and are thriving, making a living that is sustainable and not to the detriment of the plants and animals at the site.”

This, he says, is already happening at the Gura Ferda forest.

“It is a beautiful example of a forest and local people living in harmony. In nature, everything is connected.”