Podcast: Who owns the companies destroying rainforests in the heart of New Guinea?

The sixth episode of Mongabay Explores New Guinea shares what was learned from almost two years of investigative reporting by Mongabay, Malaysiakini, Tempo, Earthsight and The Gecko Project, plus what we now know about the Tanah Merah project — and still don’t know — including who owns this company that’s currently converting a giant swath of rainforest to oil palm plantations.

The Tanah Merah project, which sits in Boven Digoel district in the Indonesian half of New Guinea, threatens dense, primary rainforest at the heart of the giant island. If cleared, an area of tropical forest cover and Indigenous lands twice the size of greater London will be lost and release as much carbon as the U.S. state of Virginia produces by burning fossil fuels each year.

But who owns it?

No one knows for certain, as the project is divided into seven different concessions, each linked to a slew of corporations, some of which are housed in offshore secrecy jurisdictions that hide their true owners. 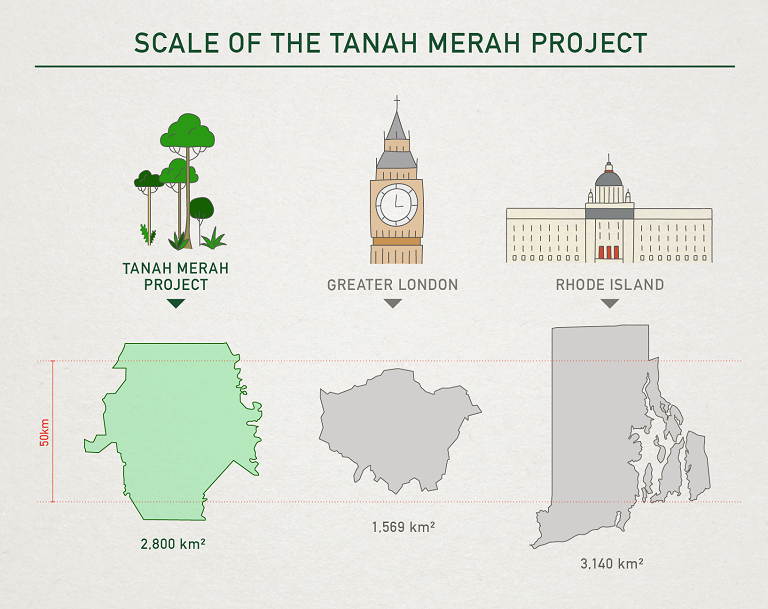 While the project has changed hands several times since its inception in 2007, three concessions are currently owned by Digoel Agri. We spoke with Bonnie Sumner from the news organization Newsroom, who was able to meet with New Zealand businessman Neville Mahon who, at the time of their interview, was listed as a majority shareholder of the three concessions owned by Digoel Agri.

We also spoke with Mongabay’s senior editor for Southeast Asia, Philip Jacobson, about the complex web of backdoor dealings, financial transactions, legal loopholes and policy implications of the project, and where the project stands today in light of the Indonesian government’s recent lifting of a moratorium on new palm oil permits.

Mongabay Explores is an ongoing episodic podcast series about the world’s unique places and species. Each season dives into new areas of amazing natural heritage, their environmental challenges and conservation solutions. This season, it’s exploring the great conservation and cultural richness of New Guinea. If you missed the first five episodes in this season, you can listen to them here.

Soundscape credit: recorded in the Adelbert Mountains in Papua New Guinea by the communities of Musiamunat, Yavera and Iwarame in partnership with The Nature Conservancy and Zuzana Burivalova/Sound Forest Lab.

If you enjoy Mongabay’s podcasts, we ask that you please consider becoming a monthly sponsor via our Patreon page, at patreon.com/mongabay. Just a dollar or more per month helps us offset production costs and hosting fees, and can help us create special series like Mongabay Explores.

Banner Image: An Indigenous Auyu man and child in Boven Digoel. Image by Nanang Sujana for The Gecko Project.