In Indonesia’s Sulawesi, a community works to defuse blast-fishing crisis

BOMBANA, Indonesia — Syukur Dullah grew up surrounded by a fringe of intact reefs off Lora, before the bombings decimated corals near the village in Indonesia’s Southeast Sulawesi province.

“This stretch of coral was colorful — like heaven,” said Syukur, who is now the elected chief of Lora village, in Southeast Sulawesi’s Bombana district.

Lora also used to retain a buffer of mangrove trees, which helped provide food security for the 412 families who live along the village’s 7-kilometer (4-mile) coastline.

Today, that stretch of coast is barren and brown, a legacy of deforestation upriver for plantations and the explosives dropped on reefs to kill and catch fish.

“Whenever we used to sit around, we could hear the sound of bombs going off,” Syukur said.

Blast fishing has long been illegal in Indonesia, and other coastal and island nations, where millions rely on nearshore fishing grounds for income and food security.

Around 80% of Indonesia’s 2.4 million fishers operate small boats and fish only near shore, according to Rare, a U.S.-based conservation organization that partners with fishers in Lora.

Use of homemade bombs, often fashioned from fertilizer and kerosene, is one of the world’s most destructive forms of fishing, according to the United Nations Environment Programme.

The explosives kill indiscriminately, blowing up everything from fish eggs to dolphins, while rupturing vast stretches of coral reefs already endangered by climate change.

However, increased law enforcement and social work by NGOs is helping cut down blast fishing, together with other destructive practices, such as the use of cyanide. 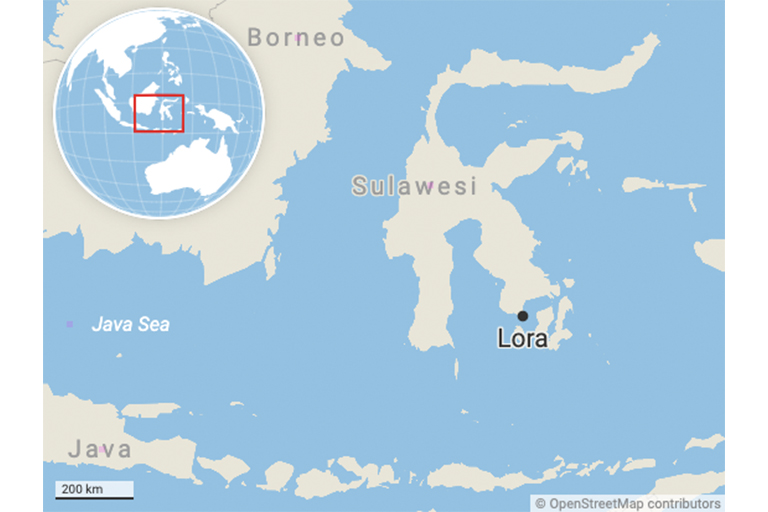 Syukur said the use of explosives in Lora began to fall around a decade ago.

“I rarely hear it now,” he said. “It’s usually only around once a week.”

He eventually gave up the practice almost 20 years ago — but only after being arrested at least five times.

“Actually if there weren’t any risks, it would bring a lot of profit,” he said. Today Amin catches fish with just a rod and line.

While incidences of blast fishing have declined here, complex environmental and social risks continue to threaten an industry that has sustained families in Lora for centuries.

The presence of larger fishing operations in the waters off Lora has inflamed tensions, for example, elevating risks of a flashpoint between local fishers and outside trawlers.

Moreover, anecdotal testimony from fishers indicates increasingly erratic weather patterns have cut the number of days that they can set out to sea.

The arrival of westerly trade winds, which would ordinarily blow from June, had yet to arrive, Syukur told Mongabay in September.

Husband and wife Arifin and Hadawiah used to fish in the nearshore waters off Lora, but increasingly intense rainstorms, combined with altered current patterns, have made fishing increasingly difficult, they said.

Hadawiah said the family earned around 600,000 rupiah ($42) per month from fishing, placing the household just above the regional poverty line.

“In the old days there were lots of fish,” Arifin said. “It’s less now, because of the weather.”

Against this backdrop of environmental and social risks, local fishers coalesced last year to tackle the threat to their natural resources.

Karmang moored his boat in Lora’s harbor after a long night over Pasi, the only reef off Lora that was spared from the destruction of blast fishing.

Even just two years ago, the catch volume from a night’s work would have been far greater, he said, while unloading three crates of cork fish, aided by two deckhands.

Karmang is a founding member of Bahari Sejahtera, a community organization formed in 2020 by six villages to arrest the crisis. The group meets to thrash out policies to replenish the coastal ecosystem, from planting mangrove seedlings to controlling fish stocks.

Bahari Sejahtera says it hopes that driving new sustainability initiatives can enable the government to zone the waters off Lora as a conservation area.

Restricting the waters to boats of less than 5 gross tons would also help protect the ecosystem from nickel mining, he said.

“Otherwise it could take up the entire sea here,” Ishaq said.

A ledge of muddy sediment has now replaced thickets of carbon dioxide-storing mangroves that used to crawl with clams and crabs, an important protein source for many coastal communities. The nearshore reef has been disfigured by the blasts used to catch fish.

Maintaining food security and incomes depends on resuscitating the nearshore fishing stocks of Lora, said Karmang, with families having only poorly paid casual labor to fall back on if fish stocks collapse entirely.

Local fishers have increasingly accepted that the viability of their trade depends on addressing decades of environmental damage, he said.

“If the weather is bad then we have to be farm laborers,” Karmang said.

Banner image: Edi Wahid monitors the growth and development of mangrove seedlings planted in damaged mangrove forests. For decades, people have taken mangrove trunks to use in the kitchen fireplace. Image by Riza Salman / Mongabay Indonesia.

This story was reported by Mongabay’s Indonesia team and first published here on our Indonesian site on Nov. 3, 2021.