The Keeling Curve Prize has announced the 2021 winners of its annual award for projects that effectively remove climate change-causing gases from the atmosphere. The winning projects each receive $25,000 for their work in five categories, including energy, finance, transport and more.

This year’s laureates are recognized for innovations such as grid-scale energy storage, a low-cost e-bike conversion device, measures to elevate seaweed farming, and other climate solutions, according to the prize’s website.

Solar cooking is a fuel-free, clean cooking technology that is a solution to a number of challenges, from deforestation for fueling smoky fires to the resultant indoor air pollution which kills an estimated four million people every year according to the World Health Organization (WHO), mainly women and children. 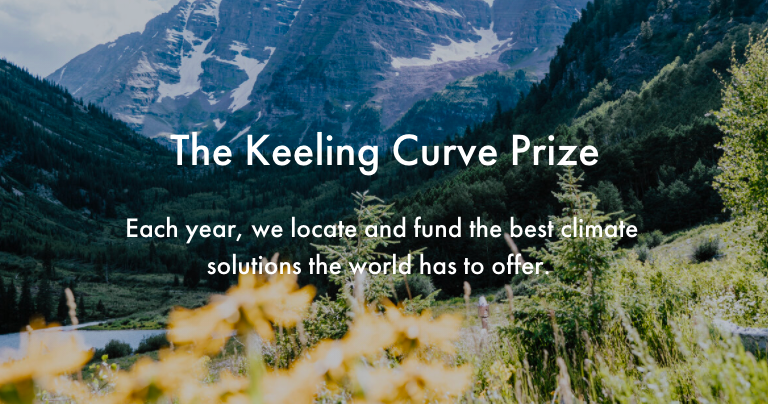 About three billion people cook on smoky, open fires or with smoke-generating stoves fueled by kerosene, biomass (wood, animal dung and crop waste) and coal, every day, according to the WHO. In addition to the conservation challenges associated with deforestation for cooking, another associated problem is that the burden of collecting wood falls mainly on women and girls, who, instead of studying for school or tending to crops, must spend hours each day gathering wood in areas that put them at risk of injury from wildlife, ranging from snakes to predators. This activity often begins at dawn so that the day’s first meal can be prepared.

SCI Executive Director Caitlyn Hughes said, “Thank you for spotlighting solar cooking as an urgently needed climate solution. Solar cooking is such a positive and worthwhile solution to a myriad of health and environmental challenges,​​​​​” in a statement reacting to the news.

Dr. Shishpal Rawat, SCI’s Board President, said, “This recognition helps elevate the role of solar cookers as a key technology to reducing greenhouse gas emissions.” SCI estimates that there are over four million solar cookers directly and positively impacting over 14 million people, preventing over 5.8 million tons of CO2 emissions annually, equivalent to taking more than 1.25 million cars off the road, and an estimated 30 million tons of CO2 is prevented over the lifetime of solar cookers distributed, equivalent to not burning over 34 billion pounds of coal or driving over 76 billion miles, according to the statement.

An education program was the other winner in the Social & Cultural category. Educated Choices Program educates students across the U.S. about the impacts of their food choices, inspiring them to make decisions that are consistent with their values as they relate to human health, the environment and animals.

Other winners of likely interest to Mongabay readers include Solar E-Cycles Kenya in the transport category, and Oceans 2050 in the carbon capture category, which taps the restorative benefits of seaweed farming to improve marine ecosystem health. Its Seaweed Carbon Farming Project quantifies the carbon sequestration of macroalgae below seaweed farms.

The award is named for Dr. Charles David Keeling, creator of the graph that represents the concentration of CO2 in Earth’s atmosphere since 1958, and is a project of the nonprofit Global Warming Mitigation Project. Their other programs include Sphere, a networking portal for climate projects, funders, and individuals.

Applications for the 2022 prize are not being accepted yet: learn more about the schedule and procedure at their website.

Erik Hoffner is an editor for Mongabay, find him on Twitter via @erikhoffner.