A Madagascar-sized area of forest has regrown since 2000

An area of forest larger than Madagascar has regrown around the world since 2000, concludes an analysis published by Trillion Trees, a joint conservation initiative between BirdLife International, WCS, and WWF. The regrowth, covering 58.9 million hectares and representing 22-25 billion trees, could eventually sequester 5.9 billion tons of carbon dioxide, more than the annual emissions of the United States.

The findings, which are based on a combination of satellite data and field surveys, suggest that just under 15% of the world’s 411 million hectares of tree cover loss over the past two decades has been offset by forests that have regrown naturally or been restored through reforestation.

“Deforestation is at the center of our climate crisis, and we must do everything we can to halt it,” said Josefina Braña Varela, vice president and deputy lead for forests at WWF, in a statement. “The analysis provides a positive outlook for natural regeneration—but this growth doesn’t happen without careful planning, increased investment and strong policies in place that lead to an increase in forest cover.”

The analysis, which is presented via an Esri ArcGIS map, identified areas that lacked forest before 2000 and have since shown an increase in forest cover up until the year 2018. The analysis excludes “commercial plantations”, according to Trillion Trees. 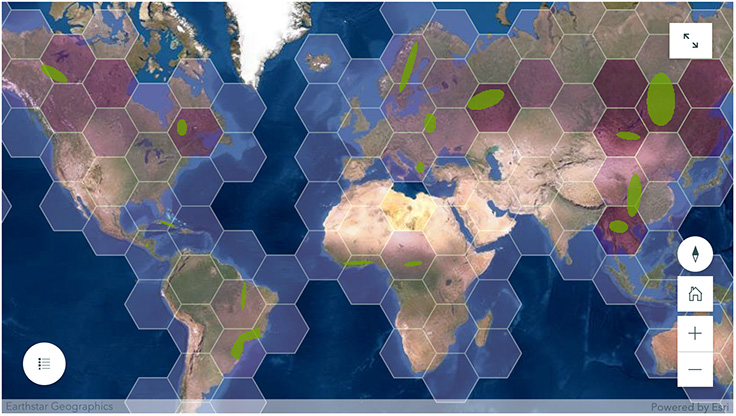 The project identified a number of regeneration hotspots, led by Brazil’s 4.2 million hectares of regrowth, most of which occurred in the country’s highly threatened Atlantic forest. Boreal forests in Canada, Russia, and Mongolia; West Africa and the Sahel; and parts of mainland Southeast Asia are also considered regeneration hotspots by Trillion Trees. Some of these overlapped with areas that WWF identified as “deforestation fronts” in a report it published in January.

“Regeneration can occur in the same locations as deforestation because some of that land cleared for timber or agriculture is abandoned shortly after,” states Trillion Trees on its storymap. “Regeneration is likeliest to occur in areas which naturally support trees, and although clear-felling can harm the quality and stability of soil, deforested areas are natural candidates for regeneration.”

Among the factors associated with forest regeneration, Trillion Trees highlights two “key conditions”: local protections that provide space and opportunities for trees to recover and transition away from agriculture, which can occur when local populations move to urban areas or farming practices change.

While tree-planting initiatives are riding a wave of popularity at the moment, attracting the attention of tech moguls from Tesla CEO Elon Musk to Salesforce founder and CEO Marc Benioff, Trillion Trees says that natural regeneration — letting trees regrown on their own — is up to 76% cheaper than tree-planting and yields higher biodiversity and more robust ecosystem services than tree plantations.

But Trillion Trees nonetheless cautions that forest regeneration — whether natural or planted — does not offset the loss of natural forests.

“Replacing lost forests is practically impossible,” states Trillion Trees. “It would take decades or even centuries for a regenerated ‘secondary forest’ to become as rich in carbon and wildlife as an existing, old-growth forest, and some ecosystems can never recover from deforestation.” 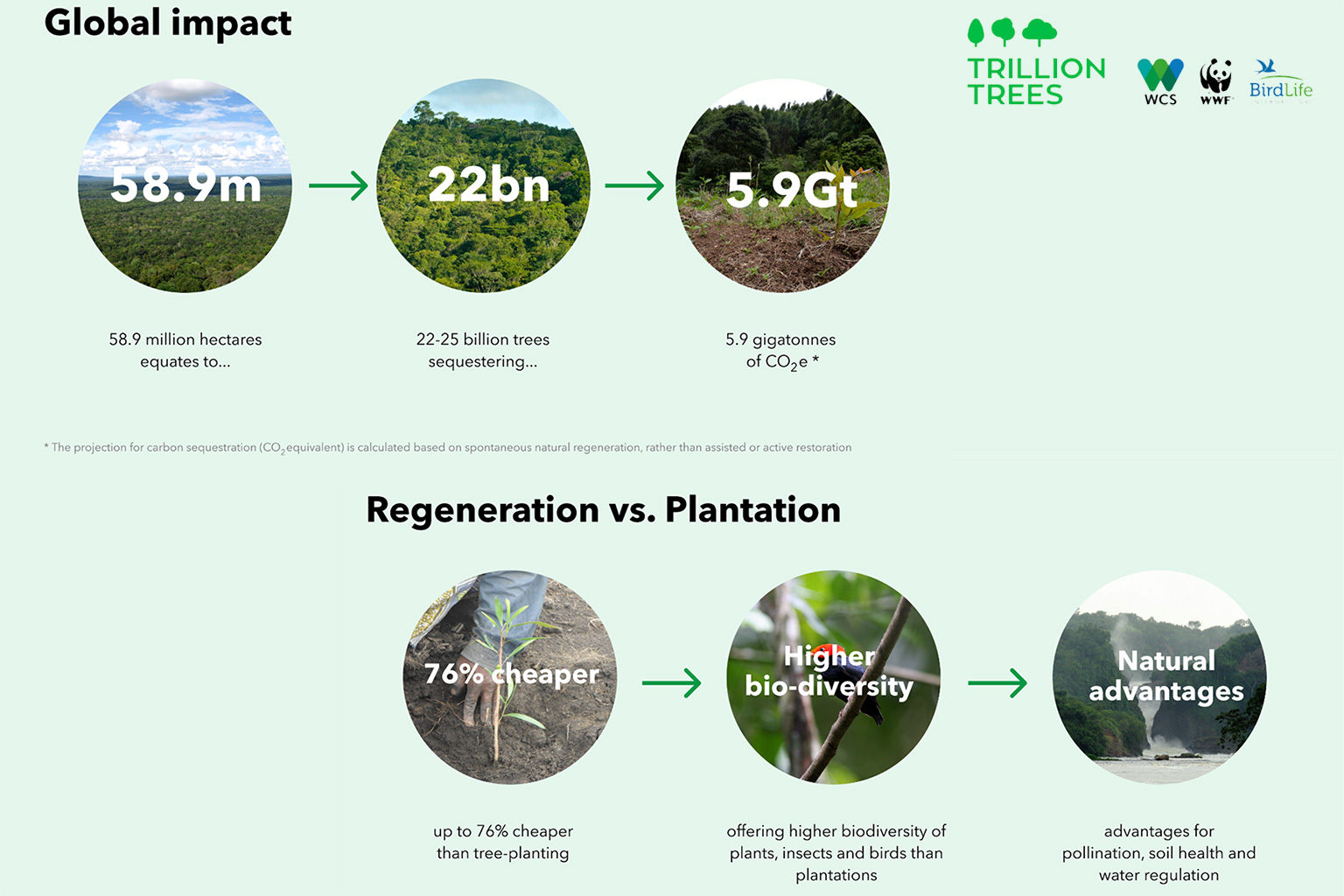 Still, Trillion Trees says the map is a tool to help identify where natural forests are beginning — and have the potential — to recover.

“This map will be a valuable tool for conservationists, policymakers and funders to better understand the multiple ways we can work to increase forest cover for the good of the planet,” said John Lotspeich, executive director of Trillion Trees, via a press release. “The data show the enormous potential of natural habitats to recover when given the chance to do so.”