Mining giant Anglo American says it won’t rule out the possibility of mining in Indigenous territories in the Brazilian Amazon — a practice currently prohibited under the country’s Constitution but that could come to pass under a much-criticized “death bill” working its way through Congress.

The statement comes in response to mounting pressure on the company following revelations, which Mongabay reported in March 2020, that Anglo American and its subsidiaries had filed hundreds of applications to prospect on Indigenous lands. Among the groups that have acted on the findings is the Articulation of the Indigenous Peoples of Brazil (APIB), which called on the London-listed company to commit not to mine on Indigenous territory.

APIB and Amazon Watch have denounced this stance as “unacceptable,” and questioned whether Anglo American anticipates eventually being allowed to mine in these off-limits areas under proposed legislation, known as Bill 191, being pushed by the administration of President Jair Bolsonaro.

Anticipating the opening up of Indigenous lands

A year ago, Mongabay reported that Anglo American and its Brazilian subsidiaries, Tanagra and Itamaracá, had filed a combined 296 applications with Brazil’s National Mining Agency (ANM) since the 1990s to prospect in areas that include 18 Indigenous territories in the Amazon.

When questioned by the London Mining Network at its annual shareholders’ meeting in London in May 2020, Anglo American said only four of the applications “slightly overlapped” with those territories. It also failed to give a direct response when asked about its position on Bill 191, which would authorize mining on Indigenous land.

President Bolsonaro has demanded the legislation be treated as a priority by Arthur Lira, the new speaker of the lower house of Congress. Lira received 200,000 reais ($35,800) in donations from Rico Táxi Aéreo, an air charter company that flies prospectors into and out of the Amazon, and also provides private jets for Lira’s own travels.

With the government pushing for it, and Lira overseeing its deliberations in Congress, the official authorization for the exploitation of Indigenous land, attempted by the industry since the mid-1990s, appears to be imminent — although the case may still go to the Supreme Federal Court. The bill maintains a requirement for consultation with Indigenous communities, but critics, who have dubbed it the “death bill,” say this will be a mere symbolic consultation. Indigenous peoples will not have veto power over mining projects in their territories, they say.

Anglo American omitted any mention of this in its Jan. 25 response to APIB and Amazon Watch. In what appears to be an indirect reference to Bill 191, it said that “when legislative change is considered that could affect Indigenous Peoples, we advocate that it is done in consultation with the relevant communities and that their consent is secured.”

“We believe that such consultations should appreciate the complexity and diversity of communities, and that their aspirations may differ, with some communities welcoming mining and others deciding against it,” it added.

Anglo American would not be the only beneficiary of the passage of this bill; thousands of applications have been filed with the ANM by small, medium and large mining companies to begin exploring on Indigenous lands.

Conflicting claims over number of applications

Questions still remain about Anglo American’s intentions to mine on Indigenous lands in Brazil. The most recent applications stem from 2017 and 2019, according to the ANM database, with five applications filed for prospecting in the Sawré Muybu Indigenous Territory in Pará state, home to the Munduruku people.

On Nov. 20, the company stated that it had since 2015 given up all applications for mineral exploration inside Indigenous territories and that it would contact the ANM to update its applications accordingly, following the release of the Complicity in Destruction III report.

However, on Nov. 27, InfoAmazônia revealed that the ANM had granted permission for 27 of Anglo American and its subsidiaries’ applications to prospect for copper inside Indigenous territories in the states of Mato Grosso and Pará.

Additional data collected by the Amazonia Minada project from the ANM database as of Jan. 30 and sent to Mongabay and the Mining Observatory show that if applications at all stages of processing are considered, Anglo American and its subsidiaries have a total of 86 applications pending that concern Indigenous lands. These include 23 in the Sawré Muybu reserve. Other Indigenous lands targeted in the applications are the Badjonkore, Menkragnoti and Kayapó territories in Pará, and the Kayabi, Apiaká and Escondido territories in Mato Grosso.

This figure is much higher than Anglo American’s own conflicting claims of how many applications it has before the ANM. At its AGM last May, it acknowledged only four; but in its Jan. 25 statement, it said there were 25, including from its subsidiaries.

Of those 25 applications, it says most are no longer active: it says it withdrew five applications and ceded 11 to third parties, but that the ANM has yet to update the status of those applications in its database. The remaining nine applications, Anglo American says, are pending review with the ANM because of potential overlaps with Indigenous territories.

Three of the latter applications, filed in 2019, target areas that overlap onto the Munduruku tribe’s Sawré Muybu reserve. A search of the ANM database shows the boundaries of the three areas, in which the overlap is clear. In these cases, there can’t be any doubt “with regard to boundary uncertainty,” as Anglo American puts it.

On Jan. 27, two days after Anglo American issued the statement saying these applications were pending review, the three applications in the Sawré Muybu reserve were withdrawn. This likely indicates that pressure from the Indigenous movement and Amazon Watch has paid off, including through the latter’s online petition to “Tell Anglo American to Stay Out of Munduruku Territory!” 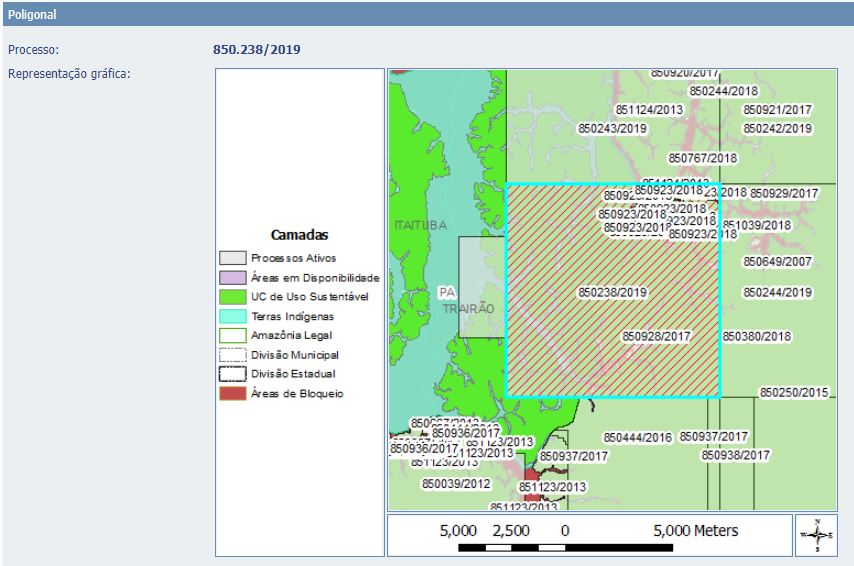 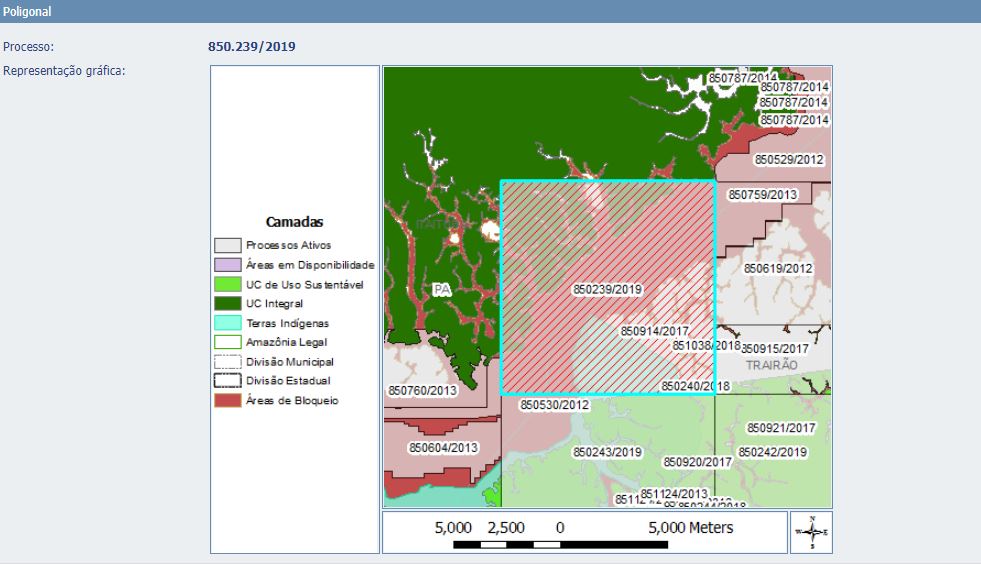 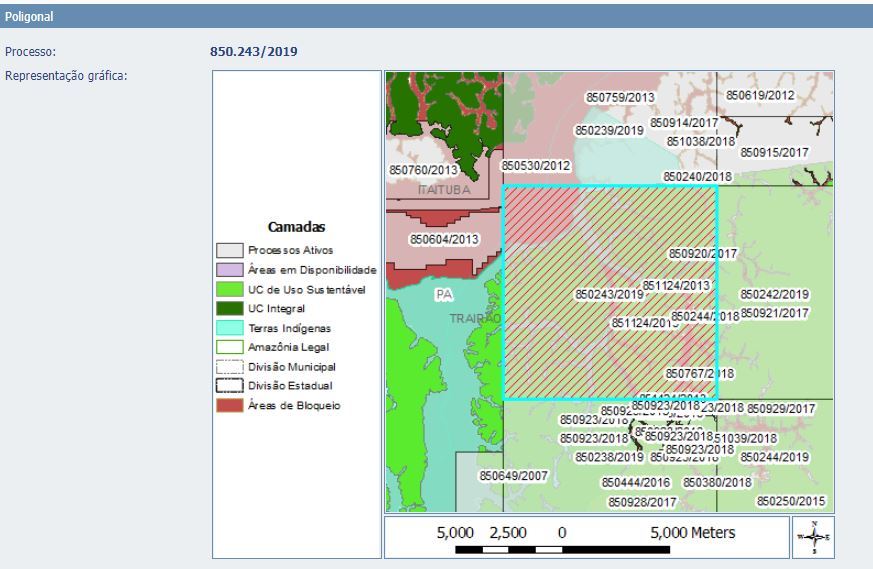 ‘Work for life, not for death’

Alessandra Munduruku, a member of the tribe and one of the most high-profile Indigenous leaders in Brazil, posted on her Facebook page the results of a meeting of the Munduruku people asking Anglo American to leave their land: “The Anglo American mining company requested authorization to ANM to explore the Sawré Muybu Indigenous Territory — a mining company that destroys forests, rivers and indigenous peoples. We are inside [our territory] and will continue to be. Anglo American — Get Out! Demarcation Now! The people will go on resisting.”

In a letter from an assembly held in December, the Munduruku identified other miners coveting their land, including Vale and illegal miners, as well as other projects in the Middle Tapajós region that directly impact their people. They also reiterated their stance against Bolsonaro’s “death bill.”

“This could get worse with the approval of the Death Bill,” they said in their statement in Portuguese. “We, the majority of the Munduruku people, are against this bill; we want our territory free from mining, prospecting and all ventures that cause destruction and environmental and social impact, of everything that is detrimental to Indigenous peoples’ way of living. Our consultation protocol is not being respected. Large companies like Vale are buying the subsoil of our lands, claiming it is federal government land, and for this reason they have the right to negotiate and explore the ore in the future — this is one more reason that they want the Bill’s approval.

“We don’t need mining to live,” they added, “we have our organizations that work for life, and not for death.”

This article was originally published in Portuguese by the Mining Observatory here on Feb. 10, 2021.