by Malavika Vyawahare on 19 January 2021

A new fisheries law enacted this month in Mozambique is being hailed as a landmark by conservationists. It seeks to empower communities and extend protection to an array of threatened marine species, including whale sharks, manta rays and dolphins.

“This is a huge step for Mozambique; a huge step for organizations like us, and also for the communities,” said Emerson Neves, project manager at Marine Megafauna Foundation (MMF), one of the NGOs that lobbied for expanded protections. He added that implementing the law will be a lot of work.

Conservation NGOs have been pushing for the inclusion of a comprehensive list of protected species in Mozambican law for decades. Talks around this revision of the national fisheries law began in earnest last year, and the new law was finally notified in October. 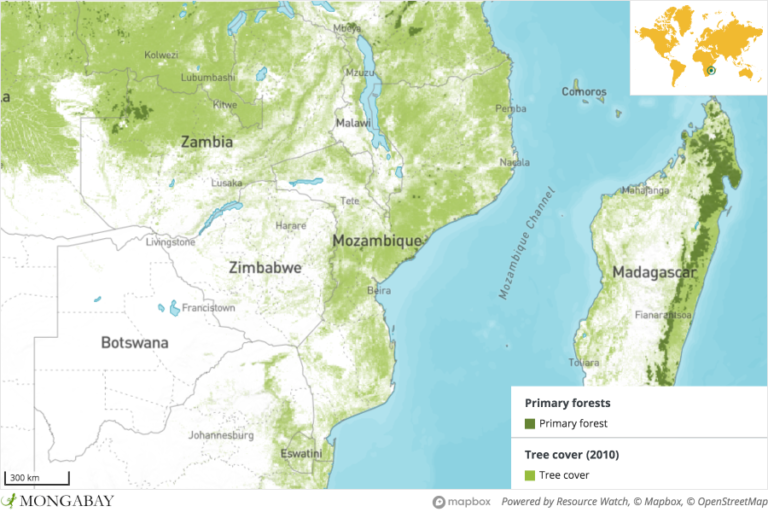 The revised Regulamento da Pesca Marítima (REPMAR) signals a shift in emphasis toward sustainable fisheries rather than just increasing production. It also clears the way for co-management by communities.

It is a significant piece of legislation in a country where seafood provides half of the protein intake for the population. More than two-thirds of Mozambique’s 30 million people live within 150 kilometers (93 miles) of the coast, and traditional fishers haul in nearly 90% of Mozambique’s annual catch.

“If you enable and empower local communities, it can be a game-changer,” said Thomas Sberna, Kenya-based regional coordinator for the IUCN. “It’s absolutely necessary to have a law in place because otherwise, you cannot have enforcement or implementation.”

But Sberna echoed Neves that the road from ambitious law to real change is fraught.

With a coastline of 2,700 km (1,700 mi), Mozambique is blessed with a wealth of oceanic flora and fauna. But the long shoreline does not lend itself to effective governance. Though community management has been a part of fisheries policy since the country’s independence, the legal framework to enable it has, until now, been hazy.

This validation will have real impacts on the ground, experts say. “If they are recognized at the national level, they are empowered enough to do what they have to do to promote sustainable fisheries,” said Ercilio Chauque, a coastal fisheries expert at the Mozambique office of the IUCN.

According to Kennedy Osuka, a researcher at the University of York, U.K., the ability to designate community-managed fishing areas will be crucial. Under the new law, local fishers can decide what kind of gear to use, carve out no-take zones, or impose temporary closures, among other measures.

Despite laws valorizing co-management for many years, fisheries management was in practice highly centralized, with CCPs seen as extensions of the central government rather than as representatives of their communities. As legal autonomous bodies, CCPs are more likely to act as a link between the government and fishing communities. “The communication can go both ways,” Neves said.

Because the new fisheries law will apply not only in designated conservation areas, but to all activities on the coast, including Mozambique’s EEZ, it is expected to have a wider, more immediate impact than conservation-focused legislation, which is still in its infancy in the East African nation.

For example, where some shark species already enjoyed protection under conservation laws, fishers would subvert prohibitions by butchering the sharks offshore to prevent identification. Some fishers would remove the fins of shark caught as bycatch and toss them back into the water.

The new law requires that bycatch must be released and that any sharks that are landed must not be mutilated. There are also provisions for protecting mangroves, seagrass and reefs, including a ban on harvesting live corals.

Can communities steer fisheries toward sustainability?

The first step for NGOs and the local administration will be translating the new regulations into a form understood by fishers who speak a multitude of languages. Neves said that MMF was already working on posters depicting species that cannot be fished.

“Before, we were explaining to the community the importance of the species for the ecosystem, for tourism, for the local economy,” Neves said. “Now, we also have the law. We can say to them the government also supports us on this.” MMF hopes other vulnerable species will be added to the protected list, like hammerhead sharks (family Sphyrnidae), smalleye stingrays (Dasyatis microps), and leopard sharks (Triakis semifasciata).

The missing species are not the only thing tempering jubilation over the law’s passage. The coastal population is growing, and pressure on fragile management structures will continue to intensify. CCPs may flounder when faced with the growing demands from within communities.

It also raises the question: how much power will community fishing councils actually have to implement the rules?

CCP rangers taking part in the FishCC project, aimed at promoting community-based management of certain fisheries, repeatedly flagged infractions to the local authorities, which were ignored. “If CCP rangers report non-compliance, but it does not elicit any response from local authorities, their motivation to continue reporting infringements will soon diminish,” the authors of a World Bank report on the project noted.

To reduce pressure on fisheries, the FishCC project also aimed at promoting alternative livelihoods in tourism, aquaculture and agriculture. But the approach has its pitfalls, with fishers and the government trying to boost fisheries to better support communities than making a slow and sometimes treacherous transition to other trades.

“In some cases, there were no other readily available alternatives. Though making fishing more sustainable and/or generate higher value, could itself also incentivize compliance with co-management rules,” the World Bank report noted.

As experience with community-led management initiatives across the region shows, they falter without funding sources. Management requires resources. “The traditional model has been for NGOs, the private sector, as well as the government to support as much as they can. The entire community now recognizes that this is not really sustainable,” Sberna said.

“The reality is that available philanthropic monies like grant money are far from enough for us to be able to achieve our targets,” he added. “Coming up with sustainable financing mechanisms is absolutely critical.”

(Banner image of a whale shark by Andrea Marshall.)