For the year Mongabay attracted 142 million pageviews, a 40% increase over 2019.

Below is a list of the 25 most popular articles for December 2020. Traffic totals are for the month of December only. 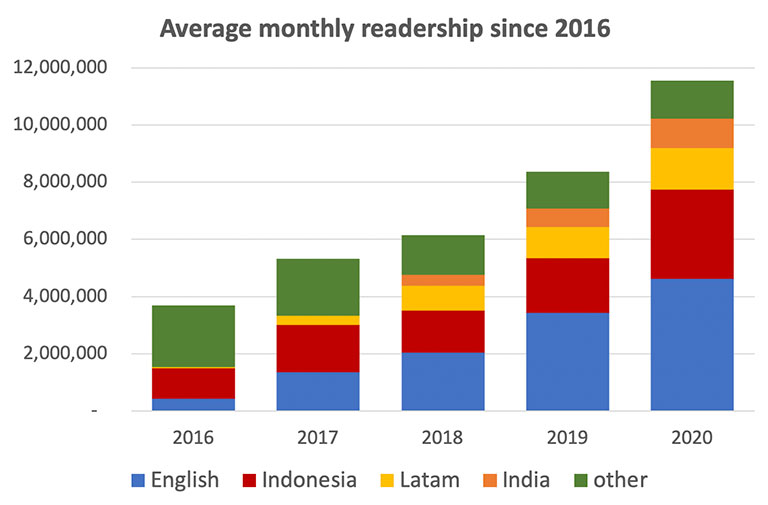 What is a white-lipped peccary? Candid Animal Cam is in South America

The New Guinea singing dog, once thought extinct, is alive in the wild

Where to patrol next: ‘Netflix’ of ranger AI serves up poaching predictions

Our most popular conservation news stories in November 2020

Why did the woolly rhino go extinct?

The Amazon’s short-eared dog was thought to be a scavenger. Now there’s video

Technology innovations look to change the cacao landscape in Colombia

In China, public support grows to rein in the wildlife trade in the wake of the pandemic

Sri Lanka to the U.K.: Here’s your waste back. And there’s more to come