Our most popular conservation news stories from June 2020

Mongabay navigated the tumultuous second quarter of 2020 by continuing to produce high quality content from Nature’s frontline; expanding our reader base, and providing opportunities for journalists around the world to report on critical issues that underpin many of the challenges we currently face. June was another strong month for traffic, topping 11 million pageviews, up 53% over a year ago.

Below are the most read stories on news.mongabay.com from June 2020. 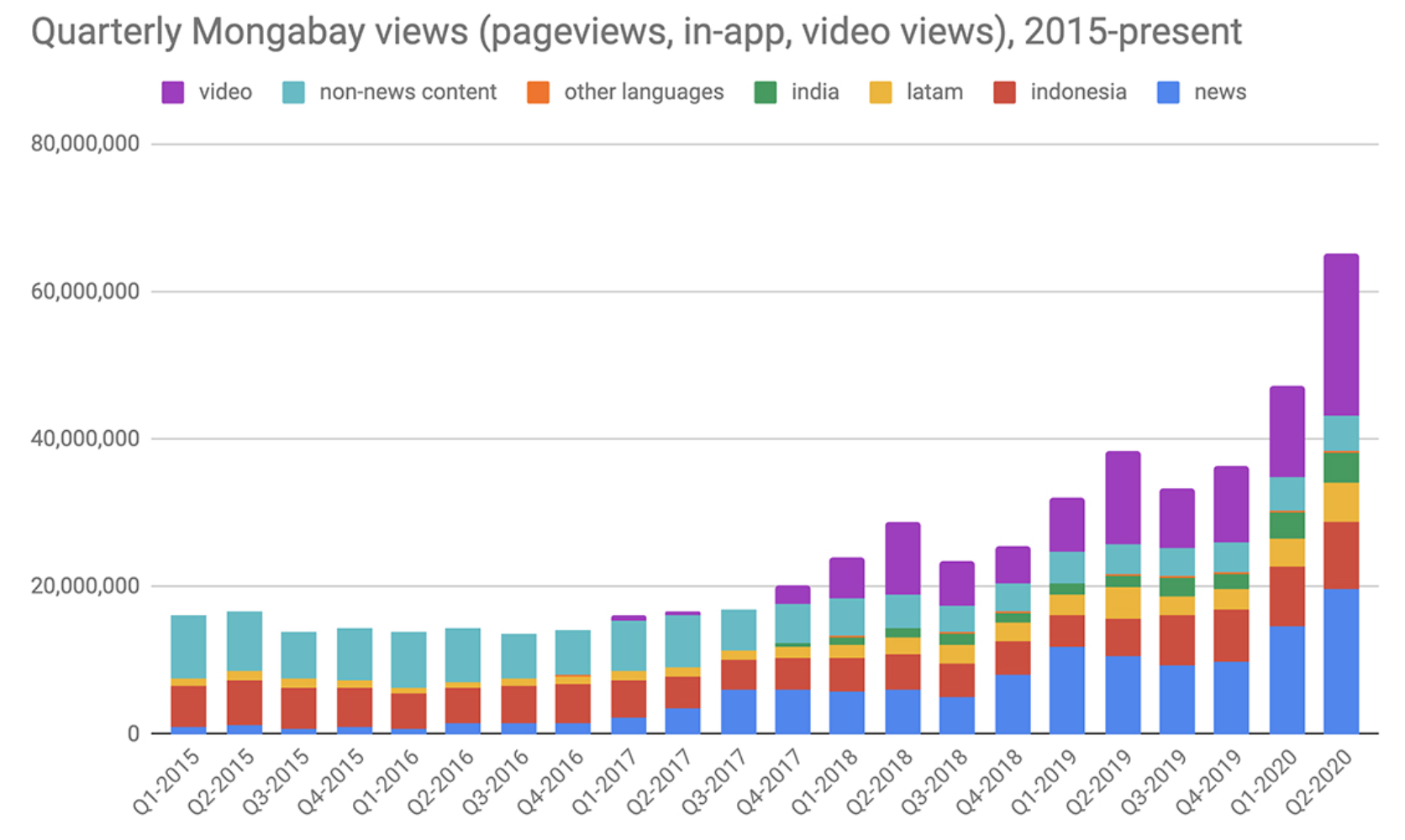 ‘Don’t let your cat outside’: Q&A with author Peter Christie

From crisis to solutions for communities and African conservation (commentary)

Loss, resilience and community amid an outbreak: Q&A with gorilla researcher Magdalena Bermejo

Triple crisis of pipelines, pesticides and pandemic is an existential threat to Ecuador’s indigenous peoples (commentary)

What is a sambar deer? Candid Animal Cam meets the vulnerable deer

Bison: (Back) home on the range