Turning the tide for an endangered crab species in the Philippines

BATANES, Philippines — The coconut crab (Birgus latro) is considered a delicacy in many parts of the world. Often found in small numbers around small islands, the world’s largest terrestrial arthropod gets its name from its diet, which consists mostly of coconut.

It has evolved accordingly. With strong pincers, a coconut crab can crack coconuts open and lift objects that weigh as much as 20 kilograms (44 pounds) — more than six times its body weight. A king among crabs, the coconut crab is fatty, delicious, and very endangered, which makes it an even more tempting catch in many ways.

In the Philippines, coconut crabs occur in several places, including Batanes, a group of islands at the northernmost tip of the archipelago. Long before the province’s dramatic seascapes and rolling hills caught the attention of foreigners, locals were catching, selling and dining on these large crabs with hardly any consequences. They would serve them during birthdays and celebrations, as well as for the rare visitor.

Cradled by the Pacific and lying in the direct path of storms, only the most adventurous braved the tides and harsh winds of Batanes — until the 2014 launch of daily flights opened the once quaint islands to mass tourism, sending up demand for its delicacies, including the famed coconut crabs.

Coconut crabs were requested at restaurants, taken home as food souvenirs, and exported beyond the province, says Ariel Laguna from the provincial office of the Department of Environment and Natural Resources (DENR). 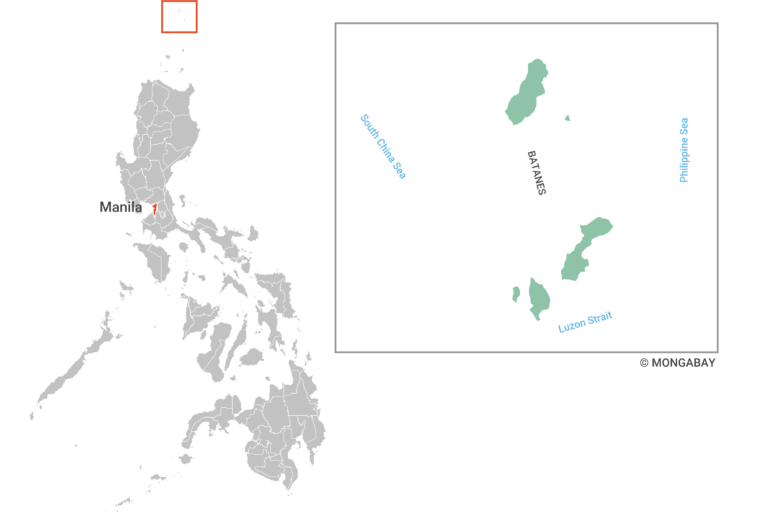 Preparing them was simple. The crabs would be steamed, usually in coconut milk, to bring out the fat’s delicious flavor. Catching them was just as simple. Hunters only needed to set wooden traps under fruit trees during the night to capture these nocturnal crustaceans. Sometimes, locals would even find the crabs in the branches.

“Coconut crabs [could be] found anywhere in the wild years ago,” says Romulo Doplito of the Bureau of Fisheries and Aquatic Resources (BFAR). He harks back to the 1990s, when the crabs sold for a steal at 100 pesos a kilo ($4 back then). The crabs were so plentiful in those days that they would even be used as bait for flying fish, another local delicacy, Doplito says.

In 1983, the IUCN added coconut crabs to their Red List, citing a fragmented population and a decline in adults of the species. But it took a while for this conservation message to catch on in Batanes: Prior to the tourism boom in 2014, coconut crabs were sold everywhere in the province.

When the demand eventually outpaced the supply, sellers put a higher premium on coconut crabs, as well as on other kinds of seafood. “Before, you could get lobster for 300 pesos [$6] a kilo,” Laguna says. “When tourism boomed, it got as high as 600 to 800 pesos [$12-$16] per kilo. It was the same for coconut crabs.”  Unlike lobsters, coconut crabs are sold per animal, not per weight; some crabs smaller than a kilo (2.2 lbs) sell for as much as 800 pesos.

The crabs represented easy money, and locals kept catching them. But even a healthy economy couldn’t hide the truth. “When [the locals] realized that they were catching fewer and fewer coconut crabs, that’s when they realized something had to be done,” Laguna says.

By then, the coconut crab population in Batanes was nearly depleted. There were simply too many people who wanted a taste of the famous crabs and not enough time for the coconut crabs to mature.

Coconut crabs can live to the age of 60, making them an extremely slow-growing species susceptible to over-harvesting. They don’t reach sexual maturity until after 5 years, and even then the survival rate of their larvae in the ocean is very low. The solution isn’t as simple as making sure the eggs hatch in a safer space, Doplito says.

“[The eggs have] to be released, not in other [bodies] of water, but in the seashore and during high tide,” he says. “The constant motion of the ocean through the waves plays a big part in the hatching process until [the] larvae float.”

There have been attempts to culture the species, but they didn’t always go smoothly, Doplito says. In fact, at one point during a study of the crabs’ reproductive biology, researchers, including Doplito, observed that trying to egg-bearing female coconut crabs in captivity forces them to eat their own eggs.

“Our part in the research was to buy berried [egg-bearing] coconut crab from hunters to whom we issued temporary permits, extract the eggs, send them to our laboratory in Tuguegarao City, then release the crabs alive,” Doplito says.

In the process, they noticed that the crabs they’d bought with the pincers taped up tended to lose their eggs. “To our curiosity, we searched for the hunter and asked his reason for taping the claws. He said that he had observed many times that berried crabs, when contained, tend to eat their own eggs.”

While it’s still unclear why they do so, one theory is that they may be trying to protect their eggs. It’s a theory shared by expert coconut crab hunters in Itbayat, one of the islands in Batanes.

“[Coconut crabs] propagate only in the wild as we see it,” Doplito says. “The only possible way to conserve the species is to establish a sanctuary, which we have presented to the local government units for their action.”

During these discussions, however, the problem that keeps coming up is the site of the proposed sanctuary, Doplito says. Inhabited islands won’t work as the roads are right along the shoreline, in the direct path of the crabs.

And while there have been talks of converting a whole islet into a coconut crab sanctuary — a feasible plan of action for the municipality of Itbayat — executing it is a different matter altogether. According to Doplito, finding “funds, persons dedicated to guarding the islet, support from locals, and [a] Sangguniang Bayan member that is willing to sponsor the ordinance” has proven to be a challenge.

The law is another point of contention. While the Fisheries Administrative Order No. 208 (FAO 208) prohibits the taking and catching of rare, threatened and endangered species, including coconut crabs, dolphins and whales, among many others, it sometimes comes into conflict with local laws. An example is the Indigenous People’s Rights Act (RA 8371), an act that recognizes, protects and promotes the rights of indigenous peoples throughout the Philippines.

“We have been confiscating coconut crabs, but we have not filed any cases yet,” Doplito says. “We plan to file a case once we catch a perpetrator who deserves to pay 120,000 pesos [$2,400] and be imprisoned for six years, which are the penalties of FAO208.”

For now, officials continue to stress to the locals the endangered state of the crabs through regular information and educational campaigns in schools and villages in the province.

While instilling a sense of stewardship in the locals themselves is important, one of the biggest challenges of saving the crabs is finding enough manpower to implement the law. With not enough people to help monitor and put a stop to the illegal catching of coconut crabs on the islands, and with captive breeding of the crabs virtually impossible, the threat to the species remains.

The next few years will likely prove critical for the survival of coconut crabs in Batanes. What the locals, officials and even the visitors to the island do or don’t do will determine these arthropods’ future.