Oil palm plantations’ dearth of biodiversity rubs off on nearby forests, study shows

Frogs can survive in oil palm plantations, but at the cost of diversity of species — and the impact can radiate out deep into neighboring forest ecosystems, according to a new study.

The report, published Feb. 8 in the journal Biological Conservation, found that oil palm plantations along the Kinabatangan River in Malaysia’s Sabah state were dominated by wide-ranging terrestrial frog species of little conservation concern. Meanwhile, forest sites were found to support a higher number of frog species. But in forests that abutted on plantations, the richness of species declined — evidence of so-called edge effects from the plantations.

“To our knowledge, our study provides the first evidence of edge effects from oil palm plantations on [frog] diversity in adjacent forest landscapes,” said study co-author Sarah Scriven, a post-doctoral research associate at the University of York in the U.K.

“Moreover, our results suggest that changes in forest [frog] diversity associated with plantation edges may extend up to four kilometers [2.5 miles] into adjacent forest,” she added. 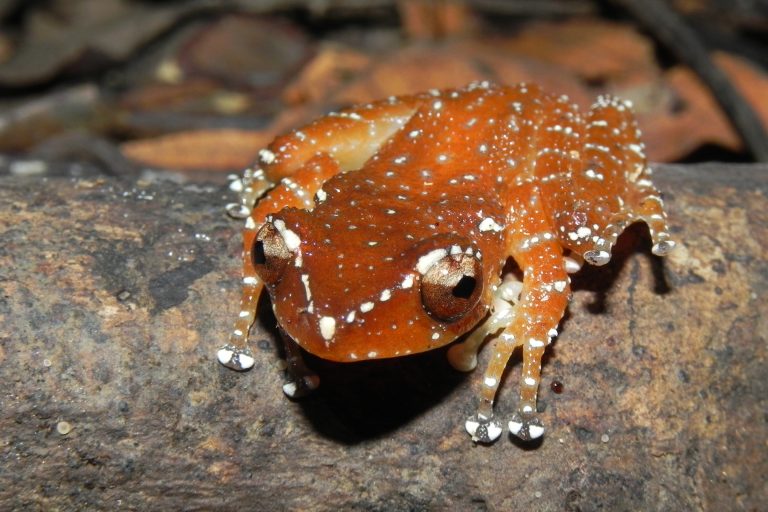 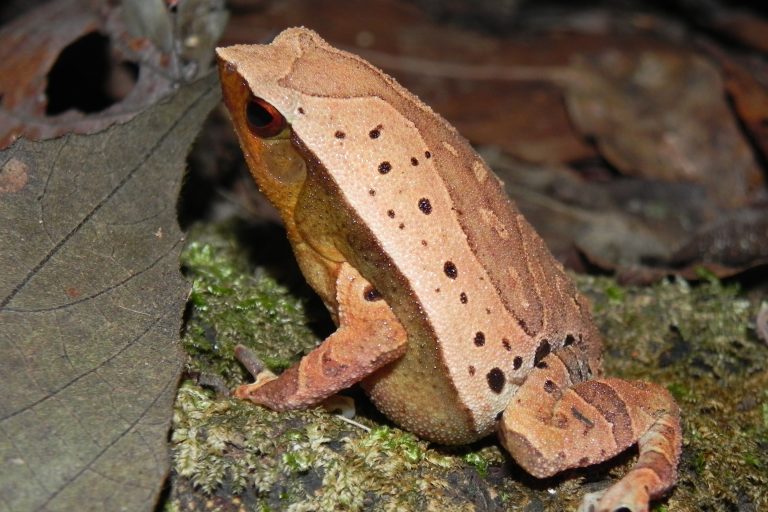 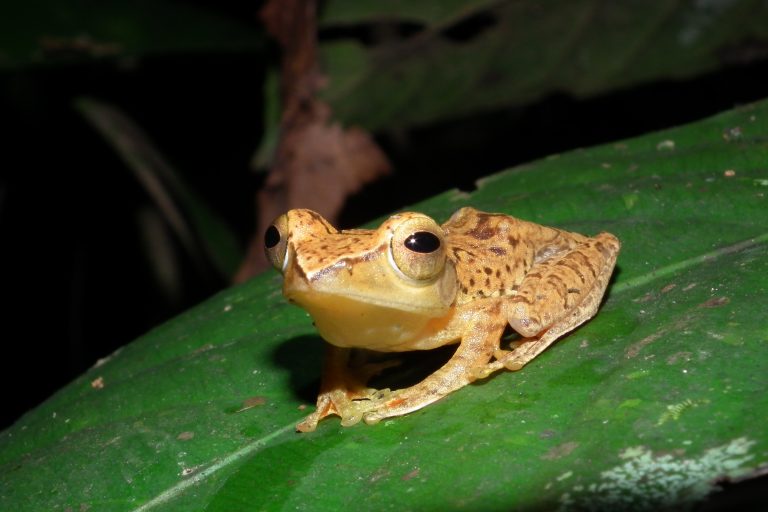 The edge effects describe the changes in species diversity that occur at habitat boundaries, and can be pronounced when habitat structure alters abruptly between two different types of ecosystem.

“These differences in richness and changes to community composition in oil palm plantations compared to forest habitats are underpinned by marked differences in both habitat structure and microclimate characteristics,” the researchers wrote, noting that the plantations, for instance, lacked a suitable environment for amphibian reproduction, foraging and shelter.

Amphibians such as frogs are especially vulnerable to these alterations, and depend upon a variety of aquatic sites for reproduction that are typically not found in the relatively drier conditions of oil palm plantations.

The scientists behind the paper studied 74 sites — 39 lowland rainforest and 34 plantation habitats — along the Kinabatangan River from February to July 2011, covering a range of habitat parameters, such as canopy, understory and forest floor.

The researchers also described 11 Borneo-endemic frog species, most of them found in the forests.

“These new findings suggest that in order for small forest patches or narrow corridors to be of long-term conservation value in oil palm landscapes, their sizes and widths need to adequately account for the considerable influence of edge effects,” Benoît Goossens, director of the Danau Girang Field Centre in Sabah, who was involved in the study, said in a statement.

The Sabah state government is committed to protecting 30 percent of its forested land, and to date has managed to protect 26 percent. Goossens said it was also incumbent on oil palm operators to do more in terms of conservation efforts, given that most of the plantations in Sabah are located in areas that are important for many species.

“[The plantations] can play a better role in biodiversity conservation by becoming wildlife-friendly, by keeping large forest patches in their estates, by maintaining, wide riparian corridors, and by supporting a ‘no wildlife killing’ policy,” he told Mongabay in an email.

A different kind of edge effect has previously been attributed oil palm plantations. A study published late last year found that wild boars that were drawn to these plantations in peninsular Malaysia for the palm fruit were responsible for extensive damage to small trees and shrubs in adjacent tracts of forest. Periods when the oil palms were mature and therefore bearing fruit coincided with a “hyper-abundance” of boar nests, made using understory vegetation such as tree saplings. Nest density swelled a hundredfold in these instances, and dropped just as dramatically during periods of replanting, when no palm fruit was available.

Oil palm plantations are a dominant landscape in Southeast Asia, particularly in Malaysia and Indonesia, which share the island of Borneo and supply nearly 90 percent of the world’s palm oil. The rapid growth of the industry has resulted in rampant deforestation across the region that has fragmented the habitats of countless species and sparked land conflicts between plantation operators and forest-dependent and indigenous communities.