Park rangers in Indonesia said this week that they had photographed the nearly extinct Sumatran ground cuckoo (Carpococcyx viridis) for the first time in a protected area in North Sumatra, the first time in 10 years that anyone has caught a glimpse of it.

A camera trap in Batang Gadis National Park first captured the cuckoo last November at roughly 8.30 a.m., followed by another picture of the bird snapped about an hour later.

Based on the recorded images, park officials and experts from Conservation International (CI), an NGO, identified the sighted bird as the Sumatran ground cuckoo, which is listed as Critically Endangered by the IUCN.

“This is the first time the Sumatran ground cuckoo was recorded in the national park,” Paul van Nimwegen, biodiversity conservation specialist at CI, wrote in an email.

Van Nimwegen pointed out that the images showed the bird “foraging and sunning on the forest floor.”

Endemic to Sumatra, the cuckoo — whose feathers are green and brown — was considered extinct until one was spotted in 1997 in Bukit Barisan Selatan National Park, which is located some 1,200 kilometers (745.65 miles) to south from the Batang Gadis National Park.

A few unconfirmed sightings of the bird, whose declining population is estimated between 50 to 249 mature individuals, have since then been recorded until 2007, according to the IUCN.

“Its discovery in Batang Gadis National Park indicates that there is a previously unknown population of this bird occurring in the area,” van Nimwegen said.

“This is incredibly significant. The national park might be one of its last refuges,” he added. 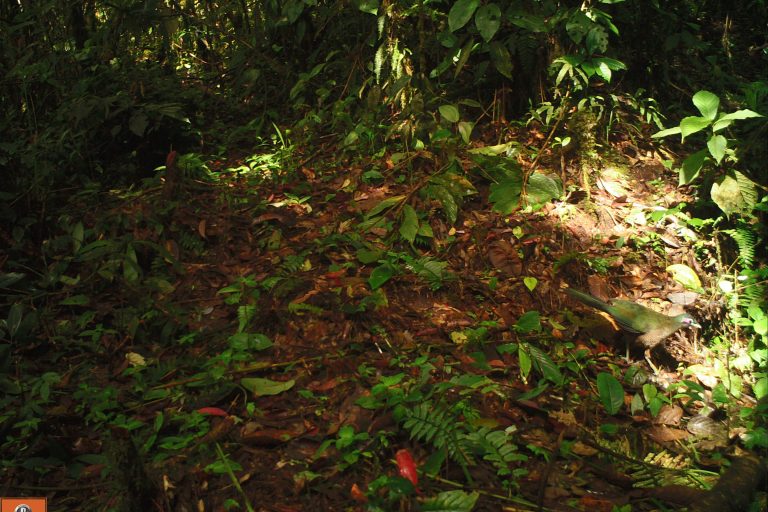 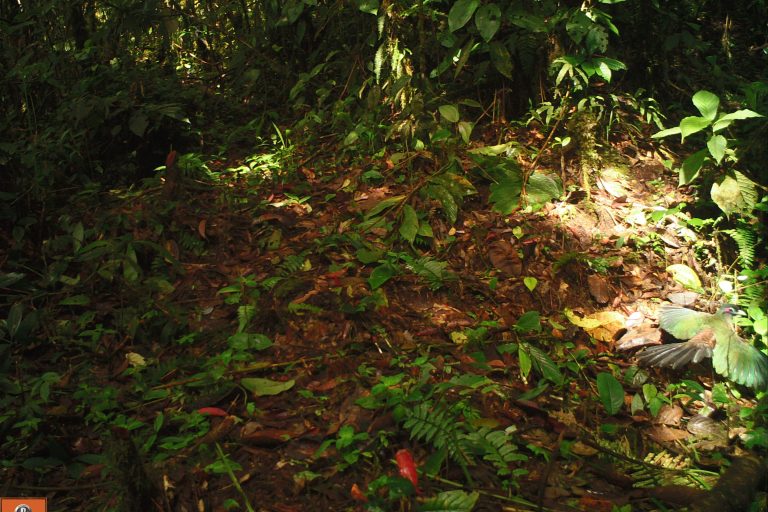 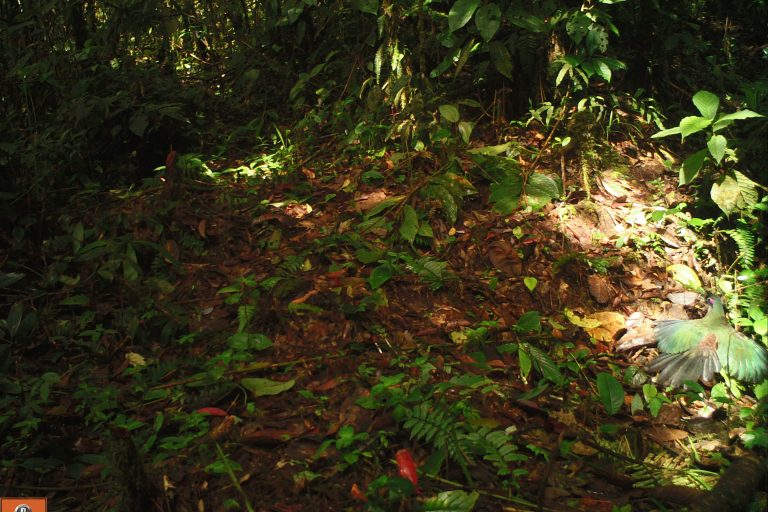 The park’s management agency and CI have yet to carry out field research to obtain more samples. Van Nimwegen noted that it was “very difficult to obtain physical evidence” as there were only eight known specimens of this species.

The cuckoo lives in the foothills and in lower montane forests. It feeds on reptiles and small mammals, according to the IUCN.

Inaugurated as a national park in 2004, Batang Gadis covers some 70,000 hectares (270.27 square miles) of land with an altitude ranging between 300 to 2,145 meters above sea level. The park is also known to house the densest population of tapirs in Southeast Asia.

Encroachment and hunting are the top threats faced by wildlife in Batang Gadis, according to park spokesman Bobby Nopandry.

“We are going to deploy a team to further study this animal so we can form a conservation strategy,” Bobby wrote in an email.