The American pika: A case study in wildlife acclimating to climate change

Research published in the journal Frontiers in Ecology and the Environment last month that examines how wildlife adapts to the impacts of global climate change focuses on the American pika, a small, tailless mammal that exhibits a range of adaptive behavioral changes, as a case study.

The authors of the study note that there are a few “primary responses” to climatic variability available to animals in the wild: “move, adapt, acclimate, or die.” When “acclimate” is a species’ response, that will usually require the species to adapt its behavior to the new climatic conditions it finds itself facing.

“Behavioral flexibility allows animals to rapidly cope with changing environmental conditions, and behavior represents an important component of a species’ adaptive capacity in the face of climate change,” the authors write. “However, there is currently a lack of knowledge about the limits or constraints on behavioral responses to changing conditions.”

The research team, led by Erik Beever of the the U.S. Geological Survey’s Rocky Mountain Science Center in Bozeman, Montana, found that behavioral responses were most common in species with a lifespan of at least three years. Changes in the timing of life-cycle events like reproduction or migration (known as “phenology,” or the observable characteristics of a species produced by its genetic makeup interacting with the environment) are widely believed to be the most common response to climate change, and the researchers’ examination of the scientific literature on the subject mostly bears that assertion out.

Phenological responses occurred in 22.6 percent of the studies Beever and team looked at. But upon closer inspection, the researchers found that changes to reproductive behavior was the single most common response across all taxa, occurring in nearly a third of the studies (32.2 percent). Changes in dispersal or migration were reported in 23.7 percent of the studies, while responses like shifts in feeding or foraging habits, the ways a species uses its habitat or microhabitat, and strategies for avoiding predators were less common.

“Within the examined literature, a majority of studies (67.0%) identified temperature as the climate aspect responsible for, or correlated with, behavioral modification,” Beever and his co-authors write. “By contrast, connections to precipitation (including metrics of rain and snow), humidity, or wind were much less common (19.5% collectively). The remainder (13.5%) attributed behavioral responses to indirect effects of climate, such as changes in food resources or microhabitat structure.”

The American pika (Ochotona princeps) is a good example of behavioral flexibility, according to Beever and team. The species is typically limited to moist, rocky habitats at high-elevations in the mountains of western North America, from British Columbia in Canada to New Mexico in the United States. The pika has been known to employ a number of behavioral responses to the impacts of climate change, including changes to foraging habits, making use of different habitats, and adapting methods for regulating core internal body temperatures (known as thermoregulation).

“Although pikas have experienced climate-related declines in some parts of their range,” Beever and team note, “flexibility in foraging and thermoregulatory behaviors appear to allow other populations of pikas to make use of suitable microclimates in a seemingly unsuitable landscape.”

American pikas inhabit an expansive range as a species, but individuals don’t typically like to stray more than a kilometer from their rocky habitats, which has led to several distinct populations — which makes them an especially good species to study in order to gain a better understanding of localized responses to diverse and changing environmental conditions.

For instance, American pikas usually make their homes in high alpine rock piles at the bases of cliffs, known as talus, where they’ll store caches of grass referred to as “haypiles” to help them get through the winter. But Beever and team observed pikas on the shores of lakes and reservoirs, as well as in other non-talus habitats like downed logs, snags, slash piles, and coniferous forests. “The existence of haypiles (food caches) in these locations suggests extensive use of these habitats, and recent evidence indicates that these non-talus habitats may buffer pikas against extreme winter temperatures,” the researchers write.

The pikas appear to be seeking out more favorable nearby microclimates, which allows them to remain more active during days when the ambient temperatures of their preferred talus habitats, which are frequently subject to full sun, can be much higher. Pikas capable of adapting their behavior in this manner might have better chances of thriving, the researchers suggest: “Such flexibility in habitat selection has never been observed over 23 years of study in the Great Basin, where sharp distributional declines have been observed.”

Similarly, adaptability in foraging habits also appears to confer benefits for pikas. Some populations of pikas in the Columbia River Gorge fulfill as much as 63 percent of their dietary needs by eating mosses that are abundant year-round, for example. Consuming moss may allow those pikas to focus on other activities during the summer instead of caching food for the winter, Beever and team theorize.

Thermoregulation is another important area of adaptation that’s been observed in American pikas. In the more northern parts of the species’ range, where minimum temperatures in winter can be much more severe than maximum temperatures in summer, pikas assume a spherical posture that reduces their surface-area-to-volume ratio and minimizes heat loss much more frequently in the winter than in the summer.

According to Beever and team, a better understanding of the relationships between climate change and behavioral flexibility could help improve animal conservation and management, but more research is needed.

“Many species have a clear capacity to modulate behavior in relation to variations in climate parameters,” they write. “However, much remains to be learned about the trade-offs, fitness implications, and limitations of behavioral flexibility in the context of novel climate dynamics. Furthermore, populations of the same species may differ greatly in how much behavioral flexibility they exhibit to accommodate to climate change. Understanding linkages between climate parameters and local behaviors will facilitate conservation initiatives, but progress in this direction rests on additional engagement from both researchers and conservation practitioners.” 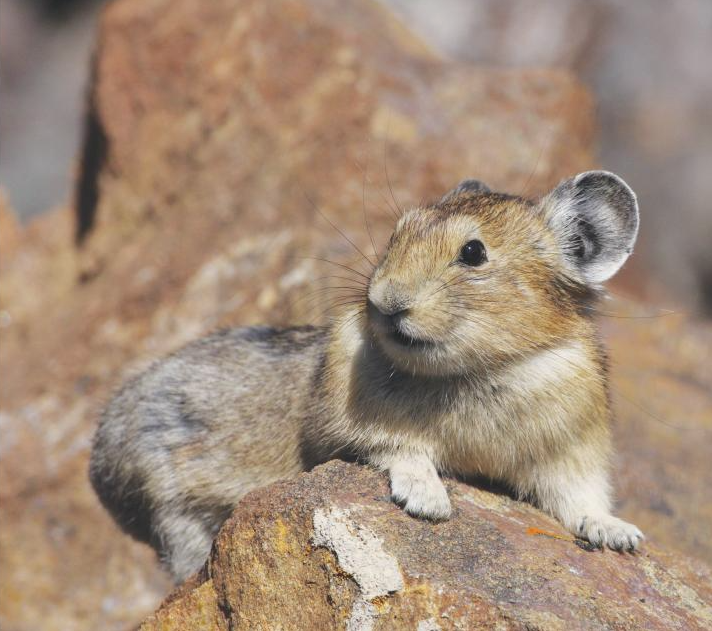