What to expect for rainforests in 2017 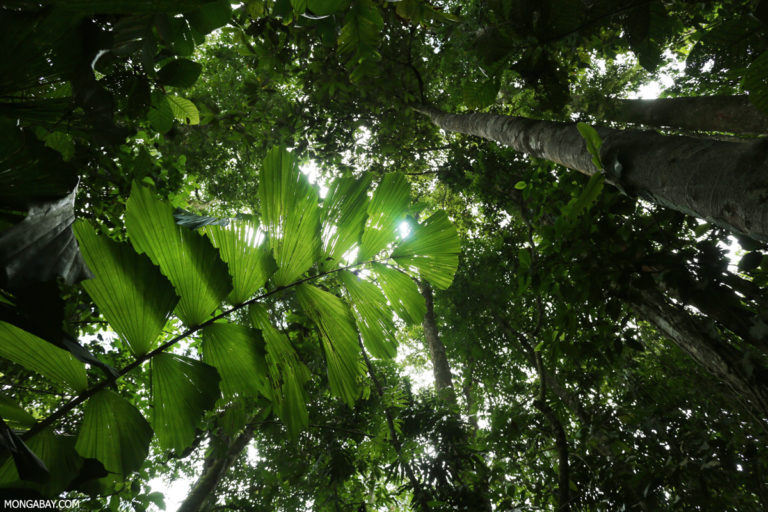 While 2016 lacked the drama of Indonesia’s 2015 fire and haze crisis, surging deforestation in Earth’s largest rainforest and ongoing destruction of forests for industrial plantations meant that it was far from a quiet year for the planet’s rainforests. So what’s ahead for 2017?

Below are eight things we’ll be closely watching in the new year.

But first, be sure not to miss our 2016 year in review post.

1. Will deforestation continue to rise in Brazil?

After a much heralded decade-plus of declining deforestation in the Brazilian Amazon, the region has now experienced back-to-back years of sharply increasing forest destruction. For the twelve months ended July 31, 2016, deforestation in the Brazilian Amazon rose 75 percent off its 2012 level, which was the lowest since annual record keeping began in 1988. Yet the situation is poised to get worse — potentially much worse. At the tail end of 2016, Brazil’s congress moved to eviscerate environmental regulations. And acting president Michel Temer has made no secret of his desire to push for massive infrastructure construction in the Amazon, including dams and highways that threaten to undermine Brazil’s historic progress in curbing forest loss.

President Joko Widodo, or Jokowi, extended and strengthened an unprecedented moratorium on new concessions in peatlands and forest areas. His administration has stepped up prosecution of individuals and companies linked to haze-causing fires and ordered the restoration of millions of hectares of peatlands damaged during last year’s crisis. And as 2016 came to a close, he moved to fulfill a promise to begin recognizing traditional and indigenous land rights, possibly setting in motion a huge redistribution of forest lands from the state to local people.

Despite ending 2016 on an apparent high note, there are plenty of things to worry about in 2017 when it comes to Indonesia’s forests. Jokowi’s moratorium isn’t permanent — it only lasts until the government finishes mapping and zoning the nation’s peatlands. And there are no guarantees that prosecution of companies will hold up in court — while important legal precedents have been set in sanctioning companies for illegal peatlands destruction, the judiciary has set a relatively high bar for liability in some cases given the difficulty in attributing responsibility to fire-setting. Nor is it always clear exactly what instruction the administration is providing to companies.

Additionally, there are significant headwinds for Indonesian companies that have adopted zero deforestation policies. Last year political pressure killed the Indonesian Palm Oil Pledge (IPOP), a private sector initiative that aimed to improve the environmental performance of the palm oil sector. And now the backlash seems to be building: former IPOP members and other zero deforestation companies seem to be in the crosshairs, with officials in the Ministry of Environment and Forestry making a habit of attacking them publicly, while producers that operate in the shadows — the mid-market companies between big exporters and smallholders that frequently have powerful political allies — often escape scrutiny. Big companies offer big targets, but how long will the boards and shareholders of zero deforestation companies remain committed if these policies prompt political retribution?

Outside of politics and zero deforestation, there are plenty of other things to watch in Indonesia in 2017. Will severe haze return? And if it does, will companies and various bureaucracies be able to mount an effective response? Will the peat restoration agency, Ministry of Environment and Forestry, and local governments be able to work together to realize ambitious peat restoration targets? Will jurisdictional approaches advance? What about the stalled One Map initiative that aims harmonize maps between ministries and sub-national governments? And how will indigenous land recognition be operationalized with proper safeguards?

There remains considerable uncertainty about what the Trump Administration will actually do once it’s in office. However early indications don’t look favorable for tropical rainforests. First and foremost, climate change deniers have strong influence in the administration. Antipathy to science is pervasive and the administration also appears to be openly hostile to foreign aid and multilateralism, which are traditionally important sources of support for rainforests. And while Trump claims he wants to be the modern-day Teddy Roosevelt, we have no idea what that actually means. Look for backsliding on agreements (the Reducing Emissions from Deforestation and Degradation — REDD+ — mechanism is the main vehicle for rainforest conservation within the climate framework), defunding of research initiatives and international forest conservation, and investigations and harassment of U.S.-based NGOs working on climate and environmental matters.

Commodity prices regained lost ground in the second half of 2016 but for the year remained well below average relative to the past decade. Low prices have brought a reprieve of sorts for tropical forests, reducing the profit incentive for converting forests for oil palm, timber, and rubber plantations. Should commodity prices continue their rise in 2017, look for an increase in deforestation. 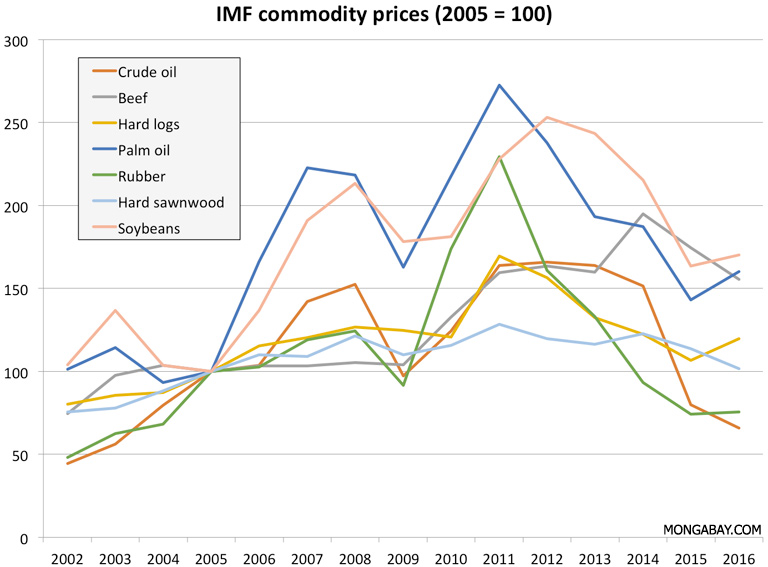 As the biggest market for many commodities produced in the tropics, China’s consumption patterns impact rainforests. Continuing slowing of China’s economy could reduce demand for timber and other commodities.

A second major thing to watch is China’s crackdown on the wildlife trade, including last week’s decision to shut down the domestic ivory trade by the end of 2017. If the ban is effective, it could allow the recovery of elephants, which serve as critical “ecosystem engineers” in African forests. Less ivory poaching could mean less incursion by poachers into rainforests.

The benchmark palm oil price increased by 30 percent in 2016 providing a small reversal for producers after five years of declines. Still, the high profitability of the crop is spurring large-scale expansion outside its traditional stronghold in Southeast Asia. In Latin America, Peru and Ecuador are rapidly scaling up their plantation acreage, while Suriname is poised to approve two major palm oil projects. And in West and Central Africa, is 2017 the year that industrial oil palm finally lives up to the hype or will it continue to be slowed by conflicting land claims, poor infrastructure, high costs, and uncertain politics?

After a turbulent year that saw heated criticism from some NGOs and palm oil giant IOI suspended and then reinstated, the Roundtable on Sustainable Palm Oil (RSPO) is looking for a return to normalcy. The initiative may benefit from a compromise reached between two camps on how to define high carbon stock areas as well as ongoing interest jurisdictional approaches to conservation and sustainable commodity production in places like Sabah, Malaysia.

In 2016 we did not get a global annual update on changes in forest cover, but World Resources Institute’s Global Forest Watch added high resolution forest monitoring in several countries, allowing near-real-time tracking of logging roads and even some types of forest degradation. Look for that improved monitoring to expand across more of the tropics in 2017 along with a global update of tropical forest cover. We’re hoping 2017 be the year that we’re finally able to distinguish between between natural forests and plantations at scale.

Swarms of cube satellites are being launched into orbit. These are already improving forest monitoring by increasing the frequency and resolution of observations. Look for that trend to continue in 2017.

During his campaign, Peru’s new president Pedro Pablo Kuczynski laid out a net zero deforestation target for 2021, but deforestation for industrial plantations in the Peruvian Amazon is scaling up at the same time that illegal logging and mining remain rampant. Peru has some of the best forest-monitoring tools in the tropics so it can see what’s happening — does it have the political will to protect one of the planet’s most biodiverse rainforests?

Myanmar is opening up its economy, potentially ushering in new investment that is putting pressure on forests, including conversion for plantations, mining, and new dams. However demand for timber from China is down and the government has (again) passed a one-year ban on log exports. What happens when the ban lifts?

Cambodia has had one of the highest deforestation rates in the world since 2000. The president recently turned control of protected areas over to the environment ministry from the forestry ministry, but the forestry ministry still has the lion’s share of the resources, leaving the environment ministry severely under-resourced at a time when the government is creating new forest reserves (five in 2016). How the ministries navigate these issues will determine how well Cambodia’s protected areas fare in the year ahead.

The Democratic Republic of Congo (DRC) delayed its election until 2018, prolonging the political uncertainty that has held back projects that will impact its forests. Nonetheless, there remains very strong interest in developing mineral resources, building new infrastructure, establishing industrial plantations, and opening forests to logging (including three large timber concessions granted in 2015). We’ll be watching closely what moves forward in the coming year. 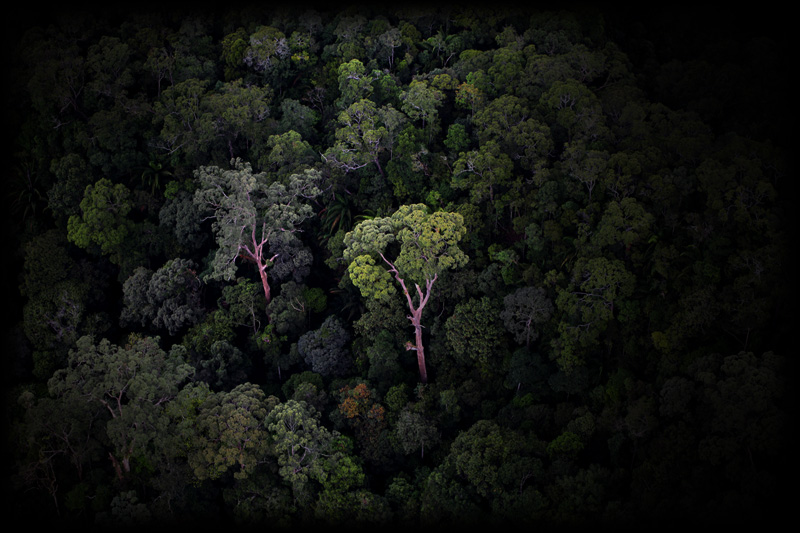 Did I miss something? Feel free to comment publicly below or use the following form to contact me.