Smallest of giant flowers ‘accidentally’ discovered in the Philippines

In the rainforests of southeastern Asia, a parasitic plant called Rafflesia produces the world’s largest flowers. Some Rafflesia flowers, for instance, can be a meter and a half in diameter, and can weigh up to 22 pounds (or 10 kilograms). These flowers, called “corpse flower” locally, often smell like rotting flesh.

Now, on Luzon Island in the Phillipines, a team of scientists have discovered the smallest of these giant flowers.

When fully expanded, this newly discovered flower has an average diameter of 9.73 cm, making it a “dwarf” among all known Rafflesia species, researchers write in a new study published in the journal PhytoKeys. And unlike its larger cousins, this small flower smells like coconut, the New York Times reports.

The discovery was serendipitous, researchers say.  Lead researcher Prof Perry S. Ong’s colleague was walking in a forest on Luzon Island when he accidentally tripped over a pile of forest litter, exposing a small decaying flower. This flower, the researchers found, belonged to a new Rafflesia species. 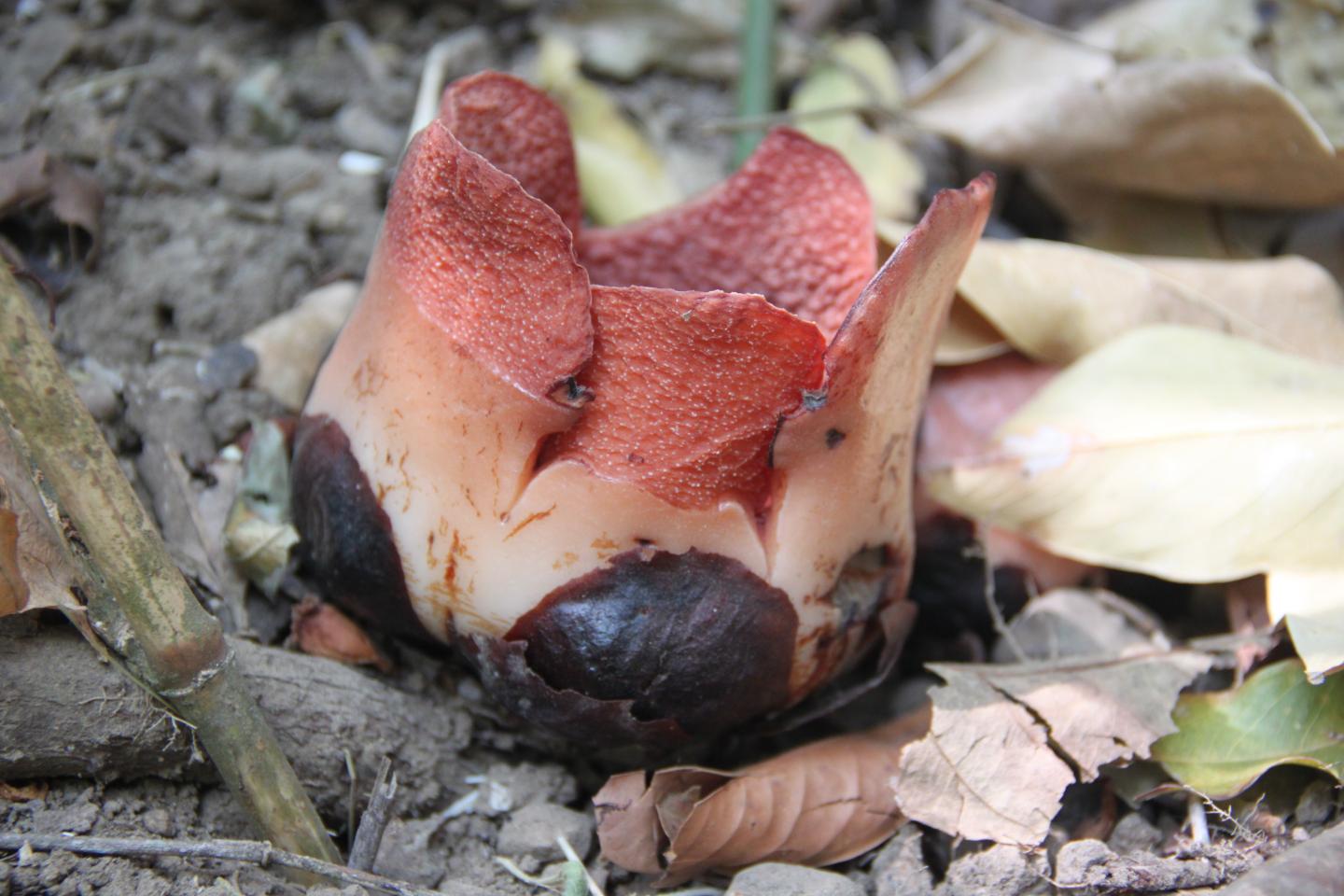 Rafflesia consueloae may have set a new world record, but this dwarf is on the verge of extinction, researchers say.

Only two populations of R. consueloae are known from two mountain sites, Mt Balukbok and Mt Pantaburon. These mountain are about two kilometers (1.24 miles) apart, and occur within the Pantabangan-Carranglan Watershed. Severely threatened by deforestation, these mountain sites now have only remnants of tropical lowland evergreen rainforests, the authors write.

“Following the IUCN Categories and Criteria, we regard this species as Critically Endangered,” they add. “Continued protection of the R. consueloae populations and other biodiversity in the area needs to be ensured as some local people still hunt wildlife there and forest fires are likely in the dry season.”

R. consueloae is the sixth species of Rafflesia to be discovered from Luzon Island, and the thirteenth from the entire Philippine archipelago. Like its giant cousins, R. consueloae has no distinct roots, stems or leaves of its own, and is a parasite. It depends on its host plants for water and nutrients.