The U.S. sparks controversy with their decision to pause new coal leases [NPR]

The Department of the Interior wants to evaluate whether the money it’s charging for coal leases provides a fair return and takes into consideration its impact on climate change and public health.

An elephant herd roaming through Cambodia’s biggest forest sanctuary is a rare site. The footage signals success for a 14-year conservation program and raises hopes for the endangered species’ survival.

Is eco-certification the solution to forest destruction? [Mongabay]

In September 2015, a Peruvian cargo ship delivered 3.8 million pounds of rainforest wood on the docks of Houston, Texas. The wood’s fate shows the criminal practices that still haunt that trade. The chain of events started by the customs block on the shipment resulted in the biggest bust of illegal wood in Peruvian history.

This week, the U.S. Fish and Wildlife Service finalized new regulations in an effort to protect the northern long-eared bat from the white-nose syndrome – a deadly fungal disease. The species is now listed as being threatened under the Endangered Species Act but environmentalists are saying the government should be doing more.

A frozen world so far away, yet its impacts could hit so close to home [New Zealand Herald]

With temperatures that plunge to -40C, months of perpetual daylight or darkness and freezing windstorms, Antarctica almost seems like it exists on a completely different planet. Yet the continent isn’t as far away as we tend to think and what’s happening there could likely affect us all.

How about a side order of plastic with your fish dinner? [Deutsche Welle]

Plastic trash in our oceans eventually breaks down into tiny pieces and makes their way into the stomachs of marine life. German researchers say that not all fish eat microplastics – but for those that do, it remains unclear as to whether the plastics that get into the fish’s bloodstream end up in ours.

Forestry giant Asia Pulp & Paper announced that it will establish an up to $10 million program to support the economic development of 500 villages in Sumatra and Kalimantan and work with them to combat deforestation.

New research reveals that western European waters are a global hotspot for lingering toxic PCB pollution, which is damaging the reproduction of orcas and dolphins. Researchers believe UK’s last pod of killer whales is doomed to extinction.

While last year’s historic Paris climate agreement holds the promise of a global shift in combating climate change, the shift also comes with a warning. As there is no way to predict unintended consequences of geoengineering, careful research must be used before experimenting with technology to fix climate change – but that is easier said than done.

African lions may be getting a protection upgrade [BBC News]

Due to the global attention that was brought on by the killing of Cecil by an American dentist in Zimbabwe last year, lions are set to gain greater international protection in 2016. Tough new U.S. regulations on the importation of lion trophies will go into effect on January 22. 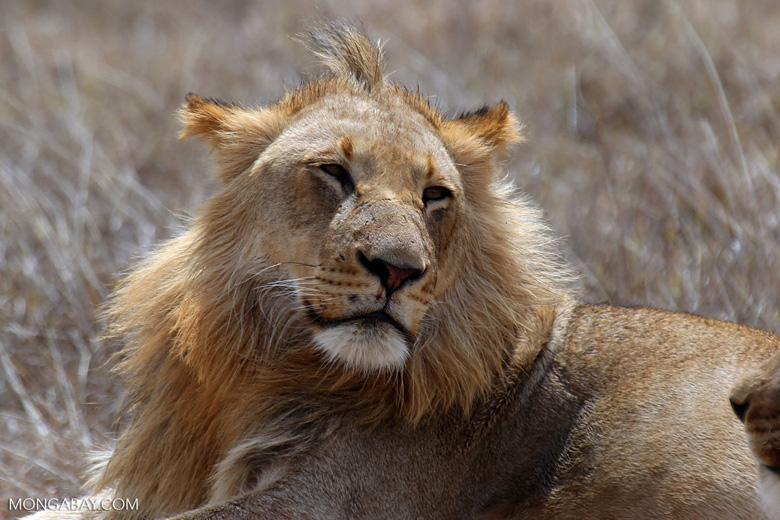 A coalition of conservationists, recreational fishers and farmers want Australia’s state and federal governments to get rid of European carp, or “Australia’s worst freshwater pest”, by releasing carp-specific herpes virus in Murray river.

This sting operation brought down a pair of prominent wildlife criminals

The Lava Jato investigation is now starting to explain one of the mysteries surrounding Amazon development: why the Brazilian government is investing so heavily in these dams, which have long been criticized for being economically unviable, and socially and environmentally unsustainable.

The federal government of Malaysia plans to build a bridge near the Kinabatangan Wildlife Sanctuary, home to some of the densest populations of megafauna in Malaysia, and pave a road through part of it this year. The plans have raised many objections from NGOs and scientists who work in the region.

Russell A. Mittermeier, a primatologist who serves as Executive Vice Chair at Conservation International and Chair of the IUCN SSC Primate Specialist Group, makes a plea for careful evaluation of a proposed road project through the heart of Malaysia’s Kinabatngan.

These species need protection from booming demand for luxury furniture

Multiple countries are calling for new CITES protections to address the urgent conservation dilemma posed by a booming Asian demand for luxury furniture and other goods made with deeply hued tropical hardwoods like rosewood, mahogany and ebony. The demand is wreaking havoc on forests local communities from Asia to Africa and Latin America.