Last Wednesday, September 23, an estimated 200 indigenous residents from Sector Boca Manu, Comunidad Nativa Diamante, and Isla de los Valles located near Manu National Park decided to take their protests to the next level: they kidnapped a group of at least 45 tourists and researchers who traveled in the region, and threatened to keep them in captivity until their demands were met.

Amongst the kidnapped, there were Peruvians and foreigners; German, British, and American travelers who had little to eat and were dehydrated from the Amazonian heat. John Terborgh was there too; he’s a renowned American biologist and author of “Requiem for Nature”, a book about the challenges to conservation in Manu National Park.

Less than two days later and after negotiations with local and national officials, the group was set free and taken to a local refuge. Everyone was in good health, except for one man who dislocated his shoulder. They will soon head to Madre de Dios or to Cuzco to go on with their travels.

“We were able to free them thanks to work of the Public Affairs Ministry, the national policy, and our institution,” said Pedro Gamboa, chief of Peru’s National Protected Natural Area Service (SERNANP). 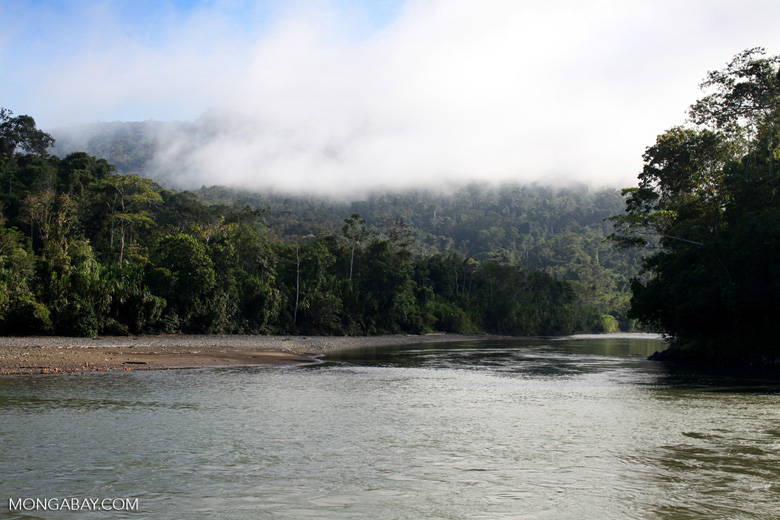 The TV news program canal.pe identified the mayor of Boca Manu and the town’s “struggles committee” as those responsible for the kidnappings. They demanded the government — and in particular, SERNANP — that they withdraw a complaint aimed at officials from the regional Madre de Dios government, over the illegal construction of a highway in the buffer zone known as the communal reserve of Amarakaeri.

According to SERNANP, this road infrastructure project does not have favorable technical reviews, nor does it have an environmental impact assessment. What’s more, the approved technical file associated with it is for local road improvement, not for a highway project.

Currently, the highway has a width of 82 feet by almost two miles. There is fear that a road of that size would encourage illegal activities such as deforestation and mining, two main sources of profit for nearby communities.

“The tourists were not badly treated, and we have not found the use of any weapons by the kidnappers”, said the director of the national police, Vicente Romero. “The reason they kidnapped is so they could be heard.”