Scientists unite on World Elephant Day calling for ban on ivory trade in the U.S.

On August 11, the eve of World Elephant Day, a group of 250 scientists from varied backgrounds, disciplines and organizations around the world sent a letter to Barack Obama urging for the closure of commercial ivory trade in the United States.

The letter, according to Wildlife Conservation Society, was conceived and circulated by the Association of Zoos and Aquariums, Born Free USA, Defenders of Wildlife, Environmental Investigation Agency, Humane Society International, The Humane Society of the United States, International Fund for Animal Welfare, Wildlife Conservation Society, and other groups.

“Members of the scientific community are particularly aware of the destructive effects the ivory trade is having on populations of African elephants,” said Dr. Susan Lieberman, Vice President of International Policy at the Wildlife Conservation Society and a signatory to the letter. “It is our hope that we can use our expertise to convince policy makers at home and abroad of the need for these regulations and to close all domestic ivory markets.”

In just the last 30 years, the elephant population in Africa has already been reduced from around 1.2 million to about 420,000. And a recent study found that 100,000 African elephants were killed between 2010-2012 alone. The scientists behind the letter are in agreement that the illegal killing of elephants for their ivory is a primary cause of these major declines.

A new analysis indicates that between 2002 and 2013, 65 percent of the central Africa’s forest elephants – 200,000 individuals – were killed. The numbers are staggering and translate to one elephant being poached every fifteen minutes for ivory. If this poaching trend is not reversed, elephants will be erased from large areas of their range in Africa within our lifetime.

“You don’t have to be a scientist to know that ivory comes from dead elephants,” said Teresa Telecky, Ph.D., director of the wildlife department at Humane Society International. “We’ve come together as scientists to ask the U.S. government to end this destructive trade once and for all.”

On July 25, during his trip to Kenya, President Obama announced the pending release of the long-awaited “4(d)” rule revision on African elephant ivory. In their letter, the scientists commended the proposed rule and recognized it as a way to help guarantee that the U.S. is no longer contributing to the global trafficking of elephant ivory.

The 4(d) rule change would prohibit most ivory sales in interstate or foreign commerce – with exemptions for authentic antiques and certain manufactured items containing miniscule quantities of ivory – and leave in place other import/export and sales restrictions that the US Fish & Wildlife Service implemented last year. Importantly, prospective sellers would be required to show proof that their ivory items meet the criteria in order to be granted an exemption. However, possession and ivory items that are gifted or inherited would not be regulated under the proposed rule.

“International ivory trafficking is a serious threat to the survival of the African elephant. We must do our part to stop the illegal trade in ivory here in the United States,” said Defenders of Wildlife President and CEO Jamie Rappaport Clark. “We urge the administration to finalize its critical regulatory changes to crack down on ivory trafficking as quickly as possible.” 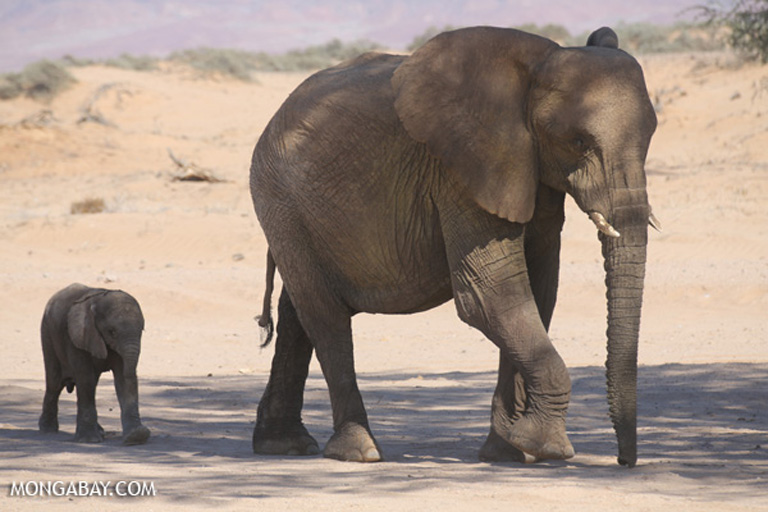