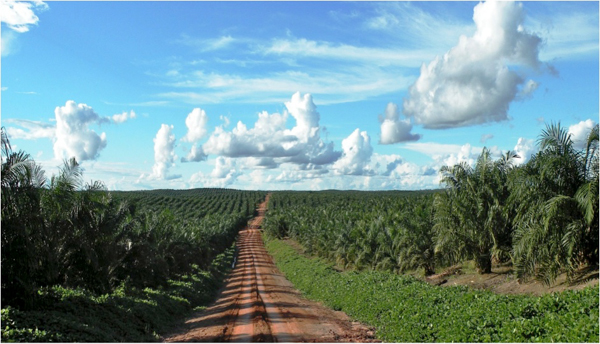 Eighteen million hectares of forest were lost globally in 2013. Such an unprecedented rate of deforestation is a significant driver of climate change, accounting for approximately 12 to 15 percent of greenhouse gas emissions. Voluntary agreements to reduce deforestation have become common in places without effective regulations. A new study in Mongabay’s open access journal Tropical Conservation Science compares four such initiatives in the tropics to examine how they vary in effectiveness and determine what makes such endeavors work, or not.

The main culprits in the culling of tropical rainforest are the palm oil, soy, timber, and cattle industries. The study focuses on initiatives in Brazil and Indonesia, where deforestation is rampant and regulation inhibiting it is lacking or poorly enforced. To sidestep this issue, agreements involving all actors in the supply-chain have become the norm. They involve commitments from industry leaders and others to ensure that deforestation-free products reach consumers.

Study author Karen Meijer, an environmental policy researcher with the German Development Institute, focused on four initiatives: the Soy Moratorium, the Cattle Agreement, and the Roundtable on Responsible Soy (RTRS) in Brazil, and the Roundtable on Sustainable Palm Oil (RSPO) in Indonesia. The first two involved temporary bans, with major companies pledging not to buy from producers linked to deforestation. The last two are certification schemes involving members from all links in the supply chain, from farmers to retailers and everyone in between.

The study found that the temporary bans tended to be more effective in terms of achieving compliance within the supply chain and setting stricter goals than the certification schemes.

The two moratoria — the Soy Moratorium and the Cattle Agreement — involved large companies near the top of the supply chain temporarily refusing to buy from suppliers linked to deforestation. Because of their market sway — companies participating in the Soy Moratorium represented 90 percent of Brazil’s total soy market — these companies were able to impose their will on those further down the supply chain who depended upon their business, resulting in higher compliance rates than found in certification schemes.

In contrast, the two certification schemes included stakeholders from all links in the supply chain and were built through consensus and compromise. Catering to multiple demands and interests seems to have weakened the collective ambition and deforestation targets, according to the study. Rather than enacting a blanket ban on deforestation, the certification schemes prohibit deforestation of primary, native, or high conservation-value forest, which account for relatively small areas of total forest cover.

According to Meijer, an important factor influencing companies to sign up for both kinds of initiative was the threat of negative publicity, or “blackwashing,” combined with a somewhat inflated judgement of consumers’ desire for deforestation-free goods. Within the moratoria, she notes that big companies are more susceptible to blackwashing than those lower in the supply chain, which are less visible to the public. Within certification schemes, the retailers and suppliers fear public backlash the most.

But Meijer notes that in reality the financial benefits of certification schemes to members are low, in part due to limited demand from consumers for certified products. Given this limited demand, the threat of a bad image may be what motivates companies to clean up their supply chains, rather than the allure of profits.

The study notes that both approaches were vulnerable to being compromised by "leakage." Like putting pressure on a balloon, decreasing deforestation in one area may wind up pushing it to another, as when land unlikely to be certified is sold for another use or producers switch to less-stringently monitored crops.

Although concluding that both initiatives have considerable benefits, Meijer suggests they are both ineffective as stand-alone policies when it comes to reining in rampant deforestation. "The initiatives play a role in raising awareness among producers and consumers and contribute to improved production practices, but are unlikely by themselves to largely reduce deforestation," she writes.

Meijer recommends a two-pronged approach to successfully reduce agricultural deforestation: “international governmental and non-governmental parties should continue to combine the promotion of sustainable products in consumer countries with support in producer countries to better enforce laws and change (counter-productive) regulations and incentives.”

Otherwise the incentives for producing deforestation-free products will remain low.