Together we stand: A policy approach to reducing food loss in West Africa 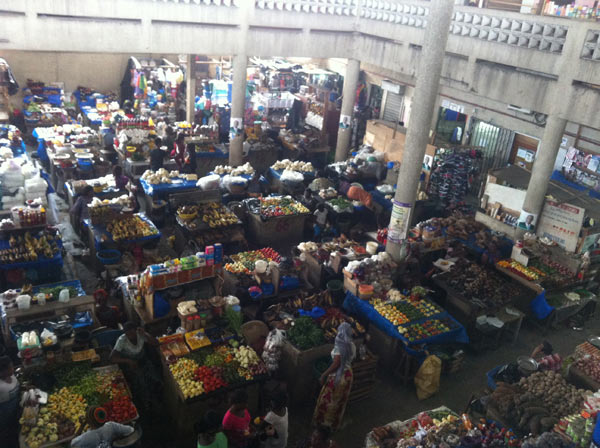 The question is a preoccupation for Lamido Sanusi, the former governor of the Central Bank of Nigeria. For Sanusi and other experts, the problem is a lack of processing capacity, which leads to enormous waste and a giant food import bill.

“The situation can be explained by under-investment in technology, infrastructure and education,” Sanusi said in remarks at the 2013 OECD International Economic Forum on Africa. “Localization of production is required.”

About a third of the food grown in sub-Saharan Africa is lost before it reaches the consumer, largely due to inadequate storage and transport and an inability to transform raw produce, like tomatoes, into longer lasting processed foods, like tomato paste. The food lost after harvest is enough to feed an additional 300 million people in a continent where roughly 200 million experience chronic food insecurity.

Governments are taking steps to improve the situation by building transport infrastructure and enacting favorable trade policies. So far, these and other reforms have produced limited progress, leaving ample space for private sector and grassroots solutions. For-profit enterprises and individual innovators are putting forth ideas and delivering concrete results.

The tomato industry in Nigeria is a case in point. Nigeria is Africa’s most populous country and largest economy, and grows 1.5 million tons of tomatoes each year. Although tomato is a key ingredient in many Nigerian recipes, more than half of the harvest is never consumed.

Locally grown tomatoes often wilt on the vine and rot in storage shacks or on the road to market, while the country spends $360 million annually to import more than 300,000 tons of processed tomato paste from as far as China and Singapore.

Where some saw a problem, businessman Aliko Dangote spotted an opportunity. Earlier this year, his company opened a tomato paste factory in Dangote’s home state of Kano in northern Nigeria to process tomatoes that might otherwise have been left in the fields. The $30 million Dangote Tomato Processing Factory is currently touted as Africa’s largest tomato paste plant, with a processing capacity of 1,200 tons of raw produce daily.

Company officials say the factory will provide a fair and steady price, and a guaranteed market, for thousands of farmers in the surrounding countryside. If all goes well, plans call for the doubling of production, virtually eliminating the country’s need to import tomato purees. 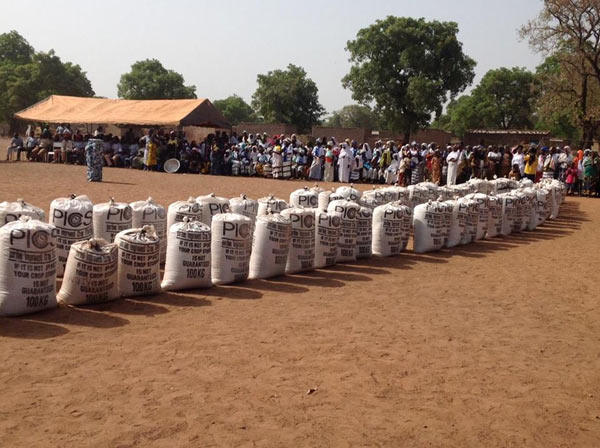 Purdue Improved Crop Storage (PICS) bags are an inexpensive solution for farmers, who lose up to half their cowpea crop to pest infestation. Photo credit: Dieudonne Baributsa/Purdue University

Dangote is Africa’s richest man and heads a conglomerate with interests in everything from construction cement to flour mills. Another Nigerian billionaire, Tony Elumelu, has invested in a fruit juice processing plant in central Benue State. But it doesn’t take a wealthy industrialist to make a meaningful contribution to reducing food waste in West Africa.

Small-scale and low-tech interventions are also making a big impact in the areas of storage and transport. For instance, researchers have shown that switching from raffia baskets to plastic crates during shipping could dramatically reduce post-harvest tomato losses in Nigeria. This simple change would mean more fresh tomatoes in the markets and more raw materials for Dangote’s factory.

In several West African countries, a simple plastic bag is helping to reduce waste and increase incomes for cowpea farmers. Also known as the black-eyed pea, cowpea is an indigenous legume and an important source of protein that thrives in the arid Sahel region of West Africa. Unfortunately, it is highly vulnerable to insect infestation, with up to 50 percent of the crop consumed in storage two months after harvest.

At a cost of $1-3 each, Purdue Improved Crop Storage (PICS) bags use three layers of plastic to create a hermetically sealed environment, depriving weevils of the air they need to survive. Developed at Indiana’s Purdue University in collaboration with African researchers, the bags also eliminate the need for chemical pesticides, providing significant benefits for safety and to a farmer’s bottom line.

Dr. Larry Murdock, the Purdue entomology professor who led the team that developed PICS, traveled to western Burkina Faso in April to attend an “Open the Bag” ceremony. Hundreds of farmers from the town of Soumoussa gathered with local and regional leaders to watch as 80 PICS bags stuffed with various grains were opened after six months in the stockroom.

“The grain was as well preserved as it was when it was put into storage,” Murdock said. “There was much excitement and interest in this low cost, simple hermetic technology that avoids the use of chemicals.”

Farmers previously forced to sell their entire crop at harvest, when prices are lowest, can now store grains for several months and sell when market conditions are more favorable. In Niger, developers say using PICS bags could keep markets stocked with grains all year round and add up to $150 to farmers’ annual incomes. This is in a country where more than 80 percent of the people make their living from agriculture, and the average annual income is around $400.

Murdock sees public events like the bag-opening ceremony in Burkina Faso as an important way for researchers and farmers to exchange information. It “is the best way to learn from people – what they like, what problems they might have, how PICS is affecting their lives, how we might make it better,” he said.

Farmers in several West African countries have been using PICS bags since 2009. Though originally developed for cowpeas, the sacks have proven effective in preserving maize, sorghum, peanuts, sesame and other produce. Purdue, with the help of a $10 million grant from the Bill & Melinda Gates Foundation, is now working to spread the technology throughout the continent.

Rural West African communities could significantly reduce post-harvest food waste, add value and increase revenue if they could process agricultural products close to the farm. But a major obstacle to developing that local food processing capacity is the lack of reliable power, which is why rural electrification is a so important to reducing food loss and improving food security. 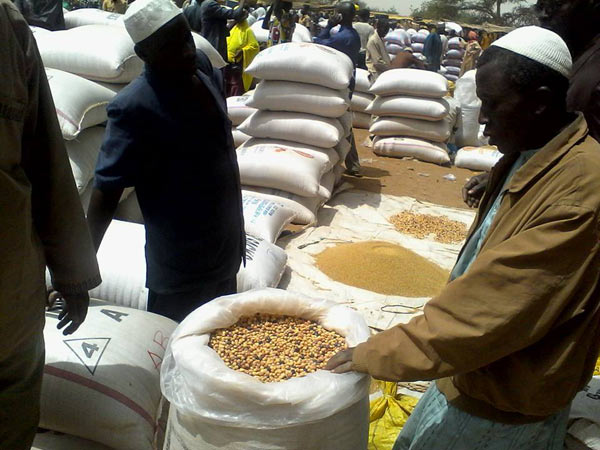 West Africa has some of the lowest electricity access rates in the world, according to the African Development Bank (AfDB). More than 57 percent of West Africans have no access to electricity, and the figure is starkly higher in rural areas. In Ghana, for example, 87 percent of urban dwellers have power, compared to just 5 percent of rural residents.

National and regional authorities have devised countless plans to increase energy, but extending infrastructure to remote communities will take many years and billions of dollars. In the meantime, off-grid solutions are emerging from the private sector, from civil society and academia.

The Kumasi Institute of Tropical Agriculture (KITA) offers technical instruction and research to strengthen agriculture in Ghana. And the lessons are not restricted to the classroom. The Institute is working with farmers in the town of Ohwimase, in the Ashanti Region, to install a 20-kilowatt gasifier plant to convert biomass and agricultural waste into electricity. The energy produced will power equipment for a palm oil processing enterprise run by local women.

In Nigeria, a farmers’ cooperative is joining forces with a private energy company to reduce waste and add value to the maize harvest in Kaduna State. The Babban Gona Agricultural Franchise and Topstep Nigeria Limited plan to grow the local maize processing industry by harnessing a readily available energy source. The company has already installed a solar-powered maize mill and has plans to add five additional processing stations near the farmers’ fields, expanding processing capacity to 1,400 tons per year.

Both the KITA gasifier and the Kaduna solar maize mill have been recognized as promising initiatives promoting access to “reliable, affordable, and sustainable power” for local economic development in Africa. The U.S. African Development Foundation (USADF) named both among the winners of its “Power Africa” off-grid energy challenge, awarding each project a $100,000 prize.

These solutions, along with many others, are already making a real difference in the lives of farmers, while strengthening food security for all of West Africa. The challenge is in identifying the most promising innovations and scaling up for greater impact.

The nascent tomato processing industry in Nigeria has benefited from the financial backing of the country’s central bank and from the government, which built a road connecting farmers to the factory. Eliminating food waste in West Africa will require many more partnerships like this one, engaging public and private sector stakeholders, researchers and, especially, the farmers themselves.