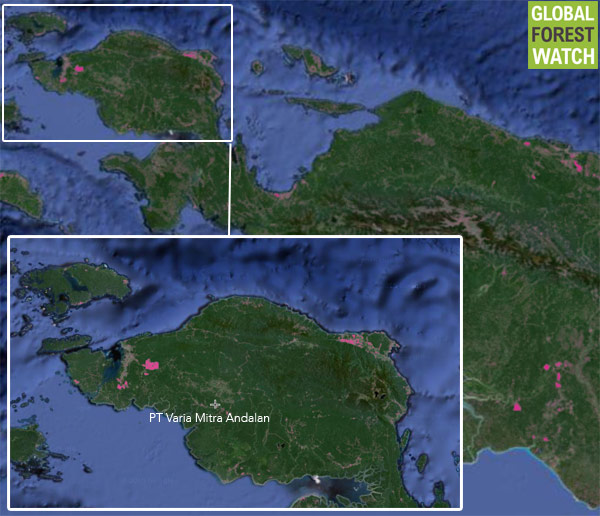 The findings led Greenomics to call on the companies to respect their “deforestation-free” sourcing policies. Both companies are signatories of the Indonesian Palm Oil Pledge (IPOP), a corporate commitment to eliminate deforestation from supply chains.

“Cargill has maintained trading relations with a company that remains involved in deforestation – something that is obviously not in line with IPOP and Cargill’s commitment to forest protection in all its agricultural supply chains, including in the palm oil sector,” states the report. “In the context of cleaning up their supply chains from deforestation, Golden AgriResources stated that this process would commence in early March 2014.” 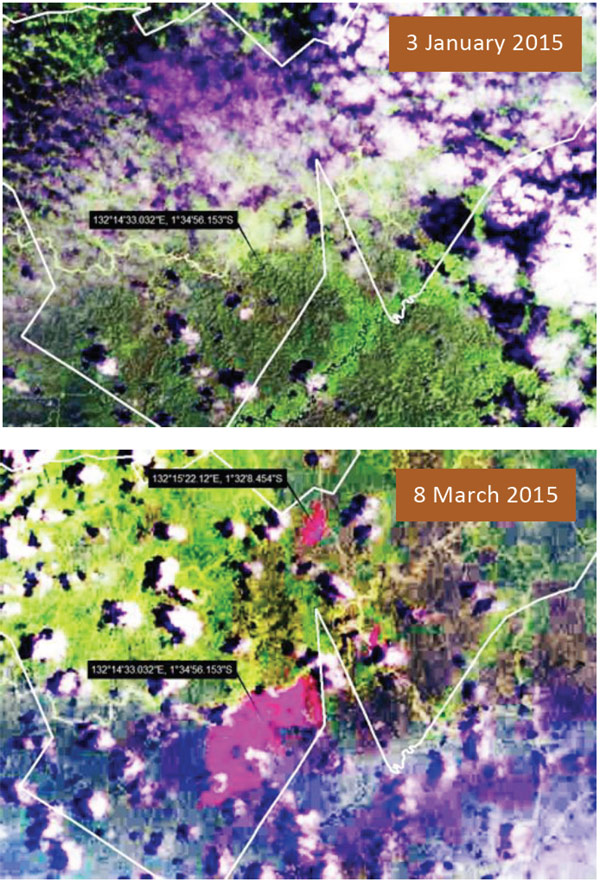 In response, Cargill and GAR told Mongabay they would investigate the matter.

“We take the allegations concerning PT Varia Mitra Andalan (VMA), a subsidiary of PT Eagle High Plantations, seriously as our suppliers must comply with our no deforestation commitments as stated in our Forest Conservation Policy (FCP),” a GAR spokesperson said. “We have immediately engaged with PT Eagle High Plantations to investigate and clarify this matter.”

“Cargill takes all grievances and allegations extremely seriously and we are currently investigating these accusations,” a Cargill official told Mongabay. “Results of the investigation and the resultant corrective measure(s) will be made available to the public. Regardless of the conclusion, Cargill remains committed to our due diligence procedures to better identify HCV and HCS violations.”

Cargill added that the current contract between its subsidiary Poliplant Sejahtera, which it acquired last year, and Eagle High Plantations applies only to fresh fruit bunches sourced from West Kalimantan in Indonesian Borneo, so it doesn’t actually source palm oil from the plantation cited in the report.

Nonetheless, the company affirmed that it remains “firmly committed” to responsible palm oil production and sourcing.

“We will reevaluate our relationships with suppliers that do not meet our standards,” said Cargill. “Sustainability of the global palm oil supply chain requires the perpetual participation of all parties involved and we encourage constructive dialogue from all stakeholders. Cargill continues working with NGOs and the rest of the industry to adjust and improve our policies towards our goals of protecting forests, peat lands, local communities, and human rights.”

Greenomics’ research is based on legal documents acquired from the Indonesian government as well as satellite data from Landsat and Google Earth. It says forest clearance by VMA in the West Papua concession appeared to accelerate during the first quarter of 2015. According to the Ministry of Forestry, most of the area consists of secondary forest that had previously been selectively logged.

The palm oil industry’s expansion in Indonesian New Guinea is a major concern for human rights groups and environmentalists. The region — which is seen as Indonesia’s “last frontier”, with the largest extent of forest cover and the highest proportion of people living in traditional communities — is being targeted by industrial interests, including oil and gas developers, mining companies, loggers, and agribusiness. New projects are also a priority for the Indonesian government, which is seeking to strengthen hegemony in the sometimes restive region. For example, last week officials confirmed that the controversial transmigration program, which moves people from Indonesia’s crowded central islands to less populated ones, will be continued in order to support plantation and industrial agriculture development near Merauke.