In Sumatra, an oasis in a sea of oil palm 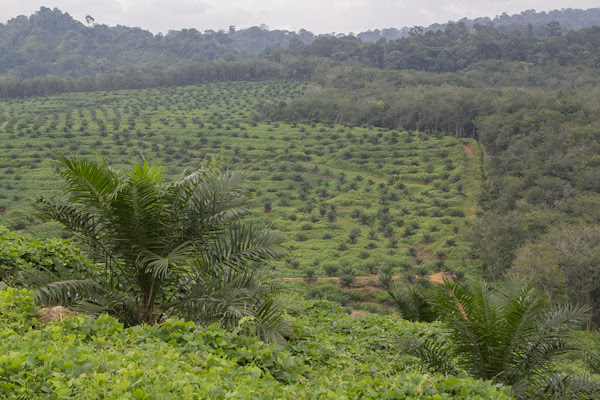 The landscape during the five-hour ride from Medan, the capital of Indonesia’s North Sumatra province, to Tangkahan village is dominated by manicured rows of oil palm that stretch for hundreds of kilometers in all directions. The sky is darkened by clouds of smoke from nearby forests set ablaze to clear land and from the smokestacks of pulp refineries along the way. What once was a drive through lush tropical forest has become a bumpy journey across a monoculture of non-native tree crops used to extract palm oil coveted by global markets. The Elaeis guineensis is native to West Africa and the Elaeis oleifera to Central and South America.

It is estimated that Sumatra has lost 85 percent of its forests in the past half century, primarily due to widespread conversion for oil palm and pulp plantations. The island’s diminishing forests are the only place where orangutans and tigers still live alongside elephants, rhinos, bears and gibbons – all endangered – in the wild. They are also home to the world’s largest flowering plants, the Rafflesia and the Titan Arum (Amorphophallus titanum). The ever-expanding oil palm fields have all but substituted one of the most productive, unique and biodiverse natural areas of the planet. Faced with this situation Tangkahan’s residents decided to stop the trend and have taken conservation into their own hands.

Most of its residents belong to one of Indonesia’s largest ethnic groups, the Batak Karo. Ever since the first Dutch colonialists arrived, these people have resisted external pressure to change their traditional lives. Prior to the oil palm boom, they had seen their lands altered, but never so drastically.

For travelers, Tangkahan is a welcome respite from the rutted roads and the monotony of the preceding landscape. Two rivers, the Batang and the Buluh, intersect the village, the oil palm plantations and Gunung Leuser National Park, which together with Kerinci Seblat and Bukit Barisan Selatan National Parks form part of the Tropical Rainforest Heritage of Sumatra, a UNESCO World Heritage Site.

Tangkahan residents have witnessed neighboring communities’ forcible displacement by land grabs and engulfment by plantations. These people are losing access to valuable natural resources and ecosystem services as oil palm advances on their forests. “Many villagers thought the plantations would bring economic advancement, but now they find that the industry hasn’t provided many benefits at all, or at least not to them,” said Edy Susilo, a resident and nature guide from nearby Bukit Lawang village. “While foreign companies get richer, some local people are more impoverished than before.”

Decades ago, Edy’s father, Mudjeni Ario, fought a similar battle for Bukit Lawang’s forests. In the 1970s, international NGOs had supported the construction of the Bohorok Orangutan Center, which became a magnet for travelers seeking a glimpse of rare primates. However, those efforts were threatened by steadily advancing logging and plantation companies. In the 1990s, conscientious villagers, enlightened by conservationists and encouraged by tourism’s potential, organized a series of protests – some turned violent – and gradually lobbied the government to protect their lands.

In contrast to other communities, the conservation efforts in Bukit Lawang resulted in an influx of tourism, which in turn created employment and brought in money and stability for residents. Bohorok stopped operating years ago, but the rehabilitated orangutans and their fellow forest animals became a profitable attraction. Today the village is heavily developed and buzzes with backpackers in search of adventure in the remote jungle – perhaps to the point of unsustainability, according to some in the business. Paradoxically, the large number of visitors and lack of control are impacting the forest, potential endangering the orangutans. 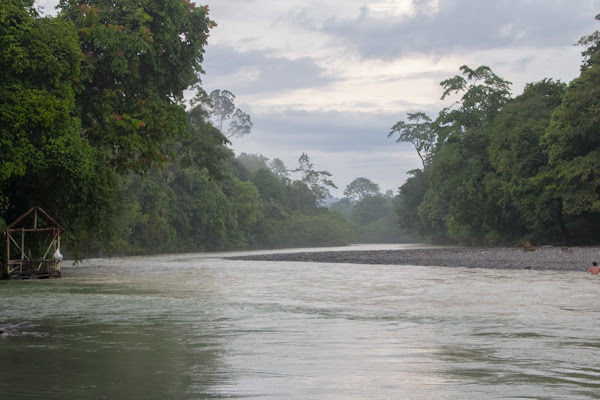 Neither scenario is lost on Tangkahan residents. In 2001 the Tangkahan Tourism Foundation was established to provide a sustainable alternative to poaching and deforestation. Asked whom the foundation benefits, Ika Sitepu, a local guide and one of the torch carriers for Tangkahan’s conservation efforts, said, “Our community-based conservation programs and tourism benefit all the community, not only a few.”

Besides primates, Tangkahan is home to a family of Sumatran elephants (Elephas maximus sumatranus). With a shrinking habitat, some of the few remaining wild elephants have fallen into conflict with development and oil palm projects. The potentially dangerous animals must sometimes be relocated or captured and taken to “elephant training centers,” where they learn to work with mahouts, or elephant keepers.

The transition from the wild is a sad and sometimes deadly process that not all elephants survive. “It is a sensitive subject for many people,” Ika said, “but in many cases it is better than the alternative: killing them.” Because of the continuous assault on natural habitats in Sumatra, run-ins with elephants haven’t decreased. In recent months several wild elephants have been found dead in Aceh province. Since 2012 around 200 elephants have perished, weakening an already frail population. During the same period three calves have been born in Tangkahan’s elephant camp, a small but welcome addition to the tight-knit community.

Activities with Tangkahan’s elephants are managed by the Conservation Response Unit, the local authority created so rangers could patrol the park with the elephants to search for illegal loggers and poachers. During patrols the group of elephants and their mahouts plough through the thick Sumatran jungle in remarkable silence. The creatures tread along narrow muddy trails with the dexterity of ballerinas, grabbing trunkfuls of vegetation to snack on as they go. The rangers utter short commands to the pachyderms while listening intently for the telltale whine of chainsaws, crashing trees or gunshots echoing through the jungle.

For a small fee visitors can meet the elephants through informative hands-on presentations with the guides and rangers. This provides much-needed additional income used to care for the animals who in turn help the villagers protect the forest.

Government contributions are not much; money trickles slowly to remote areas. However, a few NGOs contribute services and support. The Veterinary Society for Sumatran Wildlife Conservation, for example, provides care to the animals. Raw Wildlife Encounters, a grassroots ecotourism organization, helped establish community initiatives like the Tangkahan English Club, and it plans to build the Orangutan Haven and Wildlife Conservation Education Centre. Even travelers impressed by the region’s beauty and its people’s charisma have gotten involved, as with the case of Tangkahan Effect, a project dedicated to supporting the community’s well-being through fundraisers for equipment and materials.

Ecotourism is often seen as a way to empower communities with access to wildlife and beautiful natural areas. But what about when there are no visitors? Tourism in a place like Sumatra is not always feasible. The Indonesian government usually lacks the infrastructure and political will to support sustainable efforts in places so remote and in direct competition with one of the country’s largest exports: palm oil.

In Tangkahan, at least, they have learned to value the healthy forest across the river, not necessarily for tourists, but for themselves. Without the variety of ecological services it provides – free fruit and vegetables, clean water – locals would have a greater need to earn money – probably through work on a plantation. By managing their area of Gunung Leuser National Park sustainably, they have improved their quality of life, while residents elsewhere have lost that opportunity. “There are no guarantees that tourism, or government or anyone, will save our communities,” Edy said. “We have to save ourselves.” 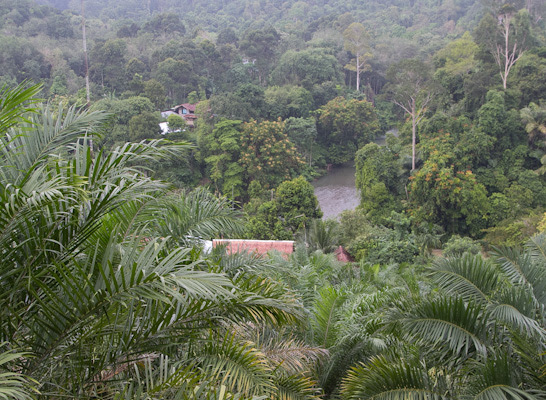