In Aceh, an illegal logger reformed 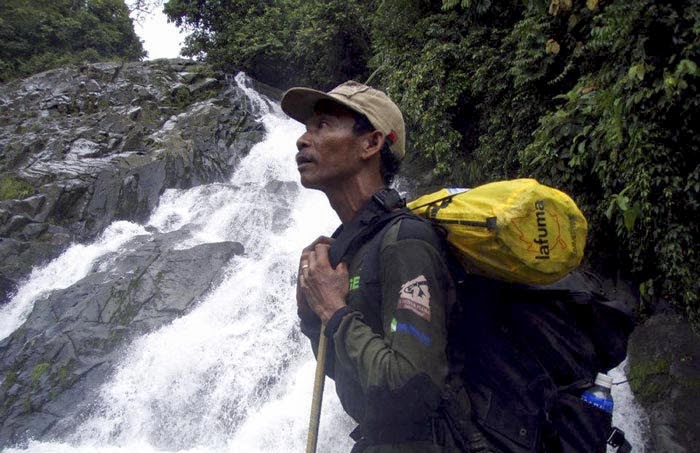 In his former life, Mukhtar made a living felling trees illegally. He was used to hiding from the police and angry villagers. Sometimes, he would run into the forest, and stay there for long stretches of time.

That meant more time away from his wife and four kids at home. Their relationship suffered for it.

“I started logging like this in the 1990s,” said Mukhtar, who goes by one name. “I entered almost every protected forest in Aceh Jaya [regency] to find the best wood to fill my customers’ orders.”

As time went on, and the incidence of flooding in Aceh Jaya increased, Mukhtar began to question his work. “I started to think that the floods were happening every year as a result of what we were doing, the illegal loggers,” he said.

Forests can mitigate flooding by absorbing and rerouting water. Eventually, Mukhtar decided he could no longer contribute their destruction. He turned to farming to support his family. Mukhtar tends to an elephant that was poisoned after a run-in with villagers. Photo: Junaidi Hanafiah

“They said they would educate the public as protectors of the forest and wildlife that live in Aceh Jaya,” Mukhtar recalled. “Without thinking long, I immediately volunteered as a form of seriousness for me.”

As part of a collaboration with the Aceh government, FFI trained locals as forest rangers. Mukhtar became a community forest protection coordinator. That involves preventing dangerous human-elephant encounters, which have become more common as the creatures’ habitats have shrunk. Sometimes he gets up in the middle of the night to help people herd elephants away from their fields.

“It’s better than if [the elephants] are killed by farmers or poachers,” he said.

Operational costs can be a problem, Mukhtar said. But does receive support from the Aceh Ranger Federation, a group of wildlife and forest conservationists who help communities protect themselves from environmental offenders – like Mukhtar once was.

At present, the federation consists of 18 groups in five regencies, with 364 members in all.