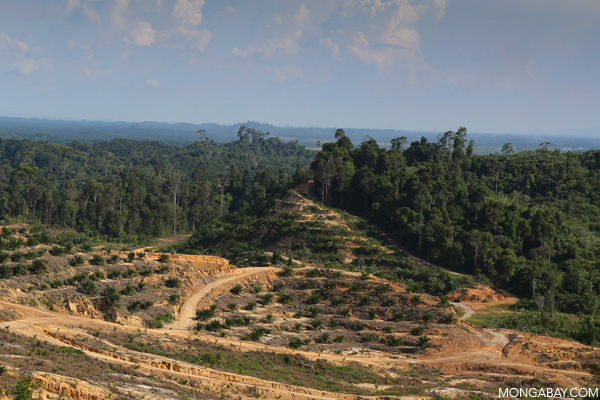 In a statement the FDA said partially hydrogenated oils, the primary ingredient in trans fats, “are not ‘generally recognized as safe’ or GRAS for use in human food.”

The move had been anticipated by the food industry. Many processed food manufacturers and fast food restaurants have dropped trans fats in recent years.

That trend has contributed to the dramatic rise in palm oil consumption in the United States, imports of which climbed 352 percent between 2002 and 2012, the most recent year for which data is available. Palm oil, which is derived from the fruit of the oil palm, is commonly used as a substitute for trans fats. 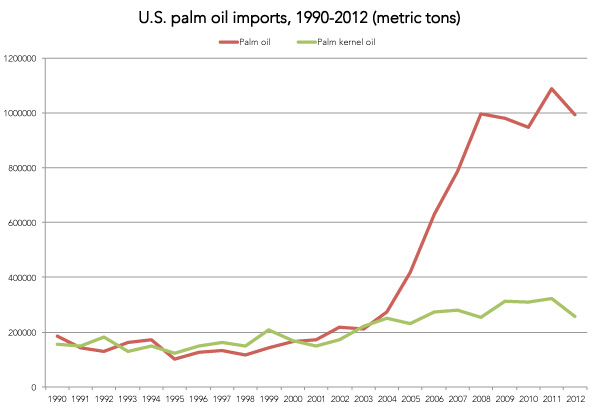 But the increase in palm oil consumption hasn’t been without controversy. More than 85 percent of the world’s palm oil is produced in Malaysia and Indonesia where vast areas of rainforests and peatlands have been cleared for oil palm plantations. When grown at the expense of these ecosystems, the crop worsens climate change, exacerbates wildlife loss, and contributes to social conflict. Accordingly, environmentalists are pushing palm oil buyers, sellers, and traders to adopt safeguards limiting new expansion to non-forest lands. In response, dozens of companies have so far established palm oil sourcing policies.

However there is still plenty of forest being cleared for palm oil, raising concerns that increased demand from the U.S. could spark increased deforestation unless companies specifically demand deforestation-free palm oil, according to Lael Goodman, an analyst at the Union of Concerned Scientists. 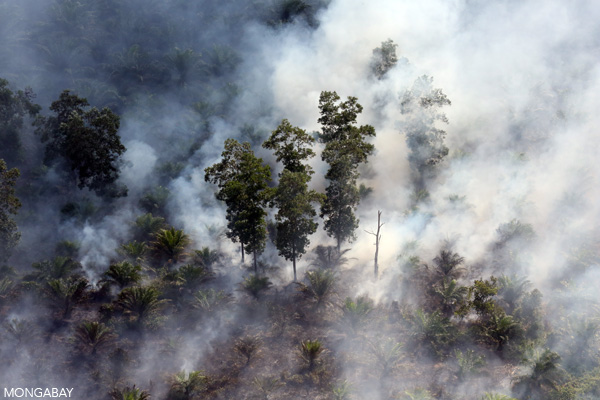 Forest being burned in Riau, Sumatra for oil palm development.

“As companies continue to use palm oil to fill the gap left by the removal of partially hydrogenated vegetable oils, an increase in demand for palm oil should in fact be an increase in demand for only deforestation-free palm oil,” Goodman wrote in a blog post. “Let’s use this new ban on trans fats in partially hydrogenated vegetable oil to not only improve the heart health of Americans, but to save tropical forests around the world.”

It may be a critical time for advocates to make a push for deforestation-free palm oil. Both Malaysia and Indonesia are gearing up to boost palm oil demand through new biofuel mandates that would require a conventional gasoline to be blended with ethanol or biodiesel. Compared to consumer-facing food companies, the state-run enterprises that dominate those sectors would be substantially less discerning about the origin of the palm oil and other feedstocks they consume.