Bunge: if you clear peatlands, we won’t buy your palm oil

Palm oil growers who plan to convert peatlands and rainforests for new plantations have been warned: one of the world’s largest agribusiness companies is not interested in your palm oil.

On Tuesday, food giant Bunge formally responded to a report that BLD Plantation Bhd, a Malaysian palm oil company, intends to clear some 14,000 hectares of peatlands in Sarawak, potentially triggering the release of 37 million tons of carbon dioxide and violating Bunge’s sustainability policy.

“In light of the recently reported plans of BLD, Bunge has suspended indefinitely any new commercial activity with Kirana and its affiliates,” Bunge told Mongabay via email. “This decision is effective immediately.” 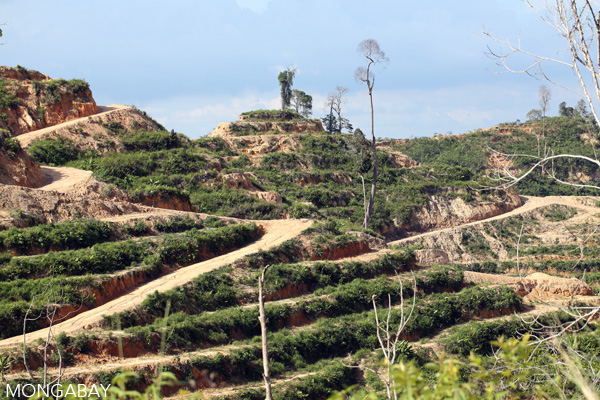 Forest cleared for an oil palm plantation on mineral soils in Sarawak.