For produce raised on some of Senegal’s most fertile cropland, the shortest route to the richest urban markets runs through another country. This geographic reality, with its multiple logistical hurdles, illustrates the food security challenges facing Senegal and the wider West African region.

The trouble with feeding people here is not so much the availability of food but its accessibility. The difficulties arise not just in agricultural production but also in inefficient food delivery systems – in harvesting, storage, processing and transport.

In their 2014 Agricultural Outlook report, the U.N. Food and Agriculture Organization (FAO) and the Organisation for Economic Co-operation and Development (OECD) warned that food waste and losses represent a major threat to global food security over the next ten years. In Africa, with the world’s highest rates of hunger and malnutrition, about a third of all food produced goes missing before it ever reaches the consumer’s table.

“The food losses occurring in Africa are due to limitations in the various technological and logistical factors in the food chain,” said Stephanie Gallatova, who cited the continent’s bad roads, insanitary conditions and poor food stock management as major problems.

Gallatova is an agro-industries officer with the FAO Regional Office for Africa, which conducts anti-food loss projects in more than a dozen West African countries. “We are looking at the whole value chain and seeing what investments can be made to reduce losses in a sustainable manner.”

From farm to fork

Food losses begin on the farm. In Africa, 80 percent of food is produced by smallholder farmers who produce just enough to feed their families and, if they’re lucky, to earn a modest income. For many, the latest harvesting technologies are out of reach. Yet picking by hand is a slow and laborious process that results in increased crop damage compared to machine-assisted harvesting. Manhandled produce injured during harvest is much more susceptible to infection and rot on the road to market.

The clock starts ticking the moment produce is picked. The object of that race: get your product to the consumer before it starts to decay. And of course, the shorter the shelf life of a particular type of produce, the more urgently that clock ticks.

Take the cassava, for example. Introduced to Africa by Portuguese traders traveling from Brazil, it now serves as the principal source of calories and the foundation of many West African diets. The starchy root is a year-round crop. This, combined with its resistance to drought, makes it an attractive option for poor subsistence farmers.

But cassava has its drawbacks. Once pulled from the ground, the root has a shelf life of just three days. Within 24 hours, blue and brown splotches appear, signaling the start of physiological deterioration. In another day or two, a variety of fungi and bacteria attack, causing the onset of wet and dry rot. 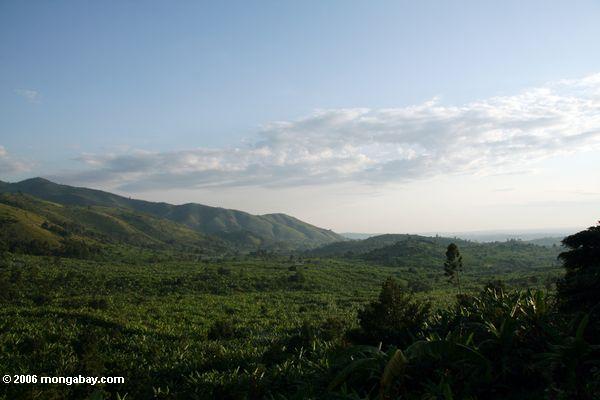 Special treatment and handling before, during and after harvest can minimize damage to the roots and slow the process of deterioration. Proper storage is critical to keep cassava fresh for up to one month, while chemical treatments, waxing, refrigeration and deep freezing can extend shelf life even further. But these methods can be prohibitively costly or require reliable electricity – rare in rural West Africa.

This means that a cassava farmer’s productivity is limited, not just by how much land he has, or how much he can grow, but also by storage capacity and quality. Without efficient storage facilities, there is no logic in producing more than what can be taken to market within a few days.

From the Kumasi Institute of Tropical Agriculture in Ghana to Purdue University in Indiana, researchers are developing innovative storage solutions well suited to the West African context.

While correct storage of a carefully harvested cassava can keep it fresh for several weeks, proper and prompt processing close to the farm can extend shelf life for several months or longer. Cassava can, for example, be dried and milled into flour or cut and fried to make something like potato chips. The tuber can also be transformed into breads, crackers, pastas, tapioca and other products.

Processing cassava adds value and makes it more attractive to buyers, particularly in urban markets where consumers place a premium on convenience. The prospects for transforming fresh cassava into handy and storable foods are, however, limited by the amount of labor available to process the crop before it starts to deteriorate. Processing involves numerous steps, from peeling to drying, pressing, grinding, toasting and frying. Traditionally all of this is done by hand.

Mechanized graters, pressers and mills can reduce the time and labor needed to process cassava and other staple foods. This technology has the potential to increase farmer revenues, helping small-scale producers move from subsistence to profit, provided they can afford the cost of acquiring the machines.

Many varieties of fruits and vegetables are grown in West Africa. Most suffer from high levels of post-harvest loss. With the exception of tomato paste and some fruit juices, very little produce is processed before marketing. The high cost of West African processing often makes the price of these products uncompetitive with canned and frozen fruits and vegetables imported from industrialized countries, where production costs are lower in part because of government subsidies.

After years of rolling back agricultural subsidies and other supports on the advice of international economists, West African governments are now stepping back into the arena, looking for ways to help farmers and cut waste.

Smoothing the bumps in the road

Better processing doesn’t provide all the answers. Not all food can be bottled, canned or dried, nor should it be. Fresh produce is an essential part of a healthy diet, so food security cannot be attained without addressing inadequacies in transportation infrastructure, which takes us back to Senegal.

This small developing country sits at the westernmost bulge of the continent, on the southern edge of the Sahara Desert. Its major population centers – including Dakar, its capital, and Saint Louis, the former colonial capital – are located in the arid Sahel region to the north. The Casamance region, in the nation’s south, is more tropical and boasts an abundance of natural resources, including some of the country’s most potentially productive agricultural land.

In between these two regions lies a sliver of land that makes up the sovereign nation of The Gambia; it reaches eastward from the Atlantic Ocean and nearly bisects Senegal. Farmers in western Casamance wishing to send their products to the cities in northern Senegal have a choice: either ship through The Gambia – requiring two border crossings and a ferry passage over the Gambia River – or route the goods far to the east overland around The Gambia, adding hundreds of miles to the journey.

The Gambia is a friendly country, for the most part. Like Senegal, it is a member of the Economic Community of West African States (ECOWAS), a regional bloc of 15 countries that aims for European Union-style economic integration.

On paper, goods from one ECOWAS country can enter any other member nation without duties or undue administrative hurdles. In reality, crossing national borders exposes shippers to a host of risks including lengthy delays, inspections, fees and harassment.

The result: for many Casamance producers, the shortest distance to Dakar is not a straight line. They opt for the more circuitous route, skirting The Gambia. This adds many hours to the trip to market, cutting into the shelf life of their perishable cargo.

The problem isn’t unique to Casamance. All over West Africa, farmers whose lands lie near national boundaries stand to benefit from smoother border crossings that allow easy access to markets just beyond the frontier.

Even without the added burden of navigating international borders, shipping produce by land is fraught with difficulties. Shippers confront roadblocks, checkpoints and demands for payments – all with varying degrees of legitimacy. The poor roads put a further drag on timetables and cause extra wear and tear to transport vehicles.

“Transport costs in West Africa are among the highest in the world,” according to the Borderless Alliance, a private-sector coalition that works to promote greater intra-regional trade by reducing non-tariff barriers. “The high costs mean that farmers and other producers get lower prices for their goods.”

This lost revenue keeps farmers poor, depriving them of critical resources to invest in harvesting and processing machines, storage solutions and better transport.

West Africa, contrary to popular perceptions, has made significant agricultural progress over the past three decades. Production has grown 3.8 percent per year on average, surpassing Brazil’s performance (2.4 percent growth) and China’s (1.7 percent), according to the OECD Sahel and West Africa Club, which predicts continued production growth in West Africa.

But as we’ve seen, supply is only part of the equation, and higher production doesn’t necessarily translate into fewer hungry people. A key to ensuring food security is getting produce to the consumer while it’s still fit to be eaten.

“It not only causes a problem for food security but also for the environment,” said FAO’s Gallatova. “Much more land is being put into production and there are a lot of resources being spent, and nobody is actually consuming this food that is being produced.”

In wealthy nations, waste mostly occurs once food reaches the retailer and the consumer, who often toss out perfectly edible foods for spurious reasons such as appearance. In poor countries, people rarely throw away good food. But much good food turns bad during the lengthy, circuitous journey from farm to table.

The problem will get worse if current demographic trends play out. As more and more West Africans move from village to city, food distribution routes become longer and more complex. Correcting inefficiencies and ending waste in the supply chain holds the best potential for increasing the amount of food available to feed a growing population.

To read more about West Africa’s food system challenges and its innovative solutions to food waste, look for two more installments in this series from Margaret Egbula at Mongabay.com in coming weeks.