Uganda’s elephant population has risen 600% since its 1980s low

In the 1980s, Uganda’s elephants looked like they were on their way to extinction. The country had only about 700-800 elephants left, all in a single park; poachers had exterminated the rest. But a new survey as a part of the Great Elephant Census has confirmed that Uganda is today a bright spot in the current ivory poaching crisis. The country has more than 5,000 elephants and growing.

“It is very encouraging to see elephant numbers increasing in Uganda as a result of effective protection in several parks, despite the rampant poaching and ivory trafficking across much of Africa,” said Paul Elkan, a Senior Conservationist with the Wildlife Conservation Society (WCS), which conducted Uganda’s survey along with the Uganda Wildlife Authority (UWA). 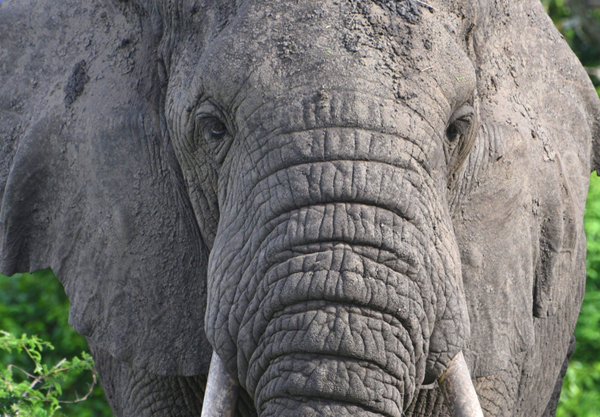 The Great Elephant Census, funded by in part by Paul G. Allen the co-founder of Microsoft, is a 18-nation effort to put hard numbers to Africa’s savanna elephant (Loxodonta africana) population. The census is already finding starkly different stories of animal abundance. For example, while elephants are thriving in Queen Elizabeth just over the border in the Democratic Republic of the Congo they have been hammered.

“The results of an aerial survey of the adjacent Virunga Park with ICCN, conducted at the same time, estimated fewer than 50 elephants left in that park because of the high levels of poaching there and they have migrated to Uganda for security,” said Andrew Plumptre, the director for the Albertine Rift Program of WCS, who added that “some 3,000 elephants were estimated to occur in Virunga in the early 1960s.”

Yesterday, the WCS and the government of Mozambique announced the East African country had lost 10,000 elephants in just five years. In all, conservationists estimate that poachers have killed between 20,000 and 30,000 elephants every year since the crisis kicked off in 2007 and 2008.

Still, strongholds for savannah elephants remain. The Great Elephant Census estimated 129,000 elephants for northern Botswana, the largest population on the continent. Even more importantly, the survey found zero signs of poaching in this region.