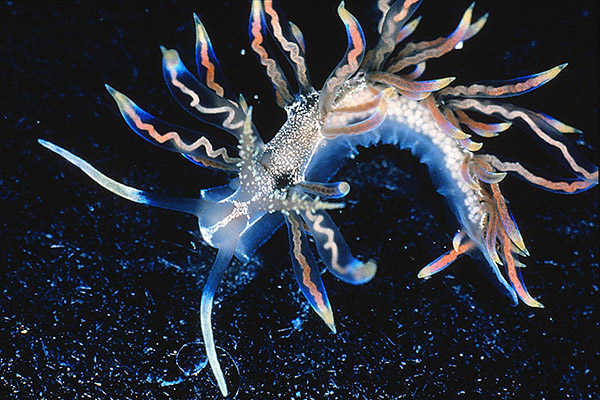 A group of taxonomists has released their annual list of the top 10 ‘new’ species.

The International Institute for Species Exploration (IISE), based at the State University of New York College of Environmental Science and Forestry, published its list on May 23 to coincide with the birthday of Carolus Linnaeus, the scientist that pioneered modern taxonomy. The selections were made by an international panel of taxonomists who chose ten creatures among the roughly 18,000 that were described scientifically for the first time in 2014.

The list includes a range of species, from an extinct dinosaur to present-day flora and fauna.

Anzu wyliei is a feathered dinosaur that has been dubbed the “chicken from Hell” since three well-preserved skeletons were discovered in the Hell Creek Formation of North and South Dakota. Like a giant chicken — the species reached 10 feet (3.5m) in length and 5 feet (1.5m) in height, while weighing up to 600 pounds (270 kg) — Anzu wyliei built nests and sat on the eggs until they hatched. 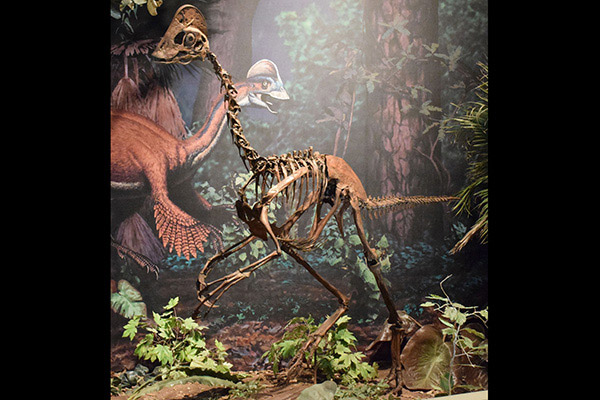 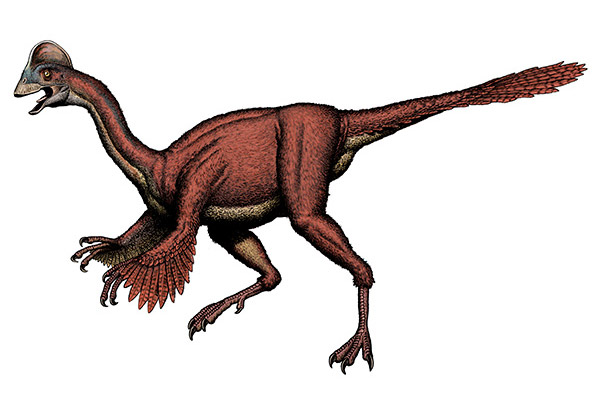 Balanophora coralliformis is a parasitic plant from Luzon island in the Philippines that superficially resembles coral. The species is believed to be quite rare, inhabiting mossy forest at an elevation of 1,465 and 1,735 m on Mt. Mingan. Given its apparent rarity and limited range, the species is considered critically endangered. 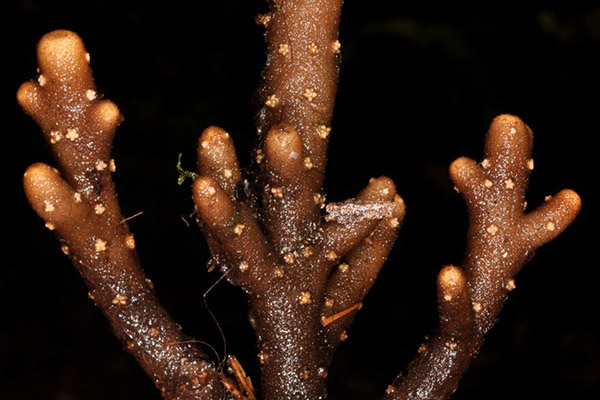 Cebrennus rechenbergi is nicknamed the Cartwheeling Spider for its unusual response to threats: cartwheeling. “When danger comes calling, the spider first assumes a threatening posture,” says IISE. “If the danger persists, the spider runs and, about half the time that running turns into cartwheeling which is twice as fast. Terrain is not a challenge: the spider can spin across flat ground as well as up and down hills.” While the spider was only described scientifically in 2014, it has already inspired the design of a robot that can walk or roll. 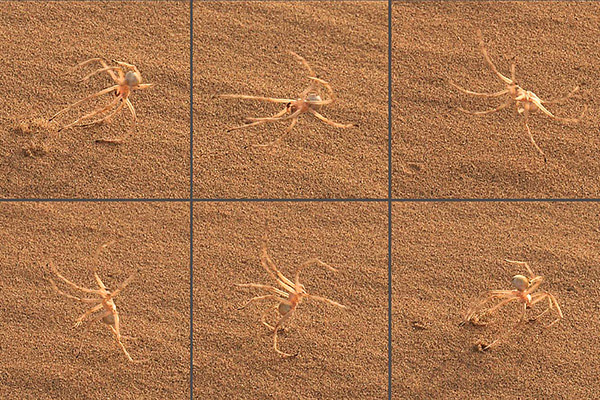 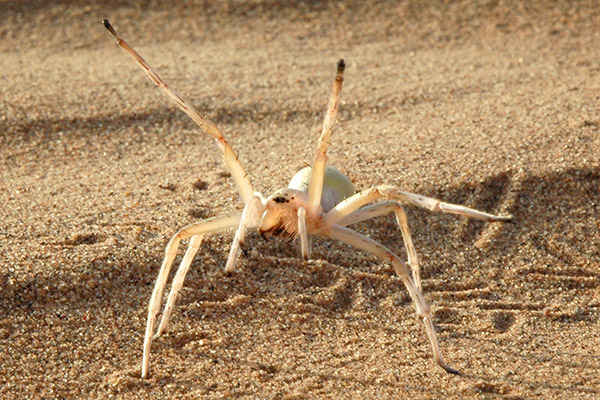 The X-Phyla (Dendrogramma enigmatica) is a tiny (8 mm tall) multicellular animal that resembles a mushroom, “with a mouth at the end of the ‘stem’ and the other end in the form of a flattened disc,” according to IISE. It appears to be related to Cnidaria (jellyfish, corals, sea anemones and hydras) or Ctenophora (comb jellies), although it may be sufficiently distinct to warrant its own phylum. It lives on the sea floor, at a depth of about 3,200 feet (1,000 meters), off Australia’s Point Hicks, Victoria. 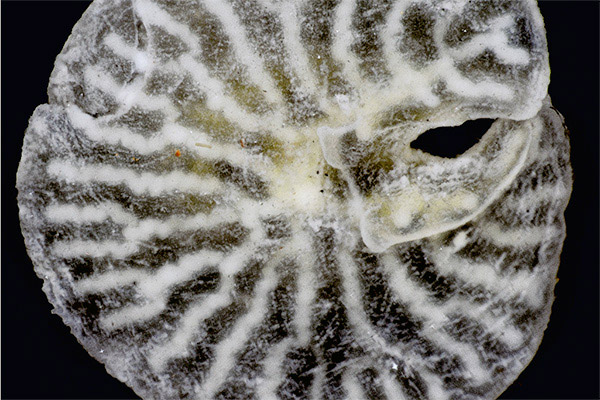 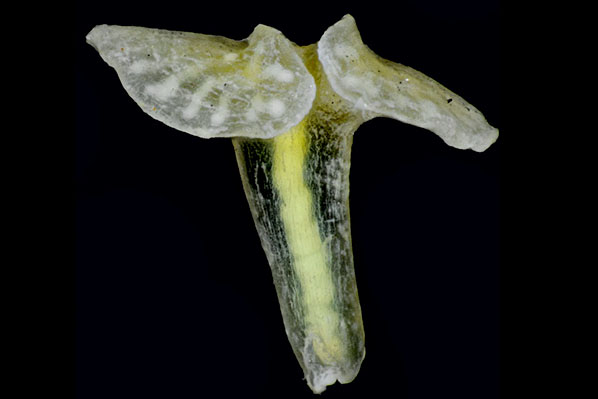 The Bone-house Wasp (Deuteragenia ossarium) made IISE’s list for its unusual approach to nest construction. IISE explains: “The wasp constructs nests in hollow stems with several cells, each separated by soil walls. The wasp kills and deposits one spider in each cell to provide nourishment for her developing young. Once her egg is laid, she seals off the cell and hunts a spider for the next cell. Rather than provisioning the final or vestibule cell with a spider, she fills it with as many as 13 bodies of dead ants, thus creating a chemical barrier to the nest.” The chemical barrier serves as camouflage to protect the nest from wasp larvae predators. 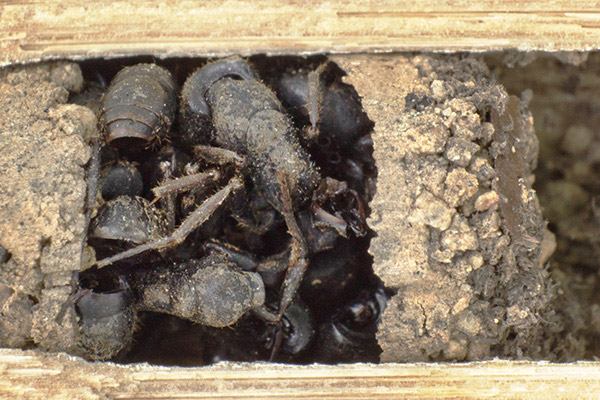 Close-Up Photograph of the Nest Seal, Which Is Filled With Dead Ants. Photograph: Merten Ehmig 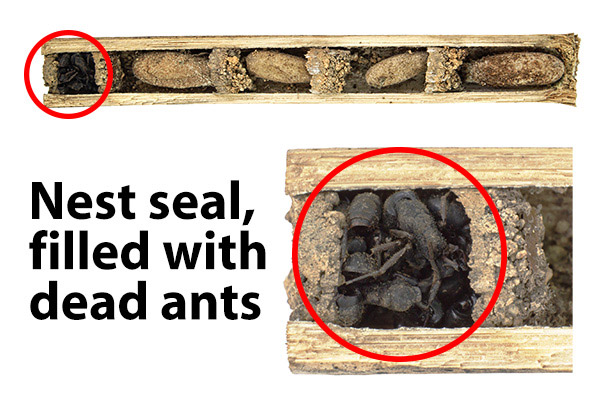 Overview of a Deuteragenia ossarium Nest Showing the Unique Nest-Protection Strategy, and, Close-Up Photograph of the Nest Seal, Which Is Filled With Dead Ants. Photograph: Merten Ehmig 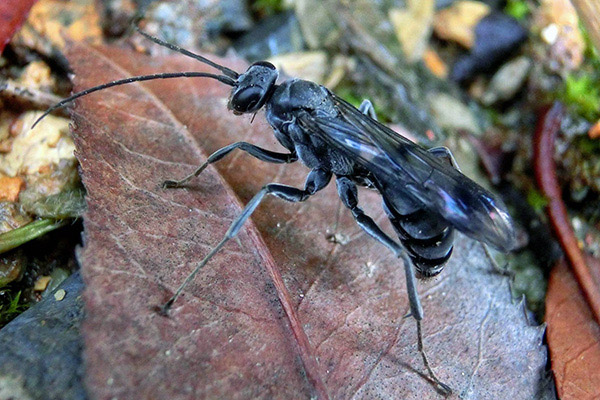 A Female of Deuteragenia ossarium in Its Natural Ecosystem in South East China. Photograph: Michael Staab

Limnonectes larvaepartus is a ‘fanged’ frog from Gorontalo, Sulawesi in Indonesia. The species is notable in that it births tadpoles rather than laying eggs. 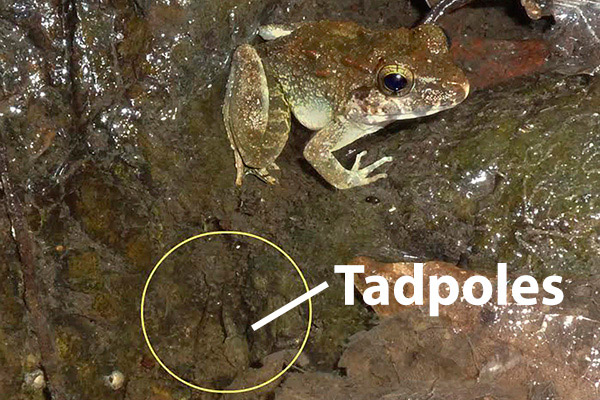 Calling Male Limonecetes larvaepartus Photographed on a Small Pool Adjacent to a Rocky Stream on the Island of Sulawesi; Note the Tadpoles of the Same Species Adjacent to the Male. Photograph: Jimmy A. Mcguire 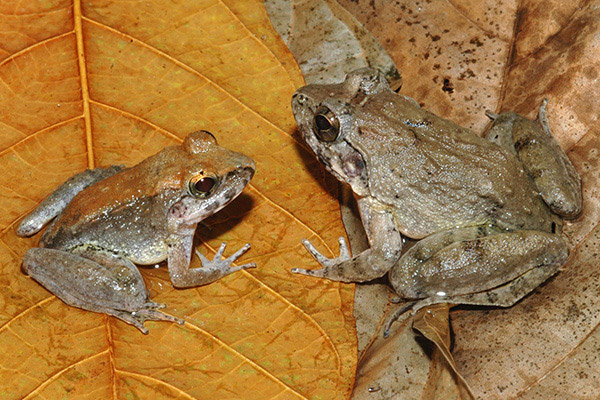 Phryganistria tamdaoensis is a walking stick commonly found in the Vietnamese town of Tam Dao. Measuring up to 30 cm, it is named after Tam Dao National Park. 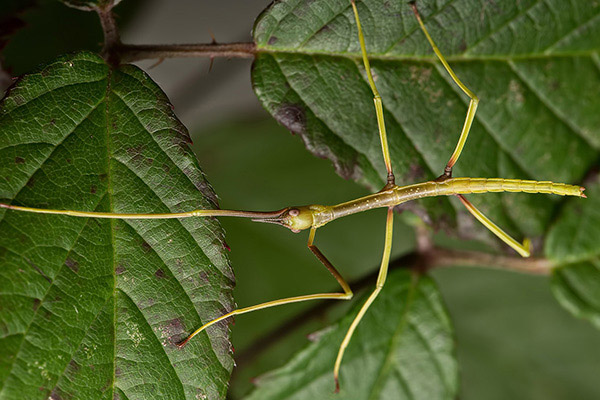 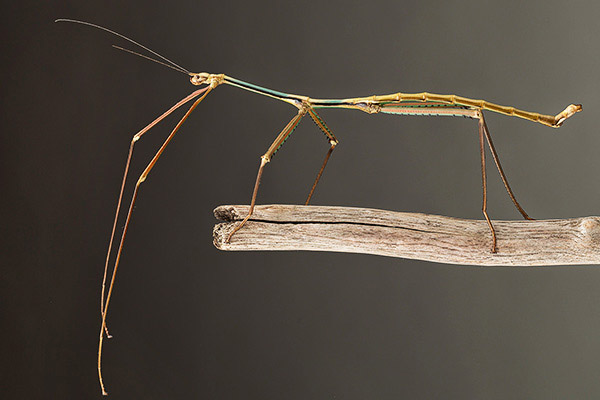 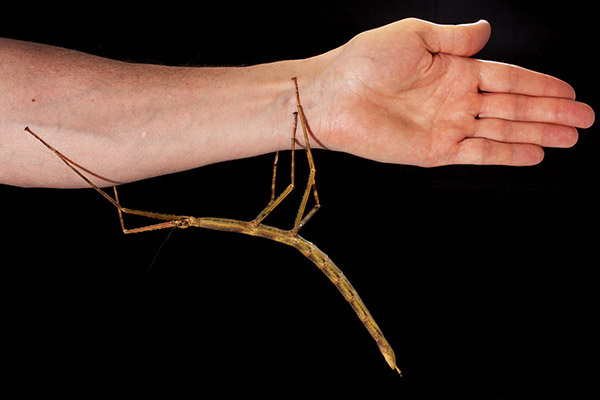 Phyllodesmium acanthorhinum is a tiny sea slug (17-28 mm long) that lives off the Ryukyu Islands in Japan. According to IISE, the species is “a ‘missing link’ between sea slugs that feed on hydroids and those specializing on corals.” 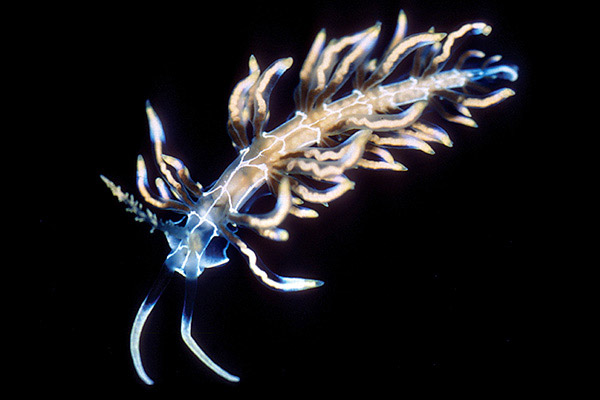 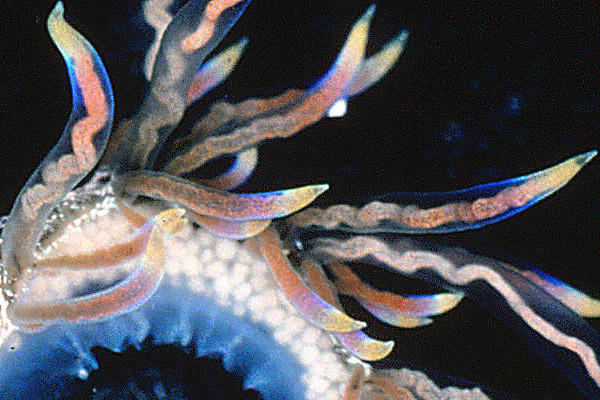 At Christmas in Mexico’s Sierra de Tepoztlán, Tlayacapan, San José de los Laureles, and Tepoztlán, Tillandsia religiosa is commonly used for altar scenes or “nacimientos” depicting the birth of Christ. While the species has been known to local communities for generations, it wasn’t formally described by scientists until last year. The bromeliad inhabits cliffs in a range of habitats at an elevation of 1,800 to 2,100 meters. 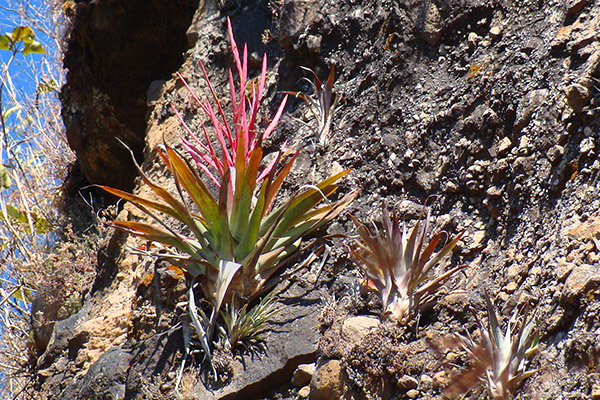 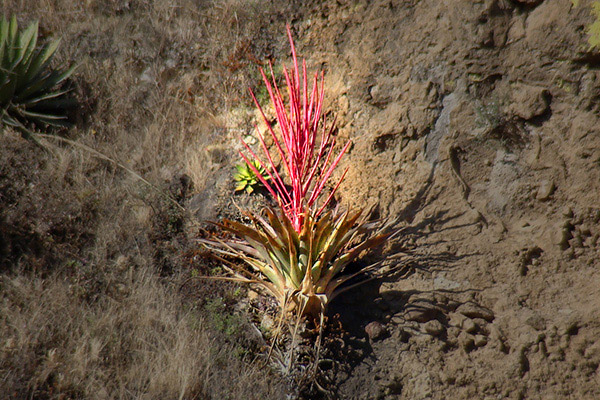 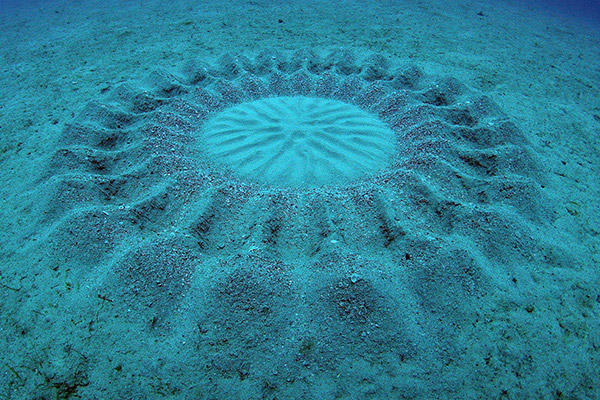 A Spawning Nest (Mystery Circle) of Torquigener albomaculosus Found at 26M Depth on a Sandy Bottom Along the South Coast of Amami-Oshima Island in the Ryukyu Islands. Photograph: Yoji Okata 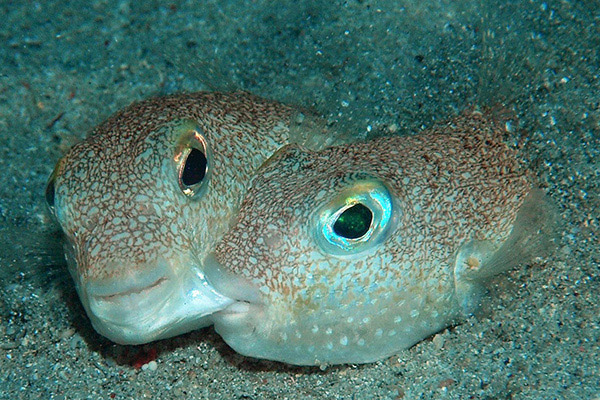 A Male (Right) Biting on the Left Cheek of a Female (Left) While They Were Spawning. Photograph: Yoji Okata 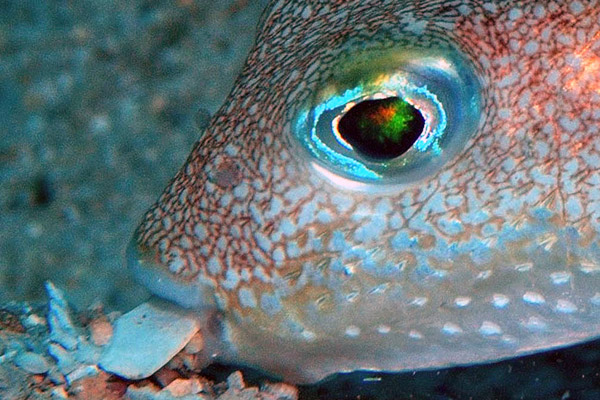 Torquigener albomaculosus Placing a Piece of Shell on a Ridge of a Spawning Nest.Photograph: Yoji Okata