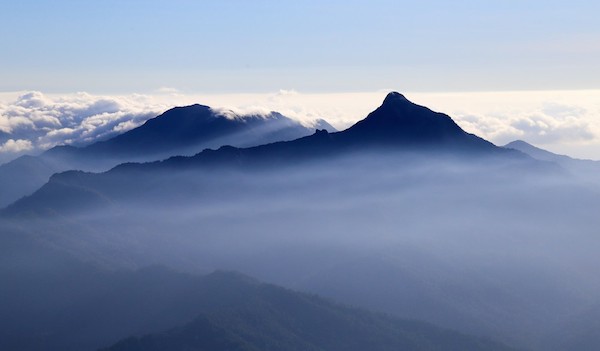 Palawan, an island-province of the Philippines near Borneo, is home to many species of plants and animals found nowhere else in the world. Considered the Philippines’ “last biodiversity frontier” by many researchers and conservation groups, Palawan still holds about 45 percent of its original forest cover, much of which is old growth. Currently, a group of more than 30 researchers is surveying the the forests of Cleopatra’s Needle, one of Palawan’s highest mountains. While their expedition is not yet over, the researchers have already found many endemic animals, and hope to use their findings to confer more protection to the Cleopatra’s Needle mountain range.

The survey was a collaborative effort between the Centre for Sustainability (a non-profit organization based in Puerto Princesa City), the Palawan Council for Sustainable Development (PCSD), Survival Alliance, and the Rainforest Trust. Global Wildlife Conservation and Deutsche Gesellschaft für Internationale Zusammenarbeit (GIZ) funded the expedition, which will continue until August, 2015.

With their findings, the team members propose to officially declare Cleopatra’s Needle Forest Reserve a Critical Habitat. To be defined as a Critical Habitat, an area must fulfill two requirements: it supports high biodiversity, and the animals and plants that live in it must be threatened.

Cleopatra’s Needle harbors some of the largest remaining tracts of intact forests in the Philippines, Jonah van Beijnen, vice president for the Centre for Sustainability, told mongabay.com.

“There are no roads crossing it. Once you cut roads through the forests, the biodiversity decreases automatically,” he added. 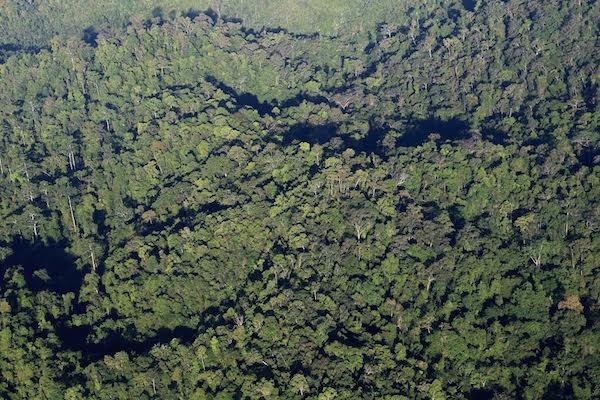 Many species that live in the forests of Cleopatra’s Needle cannot be found anywhere else outside of Palawan. They include the Palawan toadlet (Pelophryne albotaeniata), Malatgan River caecilian (Ichthyophis weberi), Palawan tree shrew (Tupaia palawanensis), Palawan pencil-tailed tree mouse (Chiropodomys calamianensis), Palawan bearded pig (Sus ahoenobarbus), and Palawan hornbill (Anthracoceros marche), among many others. They also saw previously unknown species of dragonflies, and undescribed species of crustaceans and aquatic insects.

They recorded a high number of endemic and threatened species, such as Neurobasis daviesi, a rare species of damselfly. Their observation marked the first time N. daviesi had been officially documented since the 1990s.

The team also encountered the Malatgan River Caecilian (Ichthyophis weberi), a wormlike, subterranean amphibian that had not been recorded since the 1961 despite several previous attempts to find it.

“Caecilians are very secretive animals… But for those of us who care about the status of secretive amphibians in the country, and spend a lot of time worrying about rare species that have not been recorded in many years, this was a great discovery,” said Dr. Rafe Brown, a herpetologist from the University of Kansas who was a part of the expedition.

The survey also revealed that some species that are considered rare or highly threatened, such as the Pawalan flat-headed frog (Barbourula busuangensis), may be more common than previously thought.

“Some of these ‘rare’ or suspected ‘endangered’ species have now turned out to be commonly encountered and locally abundant—now that we know how and where to find them,” Brown said. 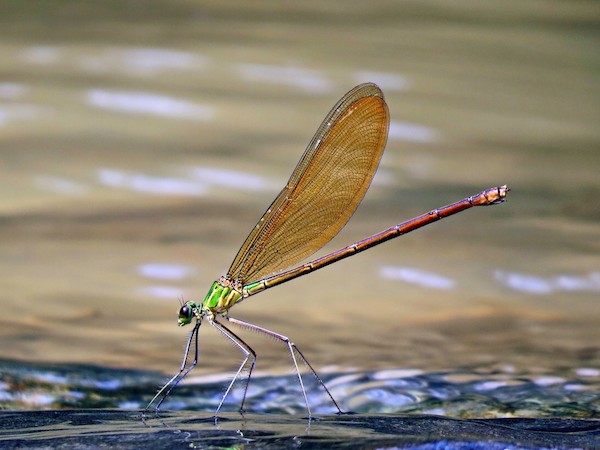 Neurobasis daviesi, a rare endemic damselfly that had not been recorded since the 1990s. Photo courtesy of Erickson Tabayag. 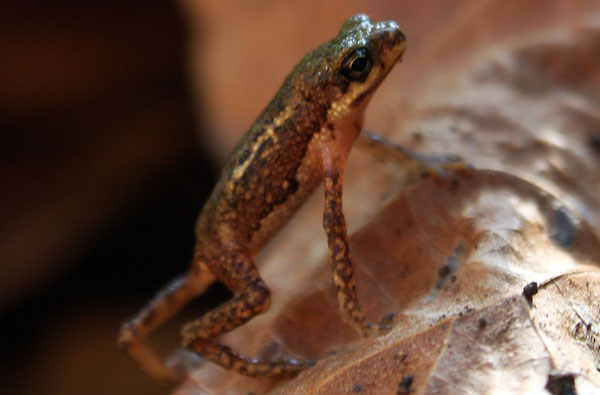 The survey team rediscovered the Palawan toadlet (Pelophryne albotaeniata), which had been seen just once in 40 years. It is currently listed as Endangered by the IUCN. Photo courtesy of the Centre for Sustainability. 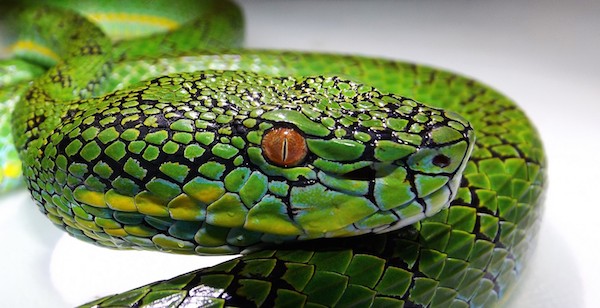 A Schultz pit viper (Trimeresurus schultzei). Photo courtesy of the Centre for Sustainability. 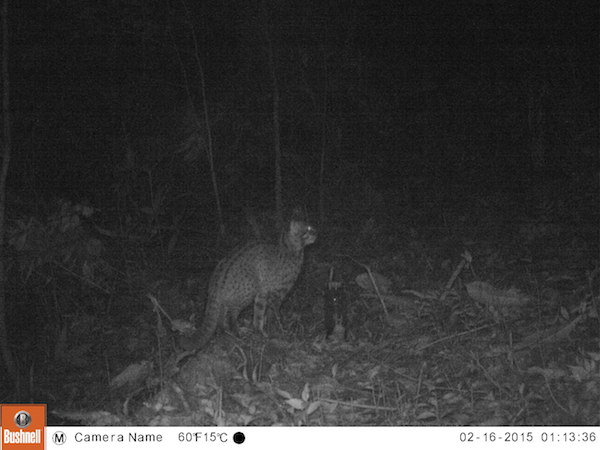 Camera traps captured evidence of many mammals, including this Palawan leopard cat (Prionailurus bengalensis heaneyi). Photo courtesy of the Centre for Sustainability. 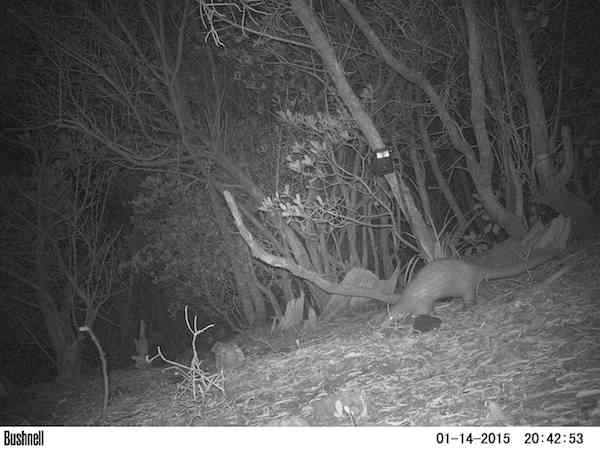 An Endangered Palawan pangolin (Manis culionensis). Photo courtesy of the Centre for Sustainability. 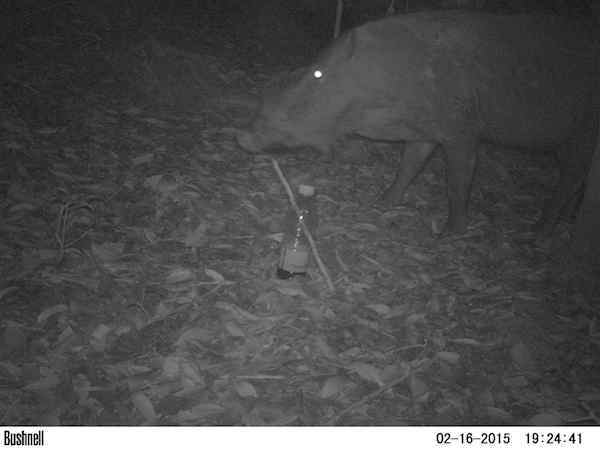 According to a press release by the Centre for Sustainability, this survey marks the first time bird experts found all Palawan’s endemic bird species in one location. The team, led by German conservationist Peter Widmann in collaboration with Rommel Cruz, asserts this find further strengthens the need for preservation of the forests surrounding Cleopatra’s Needle.

The report also concluded that protecting and preserving Cleopatra’s Needle also means preserving the ancestral lands of the Tagbanua and Batak indigenous communities that live in, depend on, and manage its forests.

Palawan is facing increasing development pressure from the palm oil industry and population growth. The forests around Cleopatra’s Needle, while among the least disturbed in the Philippines, are also threatened by human activities.

“There are a variety of factors that threaten the area: development, deforestation, mining, and the steady encroachment of agriculture and slash-and-burn farming along the slopes of the mountain range,” Brown said.

Van Beijnen, who has lived in Puerto Princesa for eight years said that the main problem the northern region faces is rapid urban development fuelled in large part by promotion of the city as a tourism destination, while the south is affected by large-scale commercial agriculture and mining.

“Prices of land are getting higher,” he said. “People want to build rest houses, resorts in the Philippines’ last frontier.”

While there have been reports of plans to develop areas of Palawan for palm oil production, he said he has not seen evidence of forests being converted to plantations in and around the survey area. He attributes this to location; most palm oil activity is concentrated in the south part of the island and Cleopatra’s Needle is in the north.

A century ago, according to Van Beijnen, 95 percent of the Philippines was covered with forests. Now, he says forests cover only 3 percent of lowland areas and 20 percent of the uplands. According to Global Forest Watch, nearly 4 percent of the nation’s remaining tree cover was lost to either deforestation or plantation harvesting from 2001 through 2013.

Despite comparatively escaping the Philippines’ historical deforestation and being almost entirely designated a protected “game refuge,” Palawan has fared slightly worse than its parent country in recent times. Global Forest Watch data shows the island lost more than 6 percent of its tree cover from 2001 through 2012. Palawan lost a further 3,400 hectares of tree cover in 2013. 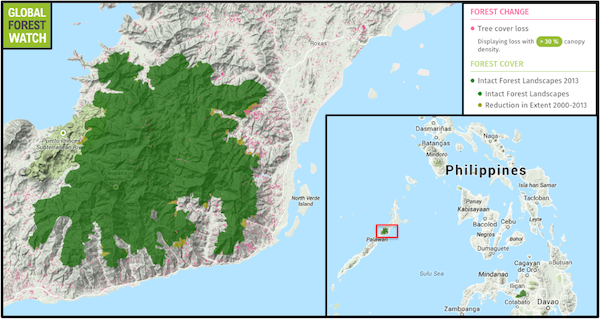 According to Global Forest Watch, the forests around Cleopatra’s Needle lost 3 percent of their tree cover from 2001 through 2013. The region supports one of the Philippines’ few remaining intact forest landscapes — areas of undisturbed forest large enough to retain their original levels of biodiversity — but its edges have been whittled away by degradation since 2000. Click to enlarge.

“A comprehensive system of environmental protection laws already exist in the Philippines – this is already a great start,” he said. “Now, the task at hand, and this is urgent and critical, is that these laws trickle down to the grassroots, that real, effective protection and enforcement happens on the ground while respecting tribal rights. This is and should be the priority for local and national government bodies, both in implementing the systems and mechanisms so that environmental protection is a reality, but also in supporting other non-state actors to aid these efforts. Let’s make this happen at Cleopatra’s Needle!”