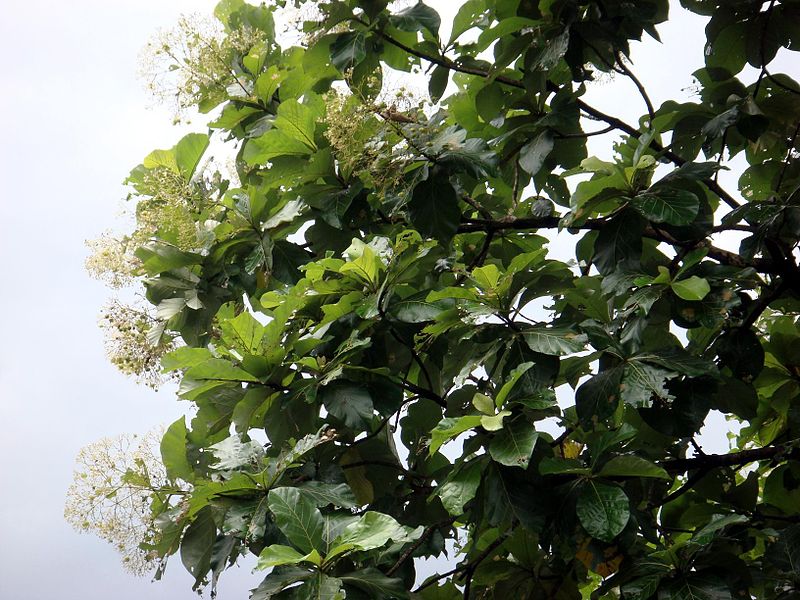 A teak tree in flower. Photo by: Challiyan.

Teak (Tectona grandis) is one of the most valued tropical hardwoods for its beauty, durability, and versatility. Teak trees naturally occur in the Indo-Pacific region, where a long history of exploitation, along with deforestation, has led to declines in the species. A recent study published in mongabay.com’s open-access journal, Tropical Conservation Science, analyzes the genetic makeup of teak in Myanmar, its largest stronghold, and uses the results to offer advice about how Myanmar teak should be conserved.

Teak grows naturally in India, Myanmar, Thailand, and Laos, of which Myanmar is the only country that has not banned harvesting of the species from natural forests. Myanmar has the largest area of natural teak forest, which represents approximately 60 percent of the world’s remaining total. In 1700 the first small-scale teak planting program was carried out in Myanmar to augment overharvested natural forests. Extensive teak planting programs were later implemented by the country’s forestry department beginning in 1997 and by a private company in 2007. Even so, the country’s teak forests have dwindled in the last two decades, largely as a result of overharvesting.

Teak seeds are heavy and round, so they don’t disperse far from the parent tree. Studies have suggested that restoration planting projects that rely on non-local seeds may pose the risks of poor adaptation and harm to the existing populations through gene pollution. A team of researchers in Japan write in the new study that to develop sound conservation and restoration strategies, scientists and conservationists need to understand the natural geographic and genetic variation in teak. Genetic analyses of teak have been conducted in India, Thailand, and Laos, but have been lacking in Myanmar, a gap that the researchers set out to fill in order to inform conservation efforts there. 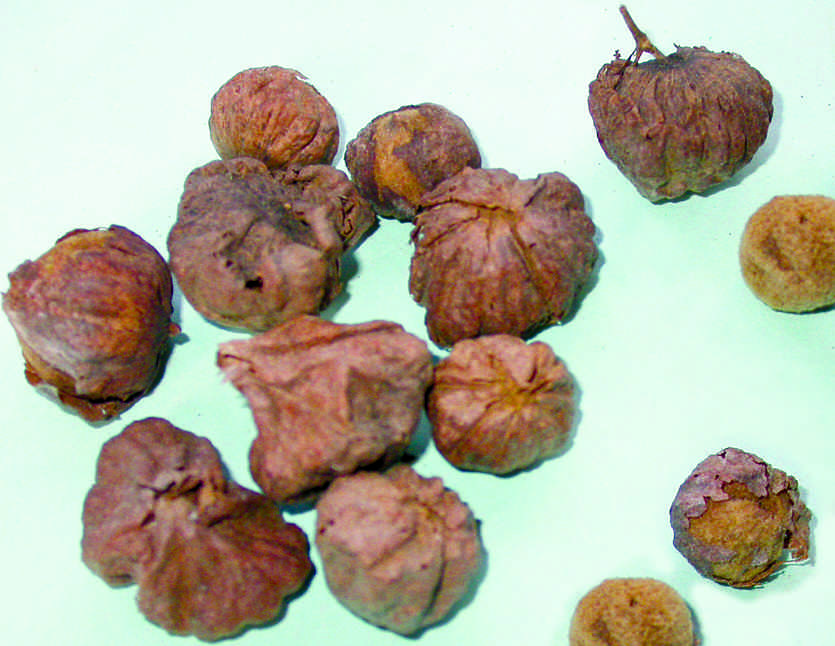 Heavy and round, teak fruits do not disperse far from the parent tree. Photo credit: Keystone Foundation, Flora of the Nilgiris.

The researchers collected leaves from 480 teak trees in 20 populations throughout Myanmar’s five physiographic regions (the northern mountains, western ranges, eastern plateau, central basin, and lowlands). They then analyzed and compared specific regions of DNA isolated from each teak leaf sample.

The researchers identified four genetically distinct groups of populations that corresponded to the geographic regions. They explain that geographical isolation and environmental factors profoundly influenced the species’ genetic variation. "For instance, the southern populations were separated from the other groups by rivers and high mountain ranges," they write. "Those geographic features might have acted as genetic barriers."

Based on their findings, the researchers recommend that the highest priority should be given to conserving four of the 20 natural teak populations because of their high levels of genetic diversity and divergence from other populations. They also recommend that most of the southern populations, which have a rare genetic variation, should be considered for additional protection by planting individuals in protected locations away from their natural forest habitat.

The researchers conclude that the four genetic and geographic groups they identified could be used to establish seed and planting zones appropriate for the conservation of Myanmar teak.