In this commentary, David Dellatore, Program Manager at the Sumatran Orangutan Society, questions the value of the Malaysian Palm Oil Council’s essay-writing contest which will pay contributors to conclude that palm oil is not a driver of deforestation. Dellatore argues that a solutions-oriented approach is a better use of time and resources. The views expressed are his own.

Forest conversion for oil palm development on steep grades in Malaysia in 2012. Photos by Rhett A. Butler.

Real science begins with an idea, a hypothesis to test, only which after careful, meticulous research, one works to determine either the validity or rejection of it. Thereafter, in perhaps the most important aspect, the work is submitted for peer review to the scientific community, where it is tested, and at times brutalized, to help ensure that the methods and results are sound. The end result then is not validation of one’s findings as immutable fact, but instead the ability to state that the idea has been tested and current data reflects what it does – be it in support of or completely refuting the original hypothesis. This is how science works, and this is why society has come to trust it to provide reliable information about the world.

Pseudo-science begins with an idea that one believes in simply because they want it to be true. There is no actual research involved in the entire process, since from the outset the result has already been determined, with anything encountered along the way that refutes the desired result being discarded. The most dangerous aspect of those dealing in pseudo-science is in the fact that by the nature of their business, they have an agenda that they are looking to push onto others. The end goal or result for pseudo-science is in inserting biased, untested, and unsupported information into the same sphere of influence as actual science, so as to create confusion and controversy, and benefit the parties running the agenda. This is a great shame, because rather than contributing to society and bettering our understanding of the world, these actors are not only giving nothing, but are actively working to hamper efforts to do so, all for their own personal gain.

So, if you wish to contribute to the field of pseudo-science, and write in a scientific fashion, without bothering to engage in any actual research or read any of the multitude of peer-reviewed articles that clearly show there to be link between clearing land for plantation expansion and deforestation (honestly, how could there not be?), the Malaysian Palm Oil Council (MPOC) has a great opportunity for you. To do so you will be engaged in a disservice to society and all those that have given to the pursuit of hard-earned knowledge so as to better our shared world, but you could earn up to $7,000 for parroting one of the MPOC approved, predetermined results! 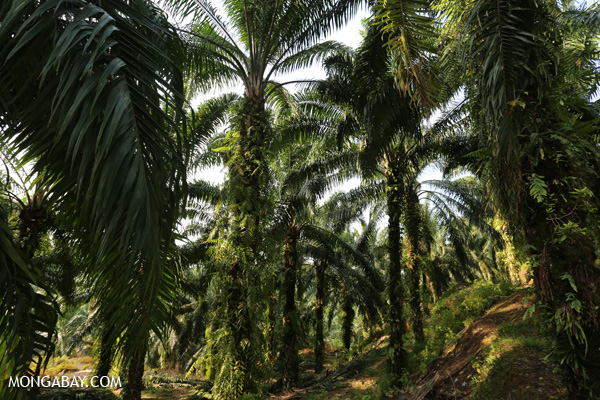 The MPOC recently announced it was extending the deadline for its contest due to “popular and overwhelming interest from potential contributors”. The MPOC is offering $30,000 in prize money for stories that “address” the topics: “Oil palm is not the driver of deforestation” and “Fats including palm oil consumption are no longer associated with coronary heart disease”.

The alternative here of course is for the MPOC and yourself to acknowledge that the problem isn’t palm oil itself, but the unsustainable management and developments of it. If this were not the case, then the science would already exist to naturally and objectively reflect this, and there would be no need for a relatively expensive essay prize competition to try and proclaim it so. Thus the best solution is to work together with relevant stakeholders to improve practices and seek solutions in the industry that benefit the economy as well as the environment. These would be most welcome and worthy pursuits, we and many others have after all been trying for years to engage with the palm oil industry and have them do just this.

It is a sad realization to see that nothing has changed since then, yet we are still not without hope. As realistically, all it would take to initiate change is for those in the industry to finally just acknowledge what all of the actual science has told us until now, and start to work together with us and other stakeholders to improve practices. This would be such a more productive use of time, energy, and resources than this solicitation of wasteful propaganda, and it could be started today, if only they had the will to do so… or not, and the essay competition will proceed and the winners rewarded a total of $30,000 for pseudo-science, the apparent cost of their integrity, with the end result being either no progress made towards fixing the issues of the problematic palm oil developments in the world, or worse, negative progress being made towards making the problems worse through the spread of misinformation masquerading as proper knowledge deduced by science.

Here’s to hoping for hope.