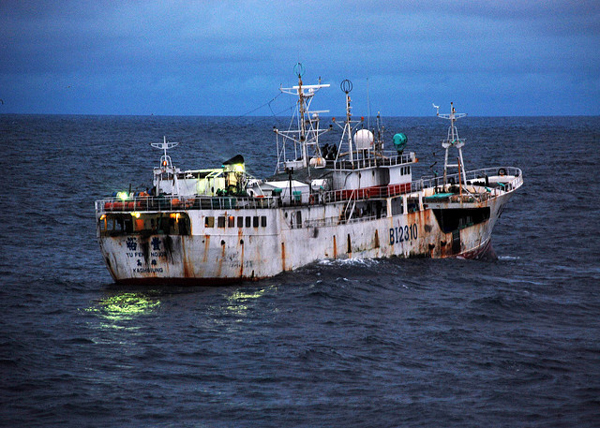 The International Tribunal for the Law of the Sea ruled in April that countries have responsibility for the actions of the fishing vessels they license, even when those boats operate abroad. The tribunal held that “flag states” have to take “due diligence” measures to ensure that the boats they license obey regulations in other countries. If not, the flag state can be taken to court by the country where its boats are fishing through illegal, underreported, or unregulated (IUU) means.

This means that the Gambia, for example, could take the European Union to court if a boat flying the German flag nets more than its allowed catch and the EU cannot demonstrate that it took measures to prevent such misconduct.

The tribunal made its ruling in the form of an advisory opinion responding to a request filed by the Sub-Regional Fisheries Commission (SRFC) in 2013. The commission manages fisheries and inter-state cooperation between the West African countries of Mauritania, Senegal, Cape Verde, the Gambia, Guinea-Bissau, Guinea, and Sierra Leone.

“Half the capture in these waters is illegally fished,” said Diénaba Bèye Traoré, head of the commission’s department on policy and legislation and its agent to the tribunal, in an interview with mongabay.com.

Foreign trawlers from as far away as the European Union, Russia, China, and South Korea comb the waters of West Africa looking for small pelagic species like sardines, mullet, and mackerel, Traoré said. Many boats catch more than they are allowed to under bilateral international agreements. Some visiting boats also fish without permits.

“When we report to flag states that there are foreign vessels in our exclusive economic zone, there is no feedback,” she said. “So we went to the tribunal for legal support.”

IUU fishing is thought to be particularly common in West Africa, but it is hardly exclusive to the region. The global economy loses $10-23.5 billion annually from IUU activity, according to the latest comprehensive estimate, from 2009.

The International Tribunal for the Law of the Sea is one of four venues where parties to the United Nations Convention on the Law of the Sea (UNCLOS) can settle disputes. Since UNCLOS was opened for signature in 1982, it has gained 167 parties, including China and the European Union. The United States is a vocal non-party to the convention. 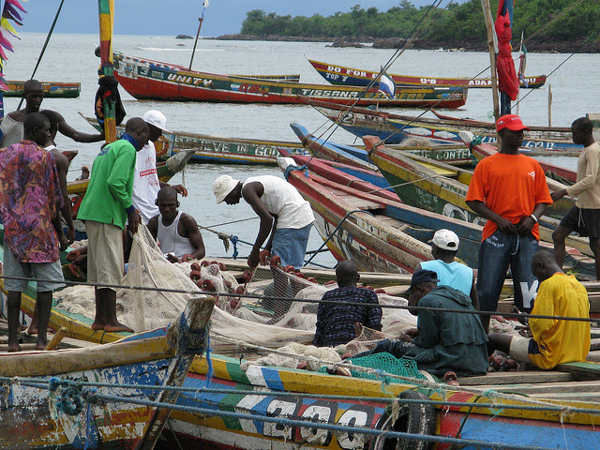 Local fishermen tend their boats in Tombo, a busy fishing village in Sierra Leone. The nation is one of several in West Africa dogged by foreign vessels engaged in illegal, underreported, or unregulated fishing. Photo credit: BBC World Service.

The tribunal’s advisory opinion stated that a flag state must “take necessary measures, including those of enforcement, to ensure compliance by vessels flying its flag with the laws and regulations enacted by the SRFC Member States” and that it must investigate reports of IUU violations.

It further ruled that “SRFC member states may hold liable the flag State of a vessel conducting IUU fishing activities in their exclusive economic zones" for breaches if the flag state doesn’t provide “due diligence,” including “enforcement” and “administrative control” over the boats it licenses.

The tribunal also ruled that SRFC member states must cooperate to ensure the sustainable management of the fish stocks they share, and that when it comes to sought-after tuna species they have the right to require cooperation from foreign states whose nationals fish in their waters.

The opinion states, "the jurisdiction of the Tribunal in the present case is limited to the exclusive economic zones of the SRFC Member States." However, some observers interpret the advisory opinion as having a wider application.

“The tribunal did not make a new law, they just clarified the current law for fisheries,” WWF-International marine manager Jessica Battle, told mongabay.com. Battle said the ruling re-emphasized the obligations of a “flag state” as defined by UNCLOS, and serves as a reminder and clarification for all parties to the convention, not just the states involved in the case.

“The impact of this ruling is global. Flag states need to make sure that their vessels are not in breach of local laws. If not, they can be brought to the tribunal, the International Court of Justice or an arbitration tribunal depending on the infringement,” Battle said.

WWF, which praised the ruling in a press release, filed two "friend of the tribunal" briefs during deliberations leading up to the ruling.

Certain parties to UNCLOS may see the ruling and its implications differently. In written statements submitted to the tribunal in advance of its deliberations, the EU questioned whether the SRFC’s request was admissible in the first place on technical grounds and China said that the tribunal was not entitled to offer “advice” or “opinions,” only to arbitrate disputes between parties. These disagreements will likely come up next time the ruling is referred to legally.

In the meantime, Traoré said that SRFC is going to adapt its own conventions to match the ruling on sustainable fisheries management. She added that further follow up, including determining how SRFC will approach flag states of foreign vessels found fishing illegally in its members’ waters in the future, would be decided “very shortly.”