Energy has become a contentious and politicized topic, spurring activism, whether it be the fossil fuel divestment campaign, Keystone pipeline protests, or concern over wind turbine harm to birds. But whatever energy future we choose, two things are clear: an expanding human population will need more energy, and no matter what energy source we pick, it will have landscape-scale impacts on biodiversity and ecosystem services.

In a recent extensive literature review, scientists Nathan F. Jones, Liba Pejchar, and Joseph M. Kiesecker looked at the impacts of what they call “energy sprawl” on natural landscapes.

The study presented in the journal BioScience analyzed 276 published peer-reviewed articles that looked at the landscape effects of oil, natural gas, and wind production infrastructure worldwide, in order to compare their impacts on biodiversity and ecosystem services — wildlife mortality, habitat loss and fragmentation, noise and light pollution, invasive species, and changes in carbon stocks and freshwater resources. 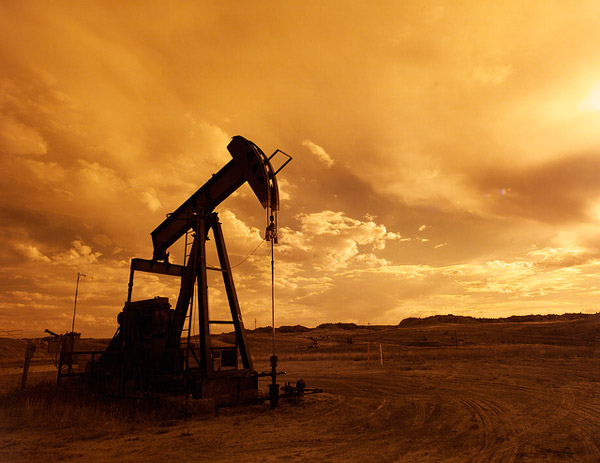 A pump jack silhouetted at sunset near Casper, Wyoming. Photo credit: US DOE.

Throughout their review, the scientists reaffirmed the obstacles of drawing any sweeping conclusions, due to uneven representation of various energy sources in the existing literature, and due to potential biases. Their paper does offer solutions: “strategies for evaluating, predicting, and planning for the impacts of energy development on the landscape,” and for making better informed energy infrastructure choices in the future.

The challenges of comparing types of energy sprawl

When the researchers compared the landscape-scale impacts of one form of energy versus another, they discovered large gaps in the existing scientific literature.

Wind power, for example, is often seen as environmentally preferable to traditional oil and gas production because it releases smaller quantities of greenhouse gases. However, this fact completely ignores the on-the-ground ecosystem and biodiversity impacts of wind installations, which have seen a 23-fold increase since 2000.

The researchers told Mongabay.com in an email that they were surprised to learn that — perhaps due to the novelty of wind technology — there have been far fewer studies looking at its ecological impacts as compared to oil and gas extraction. This lack of data may indicate a bias in considering wind as “most suitable” rather than “least harmful.”

The scientists also discovered that, while there is little data on wind energy infrastructure impacts overall, there is a tremendous amount of data on mortality to bird and bat populations. Oil and gas studies, they found, covered far more ground, looking at habitat loss and fragmentation, and at impacts to birds, ungulates such as deer, and plants. 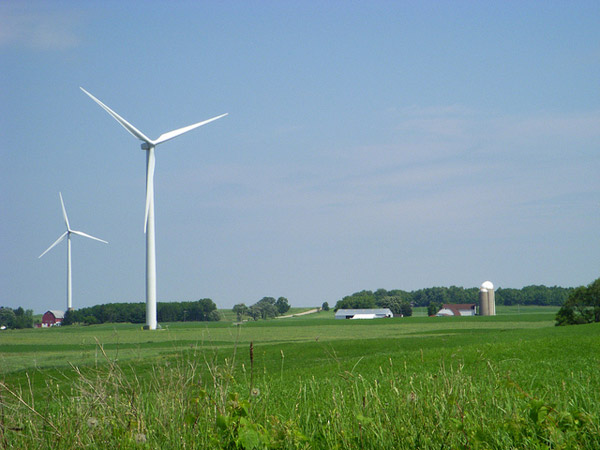 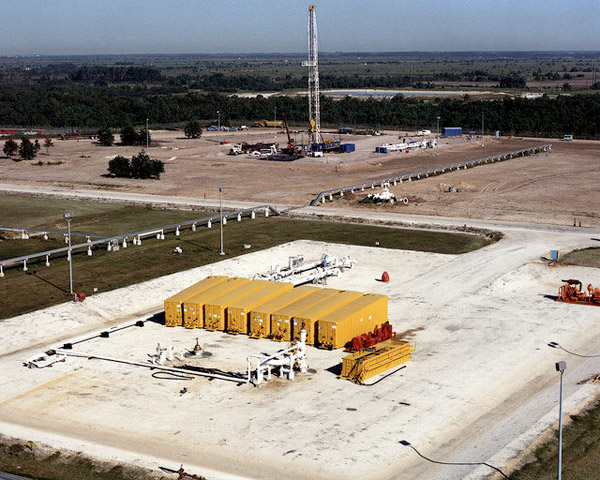 There are still big gaps in oil and gas infrastructure research. “In contrast, it was concerning that there is so much attention on direct [bird] mortality caused by wind energy, but little to no information… [on] the effects of [natural gas] flare stacks and gas compressors on wildlife mortality,” author Liba Pejchar told Mongabay.com in an email. Existing studies barely, if at all, touch upon the topics of noise pollution, light pollution, invasive species, water quality and quantity, and carbon sequestration.

The researchers determined that the United States is the subject of about half of existing studies, making all conclusions hyper-relevant to a nation with one of the world’s biggest energy footprints. But they also noted that far fewer studies have been done abroad, where energy production is booming and where research on impacts is vitally needed.

The gaps in current knowledge discovered by the researchers allowed them to point out where further research is needed. They observed, for example, that much energy site data is held by hired consultants and rarely publicly available. They urge the development of comprehensive wildlife mortality data collection and management tools.

Wind production entails less physical construction than oil or gas, but it often sprawls across a larger land area, and therefore causes more habitat fragmentation than gas and oil production. In this sense, wind may appear to be more destructive to habitat.

But the fact that oil and gas production is less predictable can cancel that advantage. If exploratory oil or gas drilling at a specific site results in a dry well, for instance, ecosystem destruction at that site served no purpose; whereas wind turbines are only installed in locations where there is a guaranteed wind source.

A major benefit of wind energy is that its equipment can be installed in ecosystems that have already been disrupted by industry, mining, or agriculture.

All energy facilities require construction of new infrastructure and transportation networks. One outcome of this landscape change can be the introduction of new species that compete with extant and native ones. Another outcome is the change in carbon-absorbing plant communities, which can extensively alter the local carbon cycle, and reduce sequestration capabilities, contributing to climate change.

It is widely accepted by biologists that the new roads built to serve oil, gas and wind energy production operations may facilitate, or even directly allow, the transportation of invasive species, but specific cases are largely undocumented, so scientists are forced to rely on their general knowledge regarding invasive species introductions. 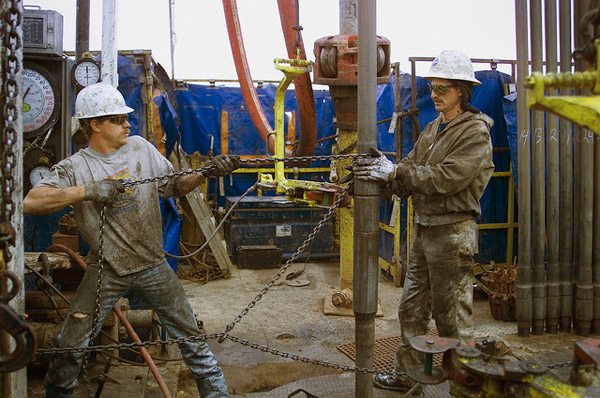 “Invasive species are a leading driver of the decline of native species,” said Pejchar, which is why she was surprised at the paucity of “science on the footprint of energy development [as it impacts] the spread of invasive species or the loss of carbon storage/sequestration through habitat alteration.”

Only eight studies reviewed by the research team dealt with energy development and invasive species. None dealt with carbon losses due to vegetation and soil alterations. Clearly, more research is needed in both areas.

One way to end this uncertainty, the researchers wrote, is to “adopt a landscape perspective to assessing impacts on biodiversity and ecosystem services.” While individual site analyses are useful, the establishment of overall “best practices” would greatly reduce the threats that energy development pose to wildlife. Aerial imagery is an especially useful tool in reconciling both local and best practice goals. Mitigation of destructive effects should encompass not just local sites but entire regions. However, defining the ecological reach of a particular energy production site can be a challenge.

The paper spotlighted the need to “model the propagation of noise and light pollution from sources in energy developments, and identify the landscape characteristics (e.g., topography, elevation, and land cover) that may affect these sources of disturbance.” 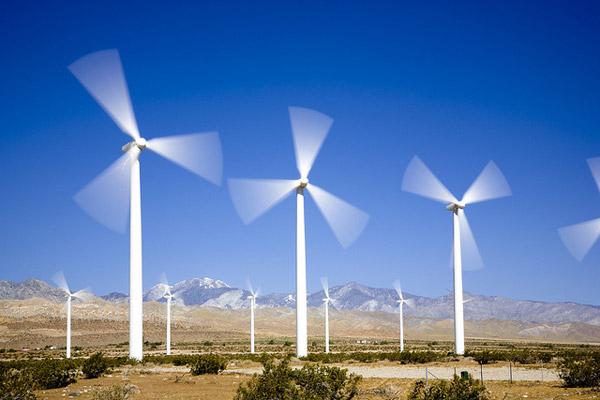 Geospatial models in conjunction with better imaging, quantitative data, understanding of landscape attributes, and development histories could also help to predict the probabilities and outcomes of invasive species introduction.

The researchers lamented the lack of energy studies in developing countries. Such studies are becoming increasingly important as these nations provide more of the world’s energy. By studying mistakes made in the United States, and doing new research, the designers of new energy infrastructure in Asian, African and South American countries have the opportunity to build more eco-conscious production facilities.

“The goals of energy development and conservation need not be mutually exclusive, but they will require a sea change in how we think about and plan for development,” concluded the researchers. “Proactive thinking about how to avoid or minimize conflict between these goals at all states — citing, construction, extraction, mitigation, and restoration — will be crucial.” 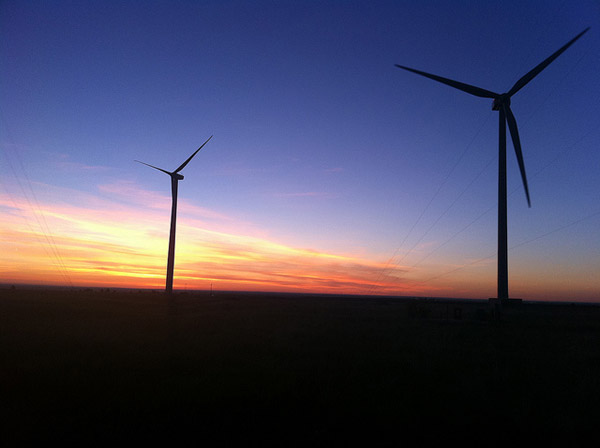