Your name here: auctioning the naming rights to new species to fund conservation

A newly discovered beetle species, Cactopinus rhettbutleri, was named after mongabay.com’s founder to fund the preservation of Ethiopian forests.

Meg Lowman is on a mission to save northern Ethiopia’s church forests, one at a time. Numbering around 3,500, these small “sacred” patches of forest surrounding churches are isolated natural oases in Ethiopia’s otherwise mostly agricultural terrain, and they are losing ground to human activity at an alarming rate. Church forests are considered critical conservation areas. They are home to hundreds of species found nowhere else in the world, with new discoveries still being made.

These discoveries inspired Lowman to try a new strategy for fundraising: auctioning off the naming rights to new species. Lowman, a forest canopy ecologist and the science and sustainability director for the California Academy of Sciences in San Francisco, explained her reasoning to mongabay.com.

“I started the auction program to save Ethiopian forests, because this country is not only underrepresented by scientists and NGOs in general, but also because Ethiopia’s northern forests are almost extinct. As a scientist, I cannot sleep at night knowing I discovered and named a species, but that I did not conserve its habitat. We can do all three — discover, name, and conserve species and their habitat. But we need to start yesterday,” said Lowman. 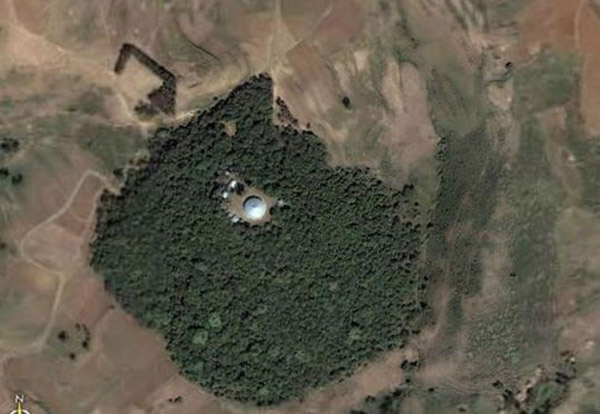 To kick off the new program, Lowman held an auction for the naming rights to a tiny beetle endemic to the thorny valleys of Oaxaca, Mexico. She also placed the highest bid — $1,700 — naming the beetle after Rhett Butler, mongabay.com’s founder, with a message calling Butler “an icon for rainforests” and the donation “a token of appreciation from conservation biologists worldwide.” 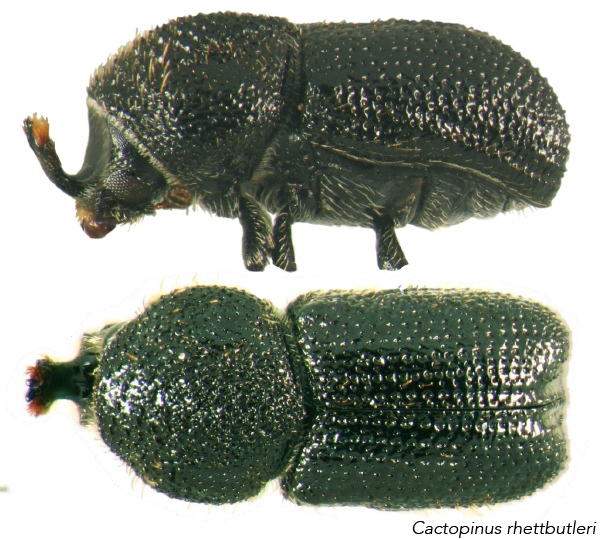 The beetle was discovered by a biologist named Thomas H. Atkinson now retired from the University of Texas, Austin. Atkinson and other entomologists have offered the naming rights to their new species to colleague Lowman for auction, to conserve Ethiopian forests. Lowman said the $1700 the auction raised will pay to demarcate the boundary of a church forest in Ethiopia to protect it from encroachment.

Traditionally, a new species takes the name of the scientist credited with its discovery, of a family member or colleague of the scientist, or of the location where it was found. However, that custom is giving a little ground to naming auctions. For instance, in 2014, marine biologist Charles Messing raised $6,150 through an eBay auction for naming rights to a sea lily he discovered. In 2007, the naming rights for 10 species of fish raised more than $2 million for conservation efforts in Indonesia. And in 2005, the Wildlife Conservation Society raised $650,000 by auctioning off the naming rights for a Bolivian monkey.

Lowman is currently running another auction on the website of the Tree Foundation, a Florida-based forest conservation organization that she founded. This one is for the naming rights to another tiny newly discovered species of beetle — this one a pygmy borer bark beetle in the genus Hypothenemus. The species is common in twigs of trees from Florida to Texas, but taxonomists overlooked it until its recent discovery by University of Florida student Andrew J. Johnson. The auction will be open until midnight on May 15 (EST). 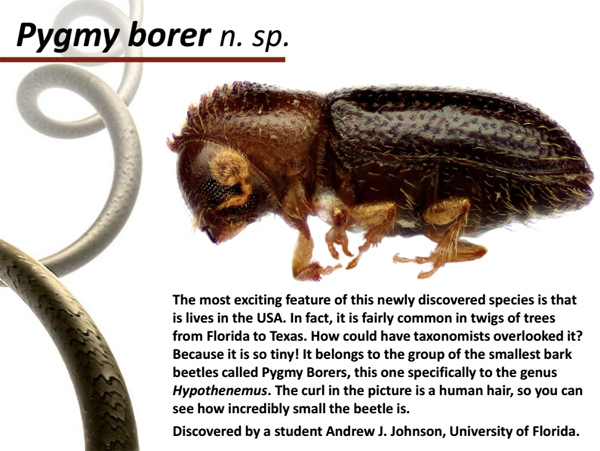 Pygmy borer, the next beetle to have its naming rights up for auction. Photo courtesy of Andrew J. Johnson.