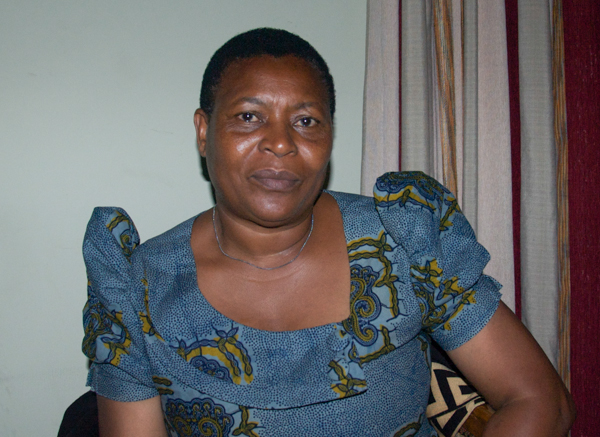 In the late 1980s, Bertha Mjawa remembers seeing endless quantities of fruits and vegetables getting thrown out across Tanzania because rot or insects had gotten to them. Mangoes and tomatoes, sweet potatoes and cassava—staples in many Tanzanian homes—were going bad before they even reached consumers. It was a normal sight, but it saddened Mjawa, who had a background in nutrition and hated to see precious calories and nutrients going to waste.

She noticed that when the government and development organizations talked about hunger and the potential of agriculture to reduce it, they talked about boosting crop yields. No one was talking about the huge reserves of locally produced food that were lost before they even reached the market—during the so-called post-harvest stage—because farmers didn’t have good ways to store them. It was just the way things went; food waste, it seemed, was an accepted part of a farmer’s life.

“‘What is this ‘post-harvest’ she’s talking about?'” Mjawa said was the reaction she received whenever she broached the topic. But she wasn’t talking chump change. Tanzania has lost between 17 and 22 percent of its corn crop each year since 2003, according to the African Postharvest Losses Information System, a database and network of cereal grain experts in Africa. While country-specific statistics are hard to come by for more perishable crops, the UN Food and Agriculture Organization estimated in 2011 that more than a third of fruits, vegetables, roots and tubers are lost across sub-Saharan Africa during the post-harvest stage.

In 1994, while she was working as an agricultural field officer for the Tanzanian Ministry of Agriculture, Mjawa traveled to the Philippines to see how a German nonprofit was working to minimize losses of several crops, particularly coconuts. The program focused on value addition —taking steps such as sorting or packaging that enable a raw crop to last longer and the farmer, usually, to sell it at a higher price.

"That’s when I saw the potential," she recalled. "Every house! Every house was doing value addition." Post-harvest crop losses plague most developing countries, but very few people and resources have been focused on eliminating them. The coconut program in the Philippines was an early exception, and it inspired Mjawa to dedicate her career to solving Tanzania’s post-harvest waste problem. 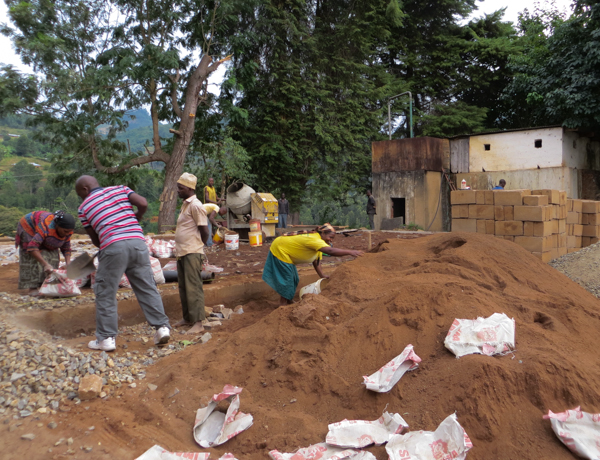 She returned home with a sense of mission. She started her own business processing commodity crops and training entrepreneurs in food-processing skills. Over the years, she rose up the ranks within the ministry to become a senior agricultural officer. Her role was to bring the government up to speed on post-harvest issues and develop policy, prepare best-practice guidelines, and disseminate them to agricultural extension officers. She managed to convince the government to create an office dedicated to post-harvest crop losses in 2002; it would be housed within the Ministry’s food security office.

It was hard at the beginning. She may have had an office on paper, but that didn’t translate to much in the way of resources. Lisa Kitinoja, founder of the Oregon-based Postharvest Education Foundation, which trains people around the world on post-harvest practices, recalled talking with Mjawa about the creation of the office in its very early days. Full of excitement, she congratulated Mjawa and asked how things were going. Mjawa’s response: "Lisa, I don’t even have a pencil."

Despite the slow start, Mjawa managed to grow the office to about a dozen staff members who are now doing more to reduce post-harvest losses than many other countries. On a visit to Tanzania in late February from his home in Cameroon, Frederick Mbah of the nonprofit Sustainable Community Development said he sees plenty of crops going to waste at home but the government hasn’t done a thing about it. Kitinoja plans to include Tanzania as one of three countries with models that others could follow in a policy paper she is preparing for the UN Food and Agriculture Organization.

Mjawa, 56, stands just a little over five feet, but has a commanding presence. She accomplished all of this while raising three children. Mjawa never stops moving—she’s back from church by 7:30 every morning and spends most days on the road. She had a tired look on her face at the end of a day of nonstop meetings. “As of now, this is my lunch,” she said over a meal at 8:30 pm. She’s eating fish, vegetables, and rice inside a bar overlooking the swimming pool at the Arusha hotel that she’s been stopping into all week for quick meetings with Kitinoja and other visitors.

One of the most successful pieces of her office’s strategy sounds unbelievably mundane: the office first started training agricultural extension agents on post-harvest practices, and then handed the supervision responsibility for the extension network over to local governments. Elsewhere, extension agents almost universally focus on increasing production, so it’s quite forward thinking of Tanzania to train them on post-harvest management as well, Kitinoja said. And delegating these resources to local control is crucial for matching services appropriately with local needs, since approaches that work in northeastern Tanzania may not in the southwest.

The office has also been working with independent nonprofits to test and roll out equipment for protecting staple crops like maize from insects, rodents, and mold. And it is working with the private sector to help companies and farmers identify partnership opportunities. For example, in Lushoto, a major vegetable-growing district in the northeast of the country, local farmers now sort and pack snow peas at a new packhouse where an export company picks up their peas in a refrigerated truck. There are other packhouses in Tanzania, but they’re privately owned. The local government that supported construction of the new one is so pleased with its success that it now plans to build more packhouses for other fruits and vegetables. And the agriculture ministry is working with other local governments around the country to come up with similar projects that connect farmers with more profitable markets and also reduce the amount of food discarded because it goes bad waiting for a buyer. 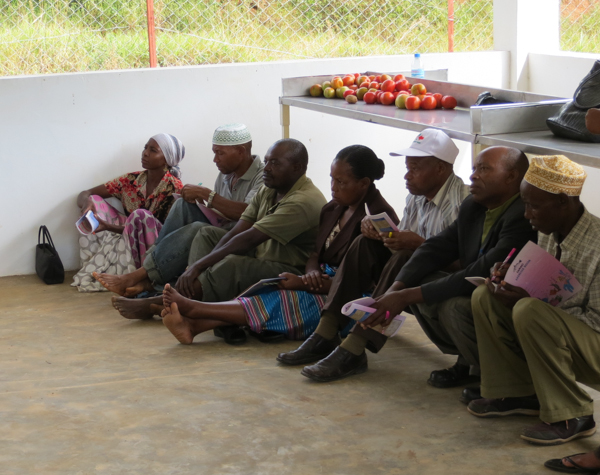 Farmers sit outside a new publicly funded packhouse in Lushoto, Tanzania, listening to a presentation about new equipment. The packhouse is used mainly for snow peas, an export crop. Other vegetables like tomatoes pass through during the snow-pea off-season. Credit: Rachel Cernansky.

Mjawa has also encouraged ministry staff and others around the country to take classes on post-harvest management—in particular an online workshop offered through Kitinoja’s foundation— so they can share those skills with other local officials.

Janne Remmy, a private consultant in Arusha who helps farmers improve production and reduce post-harvest losses, was one of the first graduates of Kitinoja’s workshop. She credited Mjawa with her own involvement in the post-harvest side of agriculture, which she now regards as crucial, and with the country’s larger effort to optimize agricultural production. She added, though, that Mjawa’s contribution is much bigger than that—really, she got the whole country involved. “From the top, they don’t know much. She has the influence. She was the one to get the private sector into this,” Remmy said.

That—the private sector—is Mjawa’s latest focus. She sees the involvement of businesses as key to ensuring that waste reduction efforts will be economically scalable and sustainable. With attention to the issue increasing across Tanzania, Mjawa left her post at the ministry in 2012 and now works for a government-affiliated project called Market Infrastructure, Value Addition and Rural Finance (MIVARF). It’s an effort to go beyond training farmers on tactics to reduce losses and instead provide the market and finance mechanisms needed for success. Currently, a farmer can change her own practices to keep her tomatoes in pristine condition, but without change in how the overall market works, there’s no guarantee she’ll get any more money for them than she did before.

Several sources consulted for this article said all these efforts are reducing food waste on the ground, albeit slowly. However, there is little data yet to prove it. Mjawa said Tanzania’s Bureau of Statistics and the Ministry of Agriculture have jointly collected data on post-harvest losses, but have yet to analyze it.

Asked why so many countries still aren’t taking any initiative at all, Kitinoja noted a few other notable efforts on par with Tanzania’s, and traced each of them to a particular individual.

"Why it’s starting in Tanzania is Bertha. She’s been working on this for more than 10 years. She’s brought her own resources and training to the people that are now doing the work," said Kitinoja. "Someone has to be the champion."

In Tanzania, Mjawa is the champion.