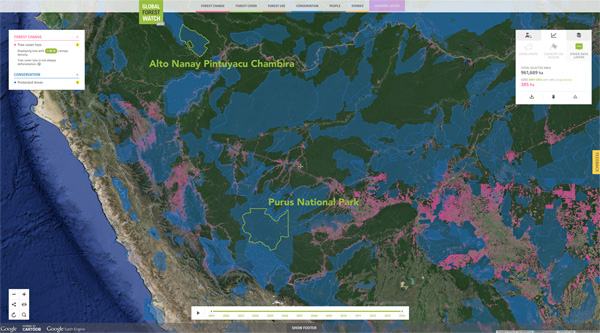 New NASA data shows a jump in forest loss in two remote parks in the Peruvian Amazon during the first three months of 2015. 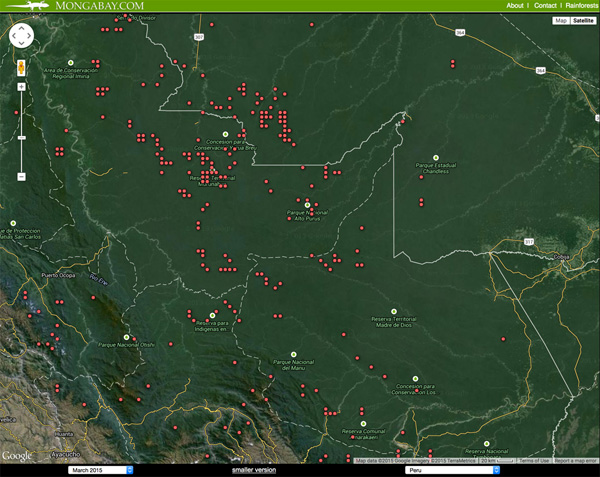 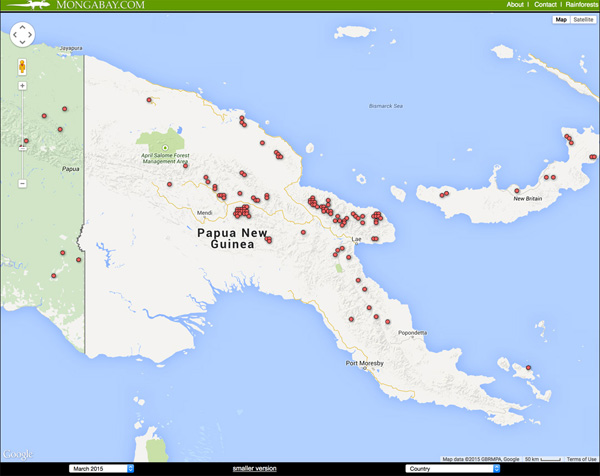 GloF-DAS was developed in a partnership between NASA Ames Research Center, Cal State Monterey Bay, and Mongabay.com. The system was honored as a finalist for the Katerva Award, a prize that has been called “the Nobel Prize of Sustainability”, in 2013.