Lima to restore pre-Incan aqueducts to alleviate its water crisis 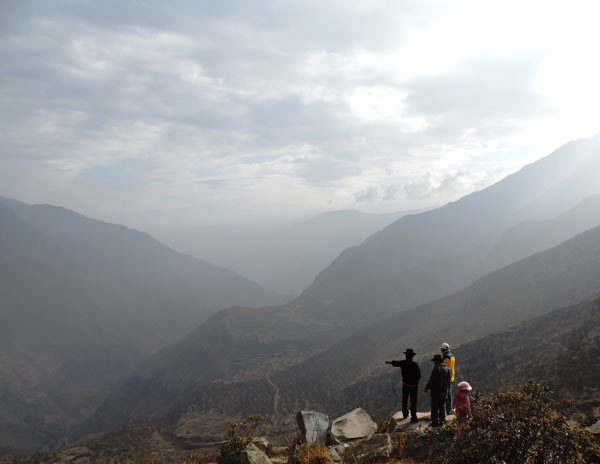 Andean community leaders show hydrologists and project developers from Lima damaged amunas. These pre-Incan canals collect excess river water in the wet season so it can recharge pools and groundwater supplies for use in the dry season. Credit: Gena Gammie.

To tackle a looming water crisis, the city of Lima, Peru, is planning a series of green infrastructure projects, including the restoration of an ancient network of aqueducts in the mountains above the city.

With a rapidly growing population of around 8.75 million Lima is the world’s second largest desert city, and no stranger to water shortages. Three main watersheds supply the city, supplemented by additional water transported in from across the Andes. The city currently faces a water deficit of 43 million cubic meters per year, even though it receives more than enough water during its extremely rainy December-through-May wet season to meet its needs year round.

Much of the grasslands and wetlands in the Andes Mountains surrounding the city are degraded from livestock and agricultural activity, causing the rainfall to run off and make its way to the ocean rather than soak into the land and replenish water supplies. Climate change is likely to add to the city’s water woes — if it isn’t doing so already, Bert De Bievre, a water resource engineer with the Lima-based sustainable development organization CONDESAN (Consorcio para el Desarrollo Sostenible de la Ecorregión Andina), told mongabay.com. 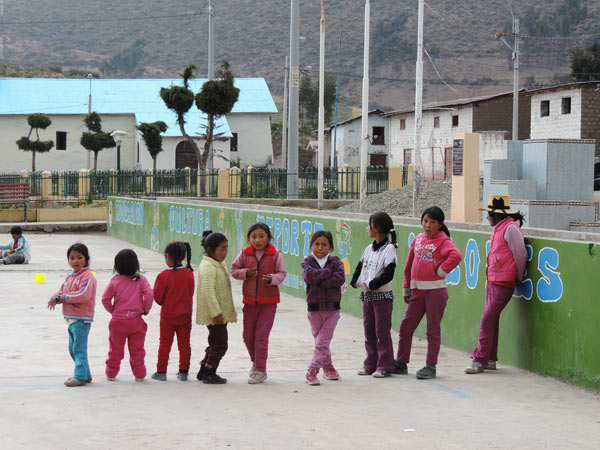 Girls at play in a small Andean community in a watershed that supplies Lima. Credit: Gena Gammie.

Lima’s water utility, SEDAPAL (Servicio de Agua Potable y Alcantarillado de Lima), plans to invest $112 million to address the issue, according to an April 8 press release from the U.S.-based non-profit organization Forest Trends. The utility will direct nearly 5 percent of the fees it collects from water users toward funding the plan. Of the total investment, $23 million is designated for green infrastructure projects — the most any city or water utility in Latin America has committed to green infrastructure to date, according to the press release. Another $89 million is designated for climate change adaptation and disaster risk reduction. Late last month the national water regulator, SUNASS (Superintendencia Nacional de Servicios de Saneamiento), tentatively approved SEDAPAL’s plan and is expected to make a final approval after a public hearing later this month, the press release stated.

Specific green infrastructure projects have yet to be determined, but SEDAPAL officials have indicated that they will pursue interventions outlined in a report produced by Forest Trends and several partnering organizations, Gena Gammie, Forest Trends’ water initiative manager, told mongabay.com. Those interventions focus on restoring degraded grasslands and wetlands in the mountains above Lima so the land can better absorb water during the wet season and slowly release it to prolong water availability during the remainder of the year.

“Projects that compensate communities for taking cattle out of those grasslands, or instituting rotational grazing practices that avoid loss of vegetative cover and soil compaction, allow those grasslands to regenerate,” said Gammie, a co-author of the report. 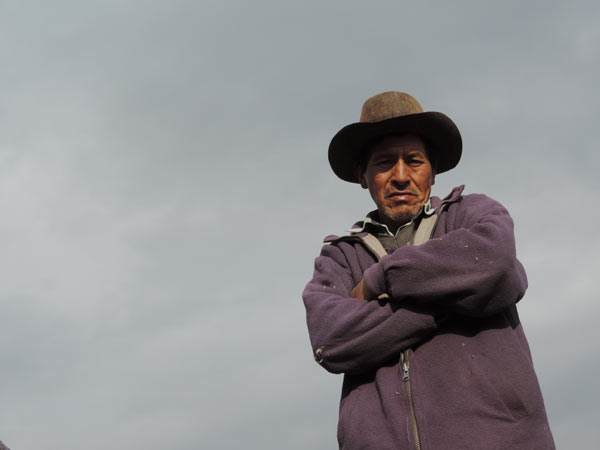 A resident of an Andean community located in a watershed that supplies Lima. Credit: Gena Gammie.

SEDAPAL is also considering reforestation projects and the restoration of ancient terraces, she said. But perhaps the most unusual intervention on the table is the repair of ingenious, centuries-old canals called amunas that were carved into the mountainsides sometime before the rise of the Incan empire in the 15th century. It is unclear which pre-Incan culture first built the amunas. Subsequent cultures maintained them through the centuries and local communities still operate some of them today, but many have been abandoned and require repair, said De Bievre, a co-author of the report.

The amunas will now be re-grouted with cement to restore their original function of redirecting water that overflows from rivers during the wet season into drainage ditches. From the ditches the water slowly percolates into constructed pools and natural springs down slope, often emerging several months after the initial rainfall. Water from these springs and pools can be used for agricultural irrigation, and the rest recharges groundwater reserves.

“‘Gray infrastructure tools,’ like pipes and sewers, have their place, but we need to restore and protect the watershed and re-grout the amunas to preserve and increase the quality and quantity of water in the river basins,” SUNASS president Fernando Momiy Hada said in the press release.

The Forest Trends report indicates that its green infrastructure recommendations would be more effective than conventional methods and could be implemented at competitive costs. Gammie estimates very roughly that the city’s investment in green interventions could yield an annual increase of 40 million cubic meters of water — enough to nearly fill the dry-season deficit of 43 million cubic meters. 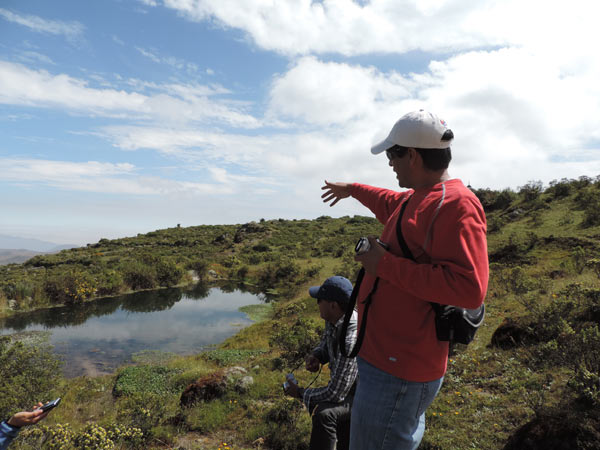 A pool of water in an Andean community above Lima. A pilot project restored amunas and puna grasslands in the area in an effort to capture abundant wet-season rainfall for use during the dry season. Credit: Gena Gammie.

Lima is not alone in facing a severe water shortage. Cities and regions around the world, from California to Borneo to São Paulo, Brazil, are grappling with the same problem.

“Latin America is a hotbed of innovation when it comes to tackling the global water crisis, and Peru is a leading country in Latin America,” said Michael Jenkins, the president and CEO of Forest Trends said in the press release. “This is exactly the kind of leadership and creativity we need if we’re going to confront similar challenges around the world.”