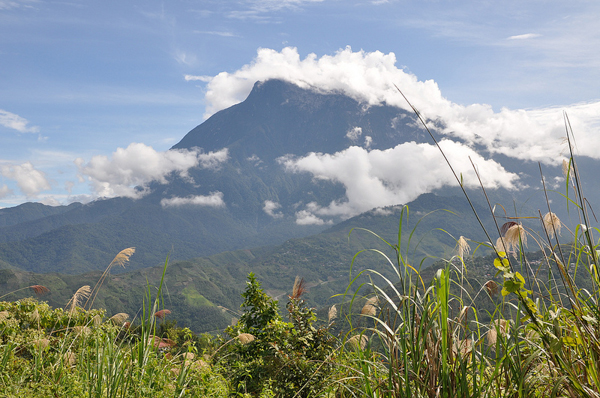 Activists are calling on the government of Sabah, Malaysia, to reconsider the proposed Kaiduan dam, saying the Infrastructure Development Ministry (IDM) has not considered other solutions to Sabah’s looming water crisis and has failed to consult with the indigenous people who will be displaced if the project proceeds.

The government first proposed building the Kaiduan dam in 2008. The IDM insists the project is necessary to ensure an adequate water supply for the west coast of Sabah, one of the two Malaysian states on the island of Borneo. The dam would be built on the Papar River in the Ulu Papar valley, and would be 150 meters (492 feet) high, according to the website of the Taskforce Against Kaiduan Dam, a group that opposes the dam. It would submerge as much as 12 square kilometers (about 3,000 acres) of forest and parts of the Crocker Range, which the Sabah government itself nominated to be a UNESCO Biosphere Reserve and is home to numerous endangered species. An associated water treatment plant would be built some distance away.

The number of homes and communities that will be impacted is one of the hottest points of contention. IDM officials have asserted that only 110 families will be displaced. But in a statement issued on March 26, a group representing affected communities that oppose the dam called Sabah Save Rivers argued that each of the 110 homes that will be rendered uninhabitable houses two or three families. The group’s website asserts that more than one thousand indigenous people belonging mainly to the Dusun ethnic group will be ultimately displaced.

The IDM is ignoring Ulu Papar’s role as a watershed for the west coast of Sabah, as well as the part the indigenous villagers who will be driven from their homes play in conserving the ecosystems that all residents of Sabah rely on, Mary Giun, a spokesperson for Sabah Save Rivers, said in the statement.

“Indigenous people in the area are safeguarding the west coast’s water tank,” Giun said. “We want the public to be aware of this. One day, those who live in the city and its surrounding areas will be thankful to these very same communities who are struggling today to get the Government to listen to their side of the story.”

Giun said in the statement that the dam would rob local indigenous people of their ancestral lands and traditional ways of life. The government’s plan to resettle displaced villagers "is the worst nightmare for the community and it is like death for us," she told mongabay.com. “The younger generation of Ulu Papar will lose everything from their identity as Indigenous Peoples who are rooted in our soil, the historical sites, the local knowledge, culture and traditional belief which have a deep connection with the nature around us," Giun said.

The United Nations Declaration on the Rights of Indigenous Peoples calls on governments and institutions to consult with communities that will be impacted by development projects and to ensure that projects have their "free, prior and informed consent." However, the Sabah government has not initiated the consultation process with the indigenous villagers who will be displaced by the dam, according to an earlier statement Sabah Save Rivers issued on March 24.