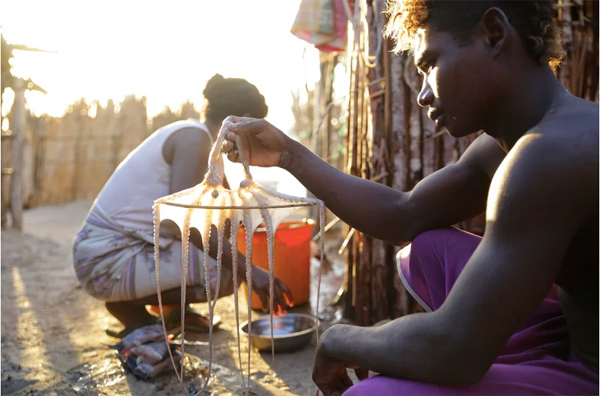 Hanging an octopus to dry. Courtesy of the Skoll Foundation.

Today the Skoll announced Blue Ventures, which piloted its approach in Madagascar a decade ago before expanding to other regions, was one of four organizations to be honored with the $1.25 million Skoll Award for Social Entrepreneurship. Skoll recognized Alasdair Harris, the group’s founder, for working with impoverished fishing communities to develop better methods for managing local marine stocks.

“Ten years ago, in a coastal village in Madagascar, Alasdair Harris tested an elegantly simple model that put Blue Ventures on the map,” said the Skoll Foundation in a statement. “He encouraged residents to take charge of their local fishery by cordoning off a small section of their octopus-fishing area for a designated period of time. When the area was re-opened, the community saw huge increases in their catch and incomes. Building on this success, local communities created Madagascar’s first local committee to manage and conserve marine resources.” 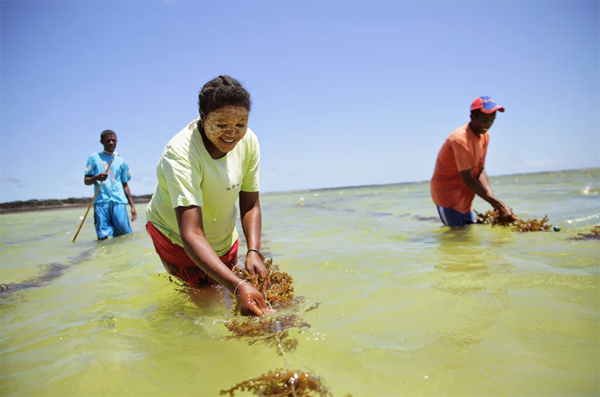 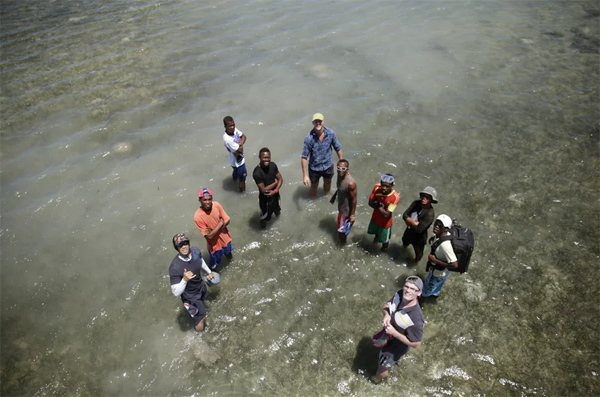 Harris says the organization’s work shows that protecting the environment can be a profitable endeavor.

“Conservation doesn’t need to be about taking less,” he said. “It can be one of the highest-yielding investment opportunities on the planet.”

Other 2015 Skoll Award winners include Ma Jun of the Institute of Public and Environmental Affairs for his work on exposing environmental problems in China; Safeena Husain of Educate Girls, which helps girls in poor rural communities in India get access to education; and Jagdeesh Rao Puppala of the Foundation for Ecological Security, an Indian NGO that helps villagers secure community rights to publicly-owned land to manage it more sustainably and productively.

“Social entrepreneurs dare to change the world,” said Jeff Skoll, Founder and Chairman of the Skoll Foundation, in a statement. “Within every social entrepreneur is an unwavering belief that big, seemingly intractable problems offer unsurpassed opportunities. By instigating seismic change in our society where it is desperately needed—in the education of girls and the protection of resources like our air, oceans, and public lands—these four entrepreneurs are giving us good reason to believe in a radically better future.”