“This is a major breakthrough, both in terms of the enormous size of the shipment and in terms of the increasing sophistication of collaborative methods used by Indonesian authorities in making the bust,” said Wildlife Conservation Society’s (WCS) Executive Director for Asia Programs, Joe Walston. WCS assisted in the investigation through its Wildlife Crimes Unit (WCU).

Officials say the pangolins were poached on Sumatra and were destined for China. In all the haul was worth an estimated $1.8 million USD.

The smuggler faces a maximum sentence of five years in prison and maximum fine of $10,000 USD.

The pangolin in question is the Sunda pangolin (Manis javanica), which is listed as Critically Endangered on the IUCN Red List. Little-known to the general public, pangolins have the terrible honor of being the world’s most trafficked animal. Their scales are used in traditional Chinese medicine; their meat is considered a curative in East Asia; and even their fetuses are eaten.

Of the four species found in Asia, all are now considered either Endangered or Critically Endangered. As these species are wiped out, trafficking is now increasing on the other four species of pangolin found in Africa. 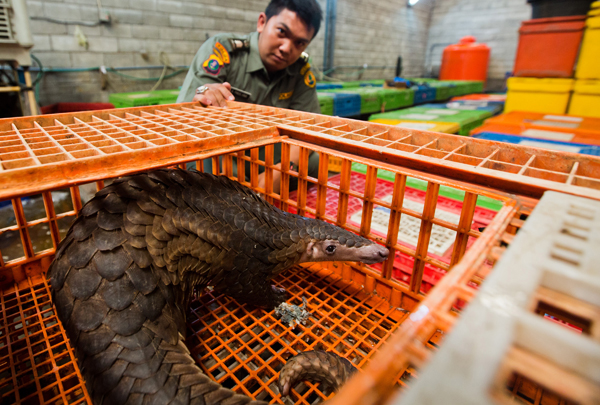 A live pangolin stares out from the poultry cage it had been locked in while an Indonesian law enforcement agent looks over. Photo by: Paul Hilton for WCS. 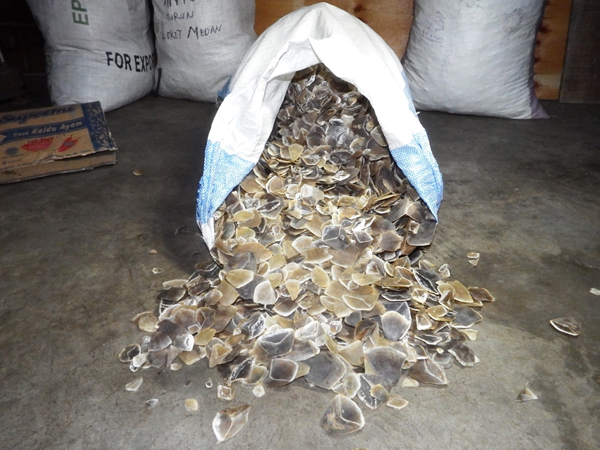 Pangolin scales from the recent confiscation. Photo by: Paul Hilton for WCS. 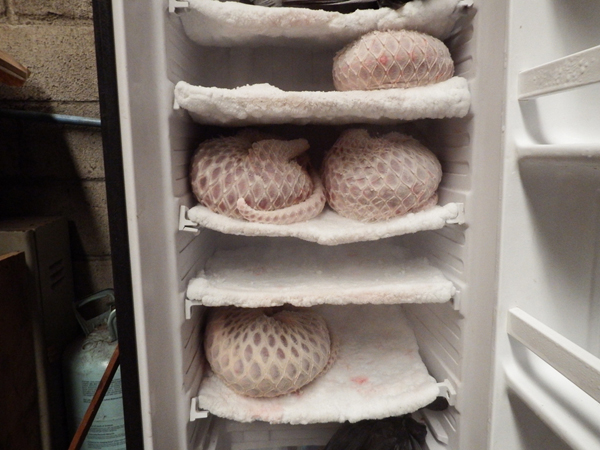 Poached pangolins in a freezer. Sunda pangolins are on the edge of extinction. Photo by: Paul Hilton for WCS.